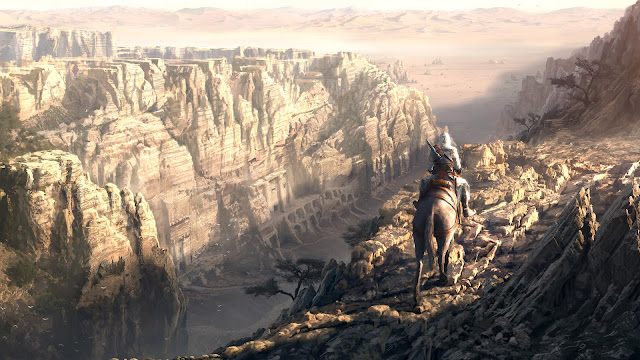 Im no killer DM if anything i am relearning game balance in DnD anew after 20 year absence. So running a Gygax module has been good. Party killing some mythic monsters and dealing with planar beings is good. Im a bit stingy on gold too so double learning curve.

Triple AAA Dungeoneers in the lost caverns:
Emy blindfolded herself cast gaze reflection and faced cockatrices ahead of party. A confused plan better suited to basilisks but did job. Fireball and flame strike hammered beasts one managed to peck a bear stoning him. Monsters dead and Druid used stone flesh potion to restore the bards young bear follower. Emy found eggs and collected. Found a scroll with some spells and a place where otherworldly evil had been stealing eggs for possibly centuries. Emy went to party lair and built a treasure nest and started to incubate eggs as a bird wizard she knew secrets of raising them.

Linden the bard, Humblezorg the sorcerer and Bloodknock the druid still hopped up on spells followed water filled tunnel using water breathing leaving followers behind. As they used light cantrips the aqua ghouls saw them and charged. Spells limited underwater oops. Bloodknock used frog leap to jump over ghouls onto island in cavern. Linden called a giant cave eel friend who nipped a ghoul and was torn apart. Humblezorg ran up wall and got to island too. Horrible melee ensued with party terrified of paralysis. Bard summoned a bigger eel and sung to aid saving throws. Mirror images saved day and two eels died. Humblezorg used fire to do most damage and monsters killed. Party scared but lived. Found ghoul cache with cash, awesome axe, two potions and pile of gems that took three loads to get back to Emy's treasure nest where she was sitting on eggs.

Party gathered except emy and got ready for assault on Xorn lair. Xorn demanded cash and part blasted with fire for no effect. Xorn not amused and tore bear into bloody chunks. They battered leader while he swore to eat delicious calcium from their bones.  He went down and the barbarian beserker now reincarnated as kobold was killed screaming for joy as xorn pulled him int tiny bits. Another xorn killed swearing when he can reform on this plane will be back with buddies in a hundred years. Hell kitty was injured first time ever and Clarrissa the witch just survived blow and dived into water begging the flying Humblezorg save her. Eels also shredded and bear beheaded before Humlezorg finished with magic missile.

Party gasping grabbed loot and friends corpses and returned to lair. Druid reincarnated barbarian/kobold as a gnome - a slight improvement in his mind. Bears raised by lower leverraise animal spell by druid and bard. All awed at horrible bloodbath and toughet fight ever. Rested up and gained level 9. Humblezorg caught witch and cat talking and secret out. They taught him lawful evil speech of the hells. Others learned gnomish to better get along with gnome friends.

Called early night - whole level cleansed and party planning how to set up a domain.

Next session a new dungeon level deeper than any party ever before!

Game Name: Cthulhu Metropolis
Type of event: Tabletop RPG
System/Setting: 6th edition Call of cthulhu (BRP)
Number of players: 6
Are you available for the minimum number of sessions? Y/N (Tabletops: 5 sessions; LARPs 1 session)
Blurb:
It is the year 2026 and the city of Metropolis dominated the world economy and houses 52 million persons. For the rich – a designer deco paradise of urban engineering. Where the rich live lives of pleasure the workers dwell in squalid subterranean factories. At its center is New Babylon – the control center where the head of the Metropolis Bank monitors everything - from global money markets to the thunderous work floors of the great machine beneath the city. Investigators from various walks of life investigate things hidden in the depths of the great machine. Meanwhile rioting workers swarm the streets seeking to burn the madwoman who flooded the undercity and drowned their children. A mash up of the book Meropolis by Thea Von Harbou and the Call of Cthulhu by HP Lovecraft and the silent films based on them both.