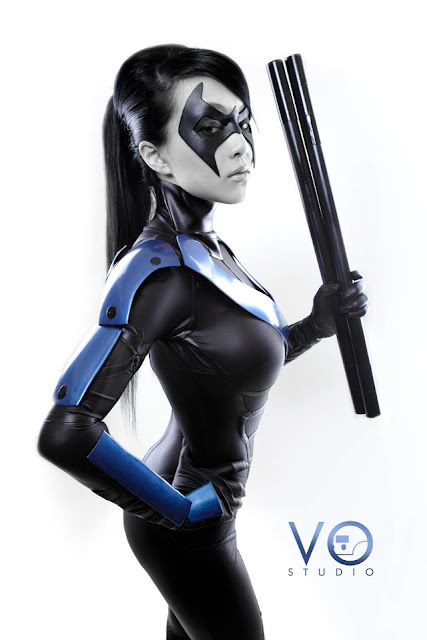 This was made in my 80s game on 3.5 floppies on an Amiga - had some probs with importing format - if only blogger had proper tables built in (does it?). Anyway In fisrt phase of game probably 84-87 built character acording to players idea based on self. After this i used this system for about 14 years adding extra "classes" as time went on - the second and third generation types. In this era was only one origin in world - the nemesis planetoid, an alien biomass.

INTERNATIONAL METAHUMAN DIRECTORY
2015 EDITION
Metahumans: From Whence did they come?
As long as metahumans have been known there have been attempts to rationalize their existence. The real questions are: how long have they existed?; how were they made?; and have any of are explanation even come close to the truth?

In Australia at least there is a sort of laconic honesty not found in other lands. Several noted Australian Heroes have provided different answers to the patriotic and psychotic illusions heroes elsewhere give freely.
The Australian Statesman Warlock (A hero since the 1950’s), despite the almost horrified tones others speak of him in, has always stated: “I’ve heard lots of stories about what Meta’s really are, but I don’t believe any of them, in my mind the case is still open”.

The once government hounded Hero Remote offers his own account:” Somewhere, between each of these accounts there is the truth, the trick is to find which essential elements are true”. The missing hero Discord (according to his fans), paradoxical as ever put it this way: “but so far only the occasional fragment of truth has appeared, unrecognized it is returned to the bosom of true Khaos”. Thanks for clearing that up.

Most heroes tend to agree heroes where kept hidden since the turn of the century by governments. WW2 saw secret international metahuman test treaties established. Most skeptical heroes use the - classifications first used by classically inspired European scientists. Other nicknames abound. Summarized on the next few sections are some of the more coherent theories on offer at the world metahuman convention Madrid, Spain 1996. This was compiled to help update the uninitiated with some of the competing directions this field has made since the first public metahuman battle in 91.

What the Media Reports
Popular Views today in the Media, Hollywood and on the Steet.....

Superheroes are the best, everyone dreams of being one. They are rich, glamorous and sexy. The media is self contradictory, jumping from trendy opinion to hot new account on a daily basis. Anything said by a hero will make it to print, and sure enough some crazy ignorant fan will believe the heroes word to be gospel.

Heroes were first reported in 1991 by world media. It became impossible to keep secret when a multiple meta punch up in New York city, which killed hundreds and turned downtown Manhattan into a warzone. Every move a hero makes is scrutinized by tabloid media. If a hero kisses, farts, takes drugs, or spends money, the people want to know.

Heroes dominate the news and tabloids along with politicians, pop stars and Hollywood actors. Heroes are used to sell soda pop, breakfast cereals, sports drinks, vitamins, weight machines, cars, beer, cigarettes or any product. Most become millionaires without too much difficulty.

Various popular theories say that they are: a) government propaganda hoaxes, b) decoys for an alien invasions in progress, c) humanities ultimate evolution, d) children of the age of Aquarius, e) eugenics experiments gone wild, f) horsemen of the apocalypse, g) secret weapons or h) all of the above.

There are also many human attempts to duplicate Superheroes with technology but they are secrets kept by corporations and the government. Other types of superheroes have been rumored such as cyborgs, aliens, monsters and other freaks. The facts are pretty confusing when any claim of origin is believed by the masses.

American hero Chroma claimed for years to be a battlesuit operator until he was filmed using his power to generate his matter shell. He has claimed the footage was a lie initially, but later said he had simply summoned it from subspace using his secret hi-tech belt-buckle. Most recently he claimed it was a holographic decoy to fool his enemies. Since Chroma’s death at the hands of Dr Magnum we may never know for certain what his powers actually were.

Nebulax has for years claimed to be a prince from a distant galactic empire. His costume features slimy green skin, black toad-like eyes and glowing jewelry. He has acted in a generally erratic manner since, one day he is an invader, next an ambassador, next a hunter of galactic criminals and space parasites. Telepathic probes reveal his belief is total, his real memories are untraceable.

I don’t see the government exactly complaining about this situation. Perhaps today’s media chaos is what big brother wants. Sadly if fools believe these silly daydreams, then reason will suffer. If the hero Millstone was struck by a strange comet, or the villain Zadron is tyrant of another universe then anything may as well be true. As if the world needed another excuse to be stupid. As long as heroes claim to be Egyptian gods, demonically possessed, werewolves, unlikely survivors of bizarre accidents, inventors of secret formulas or masters of magic, I don’t see the problem getting any better.

There are several popular names for meta types:
What Think Tanks Think
The MullerFokker Theory (As used by Military, Scientific Community, Corporations and Governments)

Muller&Fokker were Nazi scientists from the German Ubermench program of WWII captured and employed by the Americans. The more patronizing but less cynical approach of the British scientists have been kinder but the American and Russians use of Nazi theory dominated the cold war.

Basically the approach is cynical, paranoid and exploitative according to meta-rights activists. Governments and corporations constantly feud over metahumans as a valuable resource and security threat. The organizations who use this approach tend to control metahumans and create propaganda.

In 1992, the American automated anti-metahuman defense system (A.M.D.S ) was accidentally launched and created a new state where metahumans where killed, vivisected and enslaved by robots until 1996. Then pro-meta/anti forces overcame the A.M.D.S. system. Now world wide pro-meta rights activists have tried to have the Muller/Fokker theory banned. These activists have through the U.N. internationally banned the anti-metahuman technologies which the regime of the A.M.D.S. used. These includes matascanners, power restraints, explosive and electrified harpoon guns, self aware A.I.’s, combat robots, and more.

Observable strain of Metahumans:
Also there are several recent variants and human attempts to reproduce this technology:
These anomalies have been theorized and reported:
What the Left think

The latest view by popular writer and anti-metahuman campaigner Marion Kinson. Used by literati and academics mostly, this is fairly unpopular among the masses. She is kept under guard by the US government due to the metahuman threats against her. Most of her study was based on male metahumans studied on death row and in mental hospitals. She is an expert on metahuman prisons, restraint methods and a pioneer of the metahuman lobotomy. She believes that metahumans should be partially lobotomized and put to community service if they commit serious crime.

She theorized that metahumans are government laboratory products, the bastards of male science and the military industrial complex. She has also claims that hero identities are in fact corporate products like Mickey Mouse, Co-Co the Co-Co Pops Monkey or Ronald McDonald.

She identified these variants:
This theory disapproves of attempts to create meta-powers with technology as yet another race for military power and state propaganda. Such heroes she claims are made to lie to us, kill us and rob us. As female humans have been oppressed by males, so have meta-women, thus she recommends female metahumans be kept safe from harm or hostile interference.

The Lunatic Fringe
Cthulhu Mythos Cosmology (Occultist, Psychic, Secret Society, Mad Rant, Conspiracy Nuts)
In the distant past cosmic scale super entities visited our world, saw civilized species come and go, continents sink and made terrible wars through their servitor species. Man is an upstart species from old one experiments. At best we are slaves and can offer our souls to them as food.. At worst we are insignificant microbes beneath their titanic cosmic presence. Now they lay hidden and asleep, but soon they shall rise and the stars will be smothered in their glory. Metahumans were bred by servants of the space gods to provide host bodies for the Intelligence’s who’s psychic pretenses lay trapped beyond space and time. Many cults and groups have held some of these beliefs hidden among their esoteric doctrines, especially the magical orders such as the Golden Dawn, The Hellfire Club, The Freemasons, Templars, Assassins, Sufis, Gnostics, Theosophists, Druids, etc. Many such occultists have also subverted science with crazy genetic theories and complete amorality.
These enitities are products of the Dark Gods:
This metamythos is fraught with vagueness and contradiction. The notion of alien intelligence’s is consistent but the roll of humans in this scheme seems bleak. Different believers will have alternate names for space gods, servitors, hidden servitor colonies. Of course they couldn’t all be right or the world would be swarming with monsters, conspiracies and hidden occultists right?

Revelations from Gods Astronauts (Apocalyptic Religious, UFO Nuts, New Agers, Heretics)
The new age will be heralded by UFO’s and superhuman powers. God/Satan is the ultimate source of these miracles and shall form a major part if his rule of the world. Some speak of some vague new age spirit of universal godhead, others speak of Brahmah, Mara, Yaweh, or any other being as responsible. Some speak of the powers of good and evil commanding these forces in a cosmic stuggle. Those who serve the true god will get super powers, while the repentant ones will be forced to use use only slow old UFO’s. These groups are usualy heratics, mystics, gnostics or subgroups of some more mainstream religion like Hinduism, Bhuddism, Islam, Christian, Jewish, Confucian, etc. Various groups may be very hostile at the lies spread by a rival sects. Some are peaceful to the point of suicidal, others are fanatic survivalists and terrorists. Since the 70’s UFO New agers became a major group but they are particularly shallow and clueless. Many groups believe their exclusive truth excuses them of morality and the law.

Notes on Wereform
Choose one prime stunt at rank as the characters main were form ability. Then all following stunts can be used simultaniously. Cosmetic changes are inclusive, including fur/scales/tails etc. Natural weapons such as claws, teeth etc are inclusive providing an edged at attack.

Notes on Uni -Power
Includes Force Feild as standard power plus can earn stunts with no default CS, which may be used simultaniously. Make a power feat roll to change form, only 10 min per day total time. Receive more energy every night at midnight from Adam Eternal (or some manner from a source). Meldsuit only active in eternal form. Zero Karma attracts Adams Judgement or even other Eternals.