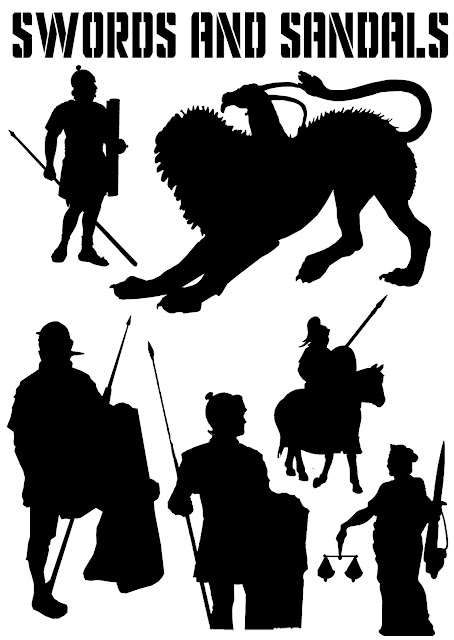 I didn't get my Roman entry on time and I'm kinda being self indulgent while sick but here are some Roman throw up tables for various FRP.

Kabaloi are kobolds but more amusing and can act cute to avoid slaughter and have large funny genitalia. If you befriend them not kill them they are charming rascally companions.

Arimaspi are humanoid cyclops men who wage war on griffons (the hounds of Jupiter) for their gold. I use orc stats. Are reputed to be beyond Scythia. Amazons in same area. Above them dwell the hyperboreans - some are winged others have wind magic. Stirge-owls are what DnD stirges base on a type of savage owl capable of bloodily dismembering victims.
Posted by Konsumterra at Thursday, January 31, 2013