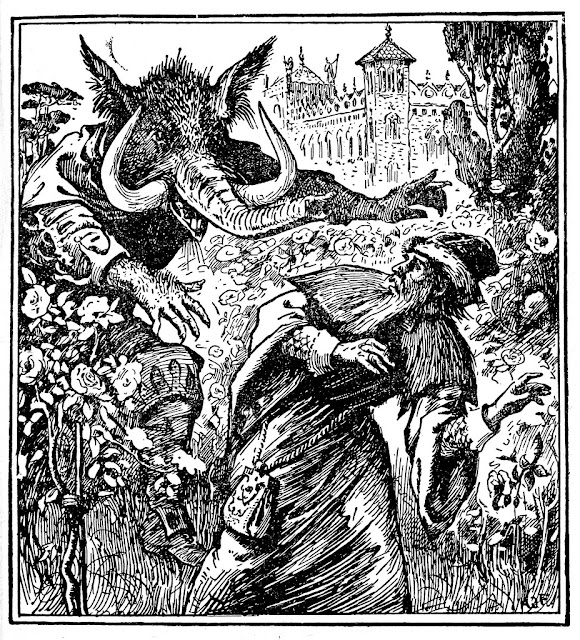 Second long stairs game went well. Will continue another few of these zones.

I should probably read the second long stair forum on rpg net too and see if i can add my content there. Four more emo class descriptions too too with my proficiency rules and spell lists. Then ore campagn stuff. Was given a 2nd ed moster folder too which is handy. Frightening at my memory of the 1st ed monster books - or is there just a kind of logic once learned is easy Looked 4th ed ones again - some cool ideas but variations and monster feats take up lots of space. Undecided if short best for DMs but i suspect short description with essays on types better.

Last session the party found an invisible imp and it followed them home. A few weeks working and studying later and the base suicide rate had doubled. Map disappeared and other oddness. Ordered to not speak dungeon languages above 3rd landing (?). Their grumpy corporal was in prison for a stabbing and confessed voices told him to. A bit of investigating and getting a K9 unit (dog + handler) to help they tracked the imp and barley managed to touch it with 200 rounds and a few silver shots. Chandra used her magic missiles and stopped it. They wrapped imp in a silver net and had locked up. Stolen maps had imp obscenities, devil sigils and extra section beyond known exploration in the goblin mine marked as "Amber Wizard". The Imp was using suggestion so has been sealed in electric pentacle in a sealed soundproof room. Silver vivisection tools and testing regeneration powers his reward.

A few days rest and some veteran squaddies in the ranks, the party set off to identify the map marked section. They passed a thin stone bridge over a giant pit where albino stirges attacked and Carter the forward scout missed being drained just. They next found gnomes trying to awaken a petrified nameless god, certain they would be rewarded. Hassan convinced them this was silly and they agreed they needed to know more. The gnomes advised a goblin distillery was near and the party found the goblins feeding donkey and carrion crawlers corpses int copper boilers. Bomb drone flown into boiler exploded killing workers and half collapsing building.

A skirmish with a goblin wizard who used stinking cloud on them was a mild hazard but he and his flunkies went down in a hail of lead. Found zombies digging up a crypt. Grenaide finished them off and party collapsed roof with demolitions charges on crypt. A trapped pile of coins, a bullete hole were found and the party camped behind a waterfall at a watering hole. While hiding they saw some dark elves lay spore bomb mines and later four kobold kids have a drink. Morning they rescued the same three and and a half kobolds from a giant spider. Someone put them in their backpack and debates over using them as bio drones ensued. The kids seemed keen to serve their heroes. A final battle with legless suicide bomber kobolds in go-carts was finished with a grease cantrip, but the blast blocked the tunnel resulting in a days digging. Finally the door to the Amber Manour was found.

A painting had an alluring effect on a female trooper so they slashed it out of its frame. Using a cable spy cam through the keholes was very effective and the party entered a room with music. The inhabitant introduced himself as Vincent De Cambion and was also lost (aparently). Found an alchemist (actually a hungry doppelganger) who also offered to join them. On the theory keep our eemies close they let the strangers travel with them. Moving on the next room fountain hid four bullywugs, three tribal and one with a puffy shirt, leggings, and a cutlass. Went down without too much trouble but they kept the dandy one prisoner and bayoneted the rest. They found a painting of hell where the Cambion revealed himself and climbed into the painting and said goodby. Kane was poisoned by a tiny gold chest but lived (just). Rooms of carpentry tools, another with cakes and another with baskets of thoroughbred puppies. The Alchemist put some in his pocket for "safekeeping". The dandy bullywug ate a puppy (for medicinal needs) and got death threats from party. They met a Dwarf busy smashing holes in walls looking for loot but he said the loot was his and kept going. A menagerie of monsters in cages provided easy XP in a barrel targets. With the entry missing the team started getting desperate. A flumph almost killed the geologist but Magic missiles finished it off when autofire would have killed both. An Amber family madman duelist insisted on fighting so they shot his legs out from under him and stabilized his wounds and left him.

Stepping through another painting after killing its inhabitants (four halberdier guards) they found a room of snow globes. If placed in a socket on a pedestal the painting would open a gate to a corresponding world. After opening the gate home they put a rope through and moved trooops both ways. More monsters came and a Shadow managed to wade through fresh troops with shields with gun-ports and route them. Finally escaped with all but one snowglobe, the bullywug dandy and kobold kids, sacks of puppies, a few books in medieval french, some paintings slashed from their frames and a magic fencing foil.

Fairly hilarious game in all and an impressive number of fights and encounters.

Probably back to gammaworld for a few months. Back in Sydney next week.

Amber Manour Zone
This region usually entered through a secret door, mansion doors or some other common door in another zone. The architecture is regal even baroque, but run down, abandoned and haunted. Indigenous aristocrats of the house of amber have been encountered, many masters of xenomethodology. The house is laden with art work, statuary and books of great material value. Many are works based on lives of the Amber line. Halls of bedrooms, dining halls, libraries, enclosed gardens, wine cellars, servants areas, hobby and folly rooms. Other creatures including shape shifting paradimensional entities, doppelgangers and lycanthropes have been met. Goblinoids and demihuman adventurer parties have been encountered along with lost humans. Some have been trapped for weeks in the place. The atmosphere of decadent decay and madness is pervasive but it has the best access to spell books. It is mostly well lit by magical candles and lamps.