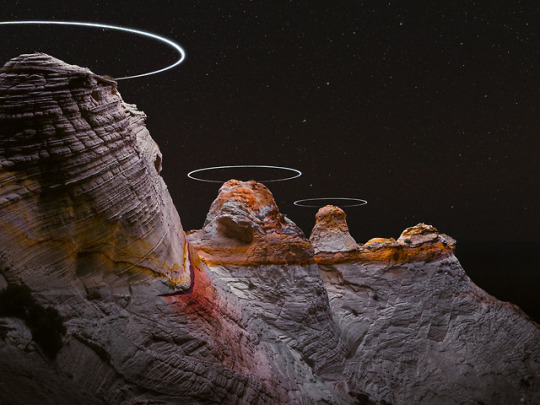 Got a game going of old friends. Was clunky running of a laptop rather than print but someone will print me several copies. Added hex map on bottom randomly made with tables plus one of the sample citadels made with the book. Added images of the Mecha Space Gods the robot and the priest worship.

Boris the Violet Barbarian and his clockwork chicken - piebald with yellow patcher. 6 fingers, coughs up phlegm daily, lung filters, tastes of sweat. Skilled in sneak, climb and track. With shield, sword, throwing axe, unarmed+1 specialist, cleave combat skills. Wears now barbarian helm, buckler, harness and bracers. Only speaks common. Has neutralize disease ointment, 2 black powder grenades with fuses. He is totally neutral and wants to kill and smash and rob and not read stuff. Has a clockwork antique robot chicken that can carry him a few minutes and they understand each other with clicks. Raised by aliens in a secret base to be a barbarian hero.

Robot 58008 Sorry the Seamster of Flesh, Good aligned Medical Robot. With a horned helmet and a long spear.  Now has braces and greaves and a hero harness. Also bought overalls and a furry pastel green cloak. He is lapis so he flakes off gold daily and had some bonus cash. He also has a pet goose that lays golden eggs and tells stories with mostly sticky endings as a warning. Raised by race of robots in a bubble and out to see the world. 50s wind up toy look with barbarian muscle minimal armour. Has various spell apps weather sensor, auto repair, medical kit, medical scanner, armour plate, enhanced hull, hardened shell, automedic, black box. Let robot have cyber mutations as everyone given 4 starting. Once was shot with nanites and now has cyber mutations: food analyser, cigarette lighter finger. skull opens to expose brain and immune to poison food. Speaks common, machine, ancient and Space god language. Three neutralize Nanoplague potions. Roll for god. If you dont like that god roll again until you are happy. Every god you reject is now your enemy. So he hates Talos, Kronos and serves the great magic space god mecha Raydeen. He is a nice guy.

Water in the Desert, a cyan mutant hero. Modified by advanced beings. Tastes of fresh turmeric. Has a intelligent nuclear powered grav linear accelerator pistol that shoots anything 2d4. Started with basic bonus mutations. Hermaphrodite with a siamese twin face on chest, thermal vision snake eyes and a transparent flesh skull. Then added class based ones from psionics mutations got sense water, better with a stick and has become job. Iron will and a saving throw boost too. Then got at second level bot reptilian dna and grew a evil extra lizard head to blame problems on (three faces now) and a foldable dimetrodon fin. Is fairly sneaky, stealthy and a survivalist and has learned to use octopus leather glider wings as he only weighs half as much. Shopping for spring shoes. Has eye drops that take you on hour trip to commune with gods in other dimensions. Expert pistol fighter at close range and faster always double tapping. Can speak common and ancient. Wears a hooded green cape and got a new furry pastel green cape with purple octopus suckers on the reverse.

Xenopun the Priest of Masingor the space god mecha defender of planet Psychon. Has a concealable needler pistol and is good with daggers and can snap off his ribs to make daggers. Has reverse birdfeet and a cat tail. Has a zombie hand with a comband fused into it as a pet. Keen to battle evil gods after party pulled him out of a crionics pod.  Had faulty memory, possibly was on orbital with ancients. A expert in computers, a technician and space god archeologist, speaks ancient, space god, machine and common. Did cleric stuff like detected evil and quizzed charlatan cults. Neutral good. Has got some more light armour with a harness, yellow cape and Found a elf ring that lets him see auras overlapping things and strength potion eye drops.

Space gods of party inspired by 70s shogun warrior mecha gods who fight kaiju and aliens. First three party members were food and water finding and testing team of a desert nomad tribe that looted wrecks in the sand. Thew were from different places but the nomads adopted them. One day the great borderland fire wall went down and they crossed only to be sealed in a new land of pastel green ice. Blue and blach lichen and grass burst through the permafrost and patches in ice where it covered hundreds of small lakes. Great ice crystals with cryopods inside scattered over the flat mostly permafrost. Found a zombie astronaut glowing in tattered suit from one pod and awoke Xenoppun after killing it. The frozen permafrost was in fact a delicious bouillon stock soup that locals exported.

The robot chicken hopped on top of the ice crystal and saw a ice block temple miles away. Met a race of twins, each was a bugbear and a eldren. When one died they fled or committed suicide or were killed by all the other twins after drinks in the afternoon. A cult of the distant citadel who pleached tolerance and brotherhood. Claimed god was beyond electronics and matter. They noticed antenna and monitor and camera were nott functional, a non AI god what a joke. Cleric Xenopus knew it was bullshit. Cultists were not evil but the orange skinned priest was. Saw purple walruses with antlers pulling sleds of cryopods. left them next morning. Imagined stoic walruses through the snow hauling iceblocks of soup stock through secret tunnels under the flaming wall.

Tried awaking some more pods. Killed a few astrozombies and refroze cyborgs that they tried to be nice too but were virused. Found a pre apocalypse human astronaut but nobody wanted to get to know him as he would lose his memory and be transformed by the gods within hours.

Found a black monolith in a pod -  silicon molecular alignment solid state AI block from a orbital with telepathic abilities. Party offered to help the space god relic computer to the city and improvised a sled. 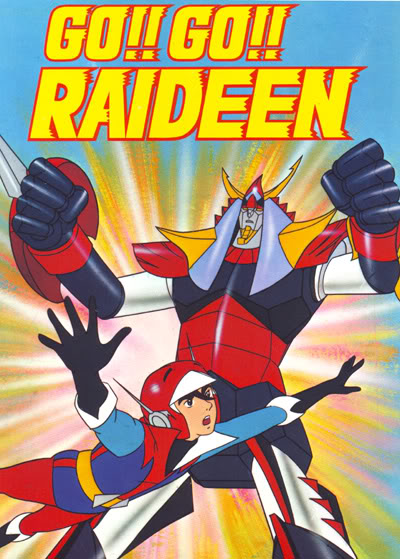 Battled a permafrost ammonite attacking from burrow after warnings of ice bears and zombies and astrozombies. Ammonite was pale green chamo fur one side and purple inside with a red eye and huge purple tentacles. Found magic ring, a dronebot in a case with a one button remote and tank parts in a mail package in a wrecked land rover in the monsters burrow.

City was squalid in lower levels then crystal then old concrete with a observatory on top. A shanty town of tin huts and slushy soup based orange mud everywhere that smelled bad.

Arrived at the amazing citadel with vending machines and atomic assembler replicators in the markets making goods while the citadel was crumbling and its AI dead. The AI block the citadel AI was dead and asked help to reach the top where he could instal himself. Party seemed ok with that. AI offered to use his replicators to make basic civilian tools and stuff.


Shopped, ate in a pub while new clothes and goods made. Drank walrus milk and ate salted fish. Saw the various social classes of twins using elevators. Paid to be freight to the topmost inhabited level. Driver wouldnt go to the haunted levels. So went up and saw huge pyramid of cargo crates and the merchants monument on the warehouse level to the great god Colossus the official citadel cult. So bribes some guys to send them up a quiet lift and removed the hoardings covering it. Visited library, stole some books and reactivate the librarian robot for a chat. Skipped the palace and went to meet the Astrologer Science Wizards who operated the observatory. Installed AI which would take weeks to infect I mean install itself everywhere. Helped party with equipment and gave apartments. Priest saw a ghost with a faerie ring. Keen to go hunting for stuff haunting area and repair some subsystems like talk to god with drugs. Guys all happy to play again but i need hardcopy I'm still needing but a player offered some prints. So unexpected outcome for some sundays and stuff using my own EMO OSR rules again. 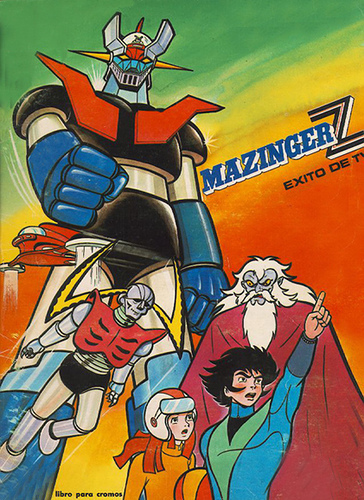 I liked how party got into the custom of hand licking to taste each other and invested in subtleties of front or back of hand and angle of hand to denote status. The barbarian tasted the worst and was frequently isolated by NPCs. The goose was great telling pessimistic tales that seemed relevant to party preaching warnings and danger. Paid guards to enter city with a golden egg. Richard like space zombies and beating up cyborgs saving them and sealing back in pods and breaking levers. Nobody got too hurt cept a few undead and a ammonite. Heard of a Modron hive that the gods say to leave alone and several alien steamworks factory ruins. And another cult of outsiders from the eldren-bugbear twins. Saw lots of mixed bugbear eldren families. Their priest a bit confused as bugbears and goblinoids from Tau Ceti according to the space gods and sometimes are enemies of mankind. Eldren were possibly from space. Locals said Colossus built the citadel and made the yellow eldren-green bugbear kin peoples. Who knows that false priest managed a cult and didn't even have a uplink to any god. Oriac the new Citadel-Hybrid AI says the lower city underlevels and zombies have signs of same evil AI behind it. Party keen to help. Robot and cleric especially keen. Barbarian and mutant keen for adventure. 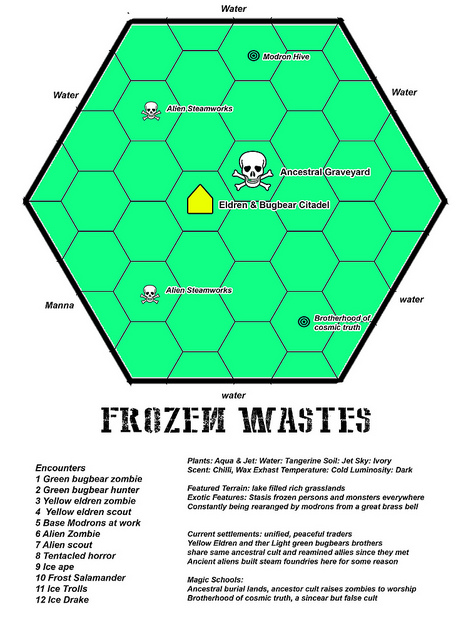