System Failure: Where I Chew The Fat on Game Stuff 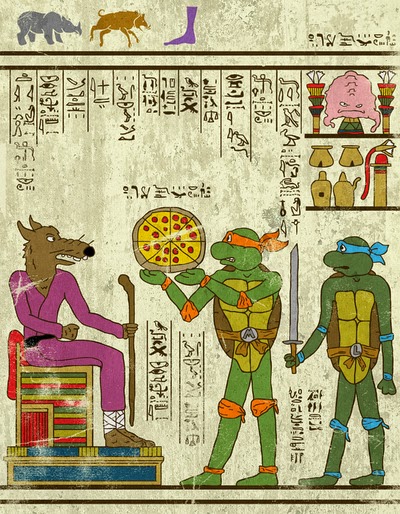 I have been accumulating RPG stuff again. Xmas a friend gave me 2nd ed monster folios but folder wounded me and i chucked them for a new folder less cheap with plastic sleeves. Urchin books gave me 2nd ed players (handy for me for spells) and dm book (mostly useless book) and Andz got me the 2.5 version players book and BX 81 edition books. I jut got AD&D 1st and second ed core books, awaiting a MM2 and looking for a fiend folio. Oddly enough i wouldn't mind the greyhawk adventure books and which other game world hard covers as good. I have kept dungeoneers book since i got it - the only vol I kept as I found most inspirational for years. Wouldn't mind a original Oriental adventures book. I can still find everything in thee early books easily and cant be bothered learning new ones.

Thoughts on Deities And Demigods
I would only get the first version of this book really. What is it good for. Not just Mythology and for high level monsters it contained the core of what I took as staple of DnD - Lieber's scoundrel heroes, Moorcock's epic cosmic scale and the Weird Tales crew mythos - some were mentioned in Ed's campaign pantheon creation article in dragon as being forgotten realms but dropped when a commercial product and not just Ed's home game mentioned in articles of dragon. My ideal version of a deities book would include original version plus all the outer plains native species like demons and slaadi and para elemental lords of evil and Djinn and stuff with encounter table for planes. This would be must have for high level play.

Fighting Fantasy
Has renewed interest in our club ans we are thinking of running in some upcomming conventions. Great game for newbs. Pretty fun and was a big influence on my classic 80s style DnD game.

BRP and Astounding AdventuresI will be delving more int BRP and some other genre stuff for more modern settings.

Looked at new fantasy setting book and found typos and basicly old Stormbringer type mechanics and not too thrilling magic rules. Saw the oldschool basic fantasy book and prefered its RQ simulating DnD feel, shame promised extra books never came out. Looks good and I would play. Threads promising an alt publisher seem to have died. Amber coast i looked at but as i said earlier i cant enjoy a product celebrating start of 700 year oppression of my dads homeland any more than a game about black slavery or samurai or being nazi deathcamp or russian gulag guards.

Got two core RPG books (hardcopies) Shadows over Scotland and Astounding Adventures. Scotland hardcover is among best Cthulhu sources ever and im gonna get all the cubicle 7 stuff including the laundry hardcover. Some reason the layouts of laundry books upset me.

I  have always liked pulp and awaited the promised cthulhu pulp with rule for playing tainted mythos supermen. I even gave up writing my own rules on this. I still like TSR agent 13 and GURPS pulp and even some stuff like ruin table in TSR Indiana Jones game. Champions book good too. The BRP version is no highlight for genre but adventures despite film references are good. TSR Gangbusters is a great Cthulhu and Pulp sourcebook with really good rules for crime, corruption and illegal income.

Astounding Adventures is a great BRP book for pulp stuff. A bit short. Fonts a bit big and some damage to art. I wonder if this is stuff left from abandoned cthulhu pulp book. The fiction intos feel like padding too. The price was cheap enough to grab it just. I havent decided my final aproach to powers in BRP but I had issues with superworld and the stormbringer demon rules that made up BRP power rules. They need a revision and I wont use as given.

I dont agree with the "resources" mechanic that just sound like exotic skills to me that have been in other systems earlier. The BRP option for magic points would have been better than the new action point system so guilty of creating system where none needed. Attempts to simplify into more of a non lethal story telling game version of BRP dont quite work for me.

Mook rules getting a defense roll or go down interesting and I will consider. Stats section one of the stronger points. Very light on data at times and keeps referring to BRP book alot. History and weapons seems light compared to cthulhu.

Random pulp adventure tables good and fun but could be bigger. I may try my own. Adventures good, better than most intro ones in this genre but refer to other pop culture like popular films (raiders and ghostbusters) and the mythos (without being mythos). The art is good (but pixelated occasionally) and more pulp covers and art would have helped.

I think the book is good and inspiring but adventure generation and stats sections mot usable. A PDF might have been more useful as i could jut print the best bits for my own folder out. Does feel light and not so serious compared to cthulhu.

BRP and me
I will do some stuff here for BRP like for supers, sf and mythos tainted agents and scenarios here. Im tempted to develop a magic system too but that sounds harder. As high level DnD is proving to be increasingly flawed and my interest in it is being sated I will do more BRP.

Funny hearing kids who rag on DnD and BRP. Hard to believe talking about same games that I actually play and they never have. I find investigative gumshoe to be more linear than CoC. I dont fear dying in story telling games as i will just reappear next scene. I dont ike maths in games and find late DnD and Champions a but crunchy but old DnD and BRP uses grade 5 maths at best and not much of it. LARP big in my club but i dont want to play a cripple which is why I like standard RPGs where my body and health doesn't fail me.I would play a monster or NPC and would shoot player with camera. Boffle Larp with cool weapons and mountain of nerf guns in club looks a bit more fun. I have also seen party role play in character to point they waste time and fail and infight which seems a bit lame.

Was playing some dnd 3.5 and 4 but i find painfully slow, tedious and worlds to be boring to point I dont care, Other players main attraction not game.