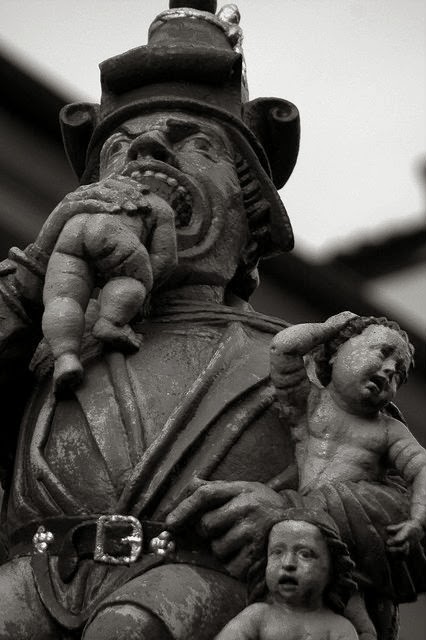 The media on the island is represented by the arts and crafts and music and written word. Artists often employ in name of lords, church or cities and increasingly saying what they think on other issues. Shadel Port celebrates free speech more than any land and is crawling with anarchists, pirates, freemen, escaped slaves, ex convicts and worst of all yeomen.

Yeomen own their land, produce the bulk and best of the cities food and the Barron protects them with death sentence to any who harm or rob or wrong them. They also ignore the church mostly following nature, farming and war. They specialise in longbow and greatsword and are mostly fighters. They are private and keep their own council.

Bards are common and different schools employ various agencies on the island. Some bards follow the highland tribe way, skalds from the vikings are common, elf friends (good and evil elves), empire, shadelport and many minor schools. Acting as spies, informants, messengers and entertainers they are the fastest means of information flow without magic. Everyone knows what bards are up to but everybody wants them in their towns and courts.

Shadel Port secret police have links to many holy oracles, druid prophets and diviners from the wizard university to survey with magic. The emperor has this too but is thousands of miles away. Of course they teleport secret police and heroes when needed. The emperor has reinstituted gladiatorial games and Shadelport has the Dungeon of Death for similar reasons. The Dungeon and Colosseum shows are broadcast to elites by illusion and "official" scrying devices. The poor see street theatre and puppet reenactments.

Other artists offer more illustrative information and tend to be more interested in glorification of the mighty and rich and holy.The decorative arts reach commoners the most and include painters sculptors, architect, decorative craftsmen. decorators, graffiti artists. Players and dancers are tailored to all tastes and are censored the most. Secret and private and criminal shows are common. Comedy especially puppet shows are for the commoners but may be subject to death if rulers are offended. Writers deal with the elite and often have small edition to select clients who may be tolerant or depraved in tastes. Most commoners are illiterate, rich are very literate with the merchant classes in between falling in between. Pamphlets often with illustrations are being printed and having an impact as the illiterate can understand them and are even taking an interest in reading.

d100 What show on in the theatre
1 Twilight of the Swan-Maidens, Ms Prissy's dancers dressed as swans 6 hours

2 Dungeon scout guilds review show with skits, songs and cross dressing capers
3 War what is it good for? great literary epic brought to stage in only 8 hours
4 Ms Molly's old time Empire singalong
5 Donavan carnival of freaks review
6 Colonel Custards magic circus
7 New light opera for common folk by Handleshmidt and Steko: Die Monster Die!
8 Deadly Danger Dancers from around the world review featuring Miss Kraven
9 Amazing Monks of Cymbal Mountain perform martial feats
10 There's a Vampire in my catacomb, the new stage comedy hit running for 5 years
11 Zarby and Gaggy, the hit comedy team of opposing alignment
12 So you Married an Orc, the latest intersperses marriage comedy
13 Ogle and Eat Out, erotic dinner theater night with the Scumtown Harlots
14 Ladies only night with the Wild Stallions
15 Gladiator dinner theatre night, watch men die while you dine!
16 Scarlet Houri Dance Show, body painted dancers live sexual performance
17 Carry on Empire! Saucy stage play of double entendre and hiding naked in cupboards
18 Hero of the Empire! 12 hour opera about triumph of first god emperor
19 So I married a Valkyrie, yet another inovative commedey in this posibly overdone genre
20 Prince of the Empire, boring opera about founding of the second empire
21 What a funny old bugbear! comedey review of trained goblioids who dont get the jokes
22 Werecats the burlesque review featuring Miss Panthera
23 Rats! the other musical production commissioned by beggars guild and less sexy
24 Were-penguins on ice spectacular, great show for whole family but dress warm
25 I'm A Pirate! the musical comedy satirizing empires impotency vs Shadel Port
26 Grandma Goose and all duck review, hilarious trained ducks march in unison in suits
27 A sailors Life!, the less political knock off of another popular maritime musical comedy
28 Just a Henchman!, all singing all dancing henchmen review show with meal included
29 In the Dragons Belly, Ballet about life inside a great sea dragon behemoth
30 Truncheon Capers, a comedy about mobsters and baliffs of shadelport
31 Dungeon! the opera opening night with elite only and tickets a fortune
32 Bright Elven Choir, singing holy music of the sylvan court
33 Dark Elven Choir, singing insane synchronized screaming
34 Aeeei You've married a dragon third year of this comedy show, a triumph of the genre
35 A Wizards Wand Is Ever Ready! Ribald comedy of wizards sexual misadventures
36 Too Many Gods! A sacrilegious parody all churches tried to ban
37 To Slay A Dragon, a melodramatic opera where a mighty hero slays dragon only 4 hours
38 War With The Giants, a new tragic comic classic concerning recent giant killers
39 Temple of the Star Men, a play about angel abductions from a true believers experiences
40 Dance of the Faerie Court, elven ballet only six hours long version for humans
41 Orc Smash!, to prove they can haz kultur, orcs put on dreadful show orcs love
42 Honey Our Kids are Kobolds, comedy for family about cursed slum clan
43 Harlots of The Dark Wood, dark elven prostitute review show, risk your eternal soul!
44 Gumbo the Purple Dragon, comedy for kids where child heroes slay stupid evil dragon
45 Liberation of Shadel Port, how a human barbarian freed humanity from primordials
46 The Necromancer King, history drama of ruler for a thousand years after primordials
47 A vampire took my Baby, comedy drama of unwed mother versus undead
48 The Blood Book Epic, melodrama opera of evil vampire kings quest for living victims left
49 Torturers Guild Theatre Restaurant, new show every night
50 Alignment Debates Live!, exponents of outer planar philosophy fight live with words
51 Stinkbeard's Treasure, true story of hopelessly unlucky treasure hunters
52 Hells Harmony, one act per layer of hell, claimed to be most hellish 9 hour opera ever
53 Fullmoon Follies a troupe of lycanthrope performers who never perform under a full moon
54 Wizards of Wickedness, fanciful drama of apprentices fighting over editions of spellbooks
55 Colosseum of Chaos, reenactments of great gladiator battles with gallons of fake blood
56 Kalrek of Matzigbion, opera of dawn age vampire wizard king who released demon gods
57 Swords against the Pit!, comedy adventures of thieves robbing a dungeon
58 Dungeon of the Doomed, comedy with human midgets playing dwarfs
59 Into The Underworld, Oprah of hero seeking beloved in underworld only 4 hours
60 Magic Lantern Show with painted glass slides projected in dark theatre
61 Zontag the Illusionist, show of incredible illusions and story telling
62 Live Animal Fights Night!, bears, lions, horses with betting facilities
63 Kobold Choir, wizard Upton with mallets plays his kobold singers for entertainment
64 We are the Goblins! Actors playing parts of goblins in face paint and prosthesis
65 Live criminal executions, daily show, bookings essential
66 Criminal Vivisectionists dissect executed criminals for informative education viewing
67 Madhouse and Mutants!, a show of freaks and crazies from the asylum for your pleasure
68 Fall of the Mad Emperor, a popular opera highly offencive to Empire, only 12 hours
69 Swamp Hags Revenge, Drama, A prince lies to a hag to save his life, his kingdom burns
70 The Necromancers Wedding, light hearted opera even commoners enjoys only 3 hours
71 A Zombie Chorus Line, put on by necromancer students as part of exam from university
72 The Secret Policeman's Ball, imprisoned comedians and bards allowed out for show
73 Haunting of Crimson Castle, a stage drama by promising young playwright
74 To catch a Witch, Dramatic play about finding and burning village witches
75 In the Court of the Octopus Queen, musical folly with amazing costumes and stagecraft
76 Castle Gaxyg, riotous comedy of life in a dungeon full of costumed characters
77 Trip To The Moon is a fanciful alchemist tale where men are shot to the moon in cannons