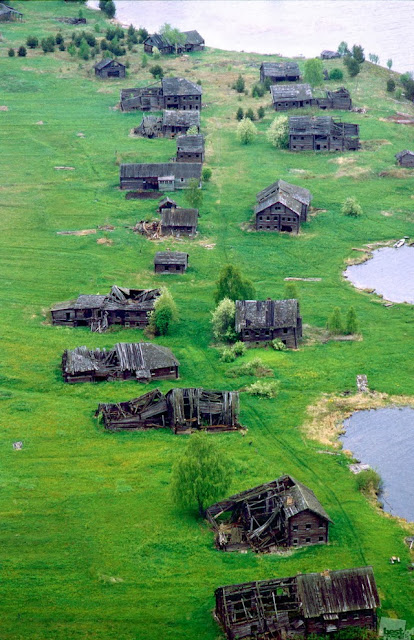 Secret santicore away! Hope to print here when all over as what i did will end up in planet psychon probably.

Editing a 50pg pdf of all my long stair and dungeon zone posts will put out here shortly as I kept referring to other day with some new 1st level players. Had too many player for a game i was gonna play in on saturday so I was DM for two women, one a first timer.

One played a chaotic evil elf, chased from dark elf forests when faction all killed in clan wars who met a pirate octopus wizard. The elf leaned towards necromantic sorcery and theif skills and had two goblin youth slaves. The octopus of course maxed out in multi weapon use and tridents but also has spells tatooed on body and a skilled tatoo mistress. So I was pleased to have a octopi and an elfmaid in play. As evil bastards with no homes they were attracted to the village the previous party had purged of evil. The empire relocated convicts to the empty village who were struggling to grow food on a 45 degree gravel slope and from fishing when most were slum scum with useless skills. Town drunks kept rolling down street and off the 100 foot drop cliff. They welcomed the exotic strangers as Empire anounced elves are to be treate as human by law as they hope to get elf allies. So the charismatic elfmaid convinced them she was good and luckily none could really tell.

Went to shop to buy arrows, food and caving supplies as elf had book of cave maps her evil elfland had scouted. Heard about the sealed cult tunnels and the octopus realised she could swim in the under sea entrance and help others inside. Convinced some labourer brothers to join them in a treasure hunt into caves despite being illegal. Bard student playing sea shanties talked to them and they recruited him also. He asked lots of questions about the pairs homelands and they managed to play on his ignorance and deceive him. So the octopi helped all those who could not swim into caves. Two youths with clubs, bard with shortsword and dagger and two goblins with javelin. Skulked about temple previous adventurers had destroyed. Found a flooded tunnel which at low tide the octopus could help other reach and was untouched by adventurers. So party in virgin tunnel at last. Elfmaid sneaked ahead and found family of sleeping fishman hybrid cultists. She took octopus and they woke them. Cultists bowed before the tentacled goddess and offered their collection of 17 pounds of corroded copper coin. Learned of crayfish cave the fish folk had not been able to pas. So the wicked pair went to flunkies waiting them and sid they killed two cultists before learning of the mighty lobster.

Went to next chamber with sinkhole and sure enough a twenty foot lobster attacked. Youths battled its nippers up front while goblins threw a javelin each before charging with their scond javelins. Bard turned to song while men and goblins swung at the crey. Elf shot lobster butt with arrows ad octopus attacked bard in back crying out he was a traitor. Some confusion as caey died and goblin and men battled the youths. Lads and bard fell and elf had a good laugh. Looted bodies and went to another chamber with a shrine and dirty font in front.

Took cultist husband wife and son to help. As octopus stirred the altar a water weird formed in well and grabbed him and uselessly tried to drown her. All attacked but only the goblins clubs did anything much and beat it still. Opened altar saw gold box and water weird reformed and drowned the small goblin and party beat it down again. saved the lil goblin they have grown to love with first aid. Lucky the fish folk undrownable too. Kept beating the pond with clubs while grabbed the loot and backed off from the unkillable elemental water beast. Found some gold, a folding inflatable raft and a wax tablet that could summon a fish warrior. Gave most cash from all this and the murdered comrades  to fishmen family and took ashore. Fishfolk wary but Elf used her friends spell and and charismatically convinced villagers to accept fish folk and not be prejudiced against them. Bought villagers booze and giant lobster for a feast. Villagers pleased but  someone mentioned was a shame bard left town. Established the fish woman as cult head and let them enter village life.

Stole the youth squat as a bae and dug secret tunnel to caves up. Recruited three ex cons. Then went to check out caves in elf book. Inside was a huge chamber of toadstools the lil goblin said were exploadstools. Cleared a path through with rocks and went through to find 5 sarcophogi. First had skeleton which managed to leap and and hurt someone before they took it down and found a pile of silver. Second had a zombie and some gold with a major wound on the octopus. Next one was a ghoul injured many and paralyzed all but two adventurers before they defeated it. Found more loo a holy water bottle and silver knife and more gold. All party hurt and called it a night. Party impressed new human flunkies suitably evil and dodgy, never minding the grave robbing and looking greedily at coins. May well continue this but no plan.

Last we left them they were in frost giant lair and were resting when the giants paid dragons to attack them. Dragons did lots of damage but two caster in party had used abilities to speed relearning spells so were fully charged. Chased giant spies down and killed them then caped in passage to trap giants. A band of giants and many females tried to stop them and were destroyed by party who pressed on. The Jarl, his wife, 4 polar bears, two body guard, three fire giant women and a cloud giant came next. Fire and clod giants tried to convince party to spare them but party unimpressed and said giant offer no enough.

Proceeded to be biggest battle yet when ogre magi appeared from mist and frost blated the party injuring most of them and knocking out Clarissa the sorceress and one party bear. PArty focused on ogre magi and killed most of them while giants rushed thorough the bone wall and up the earth ramp the druid bloodmilk made. Battle went most of the session and many almost died. was pretty satisfying and lotsa loot. Didn't find the ring of 3 wishes, some rival heroes will get that. Milknog the druid got a pearl of wisdom, split open his skull, stuck pearl in bone then healed over it so he couldn't lose the relic. Linden the bard slept with Storm giantess then found out she is technically a minor of storm giants at 130 years buy he got over it. He refused her offer to live in her dolls house but accepted her advice not to mention anything to her daddy. She did offer to praise their names to storm giant king.

Saw route to fire giant volcano and memorized for later.

Im going to simplify G3 as I am sick of just running a few huge fights per session. Was considering D1-3 etc but Im over the Gygaxian romance. Instead I will send them to monster Iland to fight dinoaurs, prehuman wizard primordial inhumans and go to Tiamats volcano. Have party cause some trouble in hell and kill a god before I retire them all and start again. As I have had fun of high level play will low advancement next games. Pretty much one adventure per current level eg 3rd to 4th needs 3 adventures. AN adventure must be a completed deed of legendary note. Not just wandering about killing and looting stuff.

Cthulu back to 20s and had new player die in 2 hours. Other player so busy roleplaying being jerks half solved problem and earned no sanity. Will do cthulhu vikings some time in future. Will buy Iceland book and see if i can get those saga monographs from chaosium if still around.

Tabletop RPGs I'm currently playing (at home) include:
I am a horrible player but a bit of dnd and warhammer rpg

I'm currently running (online):
Tabletop RPGs I'm currently playing (online) include:
Would like to try something one day like flailsnails but im a tech feeb
A dummies guide would help or even a good video

I would especially like to play/run:
SF and TSR Marvel Super Heroes

...but would also try:
Eclips Phaze

I live in:
Sydney Australia

2 or 3 well-known RPG products other people made that I like:
Gammaworld 2nd Ed
Gurps 3rd Ed historical and other setting books
Stormbringer and RQ I, II and III

2 or 3 movies I like:
Marvel Stuff, any SF or Kaiju films
2 or 3 comics I like:Alan Moore, grant Morrison, 80s Xmen, Lague of extraordinary gentlemen

I will read almost anything on tabletop RPGs if it's:
BRP and probably gurps

I really do not want to hear about:
Wizard of the Coast anything

I think dead orc babies are ....well, ok, it's complicated because....

Free RPG Content I made for Planet Spsychon is available here (link).

If you know anything about open license content DnD, it'd help me with a project I'm working on

I talk about RPGs on elfmaidsandoctopi.blogspot.com.au
also Exile Gaming Group and Oldschool Gamer on FB
Posted by Konsumterra at Saturday, October 26, 2013