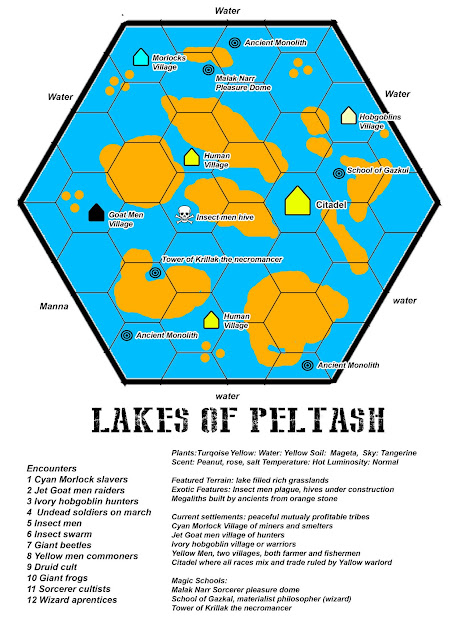 Humans rule the great citadel with hobgoblin and goat men hirelings. Morlocks make most of the lands weapons. All are united peacefully.

Ancient monoliths of orange granite scatter the land but certain huge sites are home to druids.

Insect men have been moving here and are hated by the local tribes. A hive complex built by insects has appeared on the plain. They eat anyone if there is no grass. The magenta foliage has been grazed to near extinction.

The wizard school and sorcerer vice den compete for attention but pragmatism makes most favour survival and sobriety to wanton depravity. The necromancer has been shunned for generations but he has become tolerated and even liked of late for crushing insect men and raising the dead against them.
Posted by Konsumterra at Monday, May 13, 2013