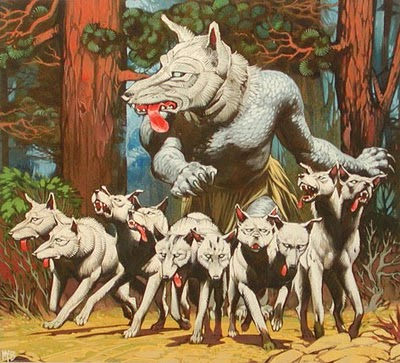 So Im running new party through my Exile Island map. Intro session today just to warm up the intermediate players before we properly start. Also nice to play test my rules and characters done fast. Also used my redbrick book of tables for traps loot and monsters a lot too. All smoother so my blogging stuff has helped plenty. Good we all old enough to be happy with a few +1 bonuses. 4d6 pick best 3 any order.

Carolyn played her first cleric Amybyrr, follower of Gestianna - a wine underworld dream divination goddess. Instead of turning she could commune with dead so questioning the slain was a useful possibility. Her cult permitted swords too, but no turning undead. She is an expert in ancestors, healing, god lore, sensing evil and sermonizing (great for starting fights and berating prisoners).

Mark played Humblezorg, a sorcerer (usually plays fighters). Into meditation, healing, sense evil and magic. Staff and shuriken wielder. Working on becoming a lawful fanatic and can speak orcish, elvish and  modron (lawful). Even with a 7 strength he is still a menace.

Both were dropped by the sea by Imperial Dungeoneer Corp to scout in wake of a military settlement to be built shortly. Start in the old parties village and went to pub to recruit flunkies and get gossip on murder hole opportunities. A widower farmer Garry followed Humblezorg and came with a club, lamp and sack. He has animal handling and is a practical opportunistic man of the land.

Next they went to local Druid, Magdelana for advice. They tried to recruit her but she declared they should follow her. She recomended a troubled farm lad Douglas and a farmer selling dogs. Douglas proved keen to be a servant for Amybyrr and his parents were pleased to see him make it big as an apprentice adventurer.  Amybyrr got a hunting dog too imaginatively named Hunter. While Humblezorg got a huge bull terrier he named Cuddles.

So the gang got three stories to investigate: Haunted house, old dry well and the kobold mound.

So went to see old farm house. Last squatters vanished. Party set up and Garry made a pot of frog and eel stew. In the evening dogs started getting exited. Barricaded door and windows, dimmed lights and waited. Heard creeping strangers and goblin talk outside. Amybyrr kicked the door down and struck a goblin dead. The other two goblins set on her and one got a surprise hamstring torn out by Cuddles. Humblezorg keeping an eye on the forest saw an evil elf and magic missiled him. One goblin escaped.

Next morning they left Gary with the goblin and elf prisoner and went to the well. Paid farmer to be on hand with draft horse and rope. A few old farmers hung about to watch and smoke. So down the mostly dry old well towards the forest they went. Plenty of gross critters but three giant rats looked a bit more serious. A few tense moments as they destroyed the rodents. Then someone spied a jermalain hole. They stabbed the wall trying to catch him but failed. Discovered well blocked then headed for town. Spied four jermalain working on a trap and Humblezorg magic missiled one. Cuddles grab and shook one till its body fell off, the others escaped after one blew a whistle. Several hundred rats swarmed in and the party went rat whacking crazy. Dogs were very effective as was Garry. Everyone scratched but ok. Unblocked the stream and chatted with old timers.

Found jermilane nest under town floorboards and guessed they were dark elf spies. Went home to see if Douglas was alive and have tea. Went into woods and killed another elf and a few goblins. The next morning informed village of problems and attended an elf burning. Two goblins put to work, hobbled and manacled to smiths bellows. The village already have a slave ogre last party brought back from cave. Over a hundred years of servitude to repay village for three generation of terror.

Finaly all the gang arived at a small hillock the kobold mound. Found a crude straw figurine of a knight on the floor. Amybyrr crept around suspiciously to have a donut shaped pit around the figure to open and she fell as well as she could. The four kobold battle brothers attacked from behind. Humblezorg threw oil in their path and ignited it while Amybyrr climbed out the pit with help from Garys pole. Douglas hung back while everyones favorite teeth on legs rushed up and killed a surviving kobold. The last uncharred kobold was turned to red smear next instant.

Cleaned out a few more kobolds before heading to the throne room. What at first looked like a door was a coridoor shaped siege shield with four kobold warriors charged. Amybyrr sure she could lick a few kobolds charged back and she fell onto them pinning kobolds underneath. Four more climbed over her. Behind them the wooden crowned self titled king was obliterated my Humblezorgs magic missile. Dogs and followers and kobolds fell everywhere to the point Humblezorg had to heal Amyburr by force feeding her a goodberry in combat while she was unconscious. Dogs saved the party and Amybyrr healed herself and finished kobolds off. Two kobolds escaped. Found  a chest of dried fish, a hash pipe and resin and a healing potion. Had to hide from a irritant gas trap.

Escaped with 2 baby kobolds and a sack of kobold eggs, which Gary and the villagers ate. Kobold babes adopted by druid. Enough pocket change and free accommodation to live for months.  All and all simple, low level fun. Rules flowed well and a oldschool helping of lots of encounters. Two or three other players next time. Im hoping for a small army of followers.

Future games will include new settlements being built and some existing villages having evils cleansed. If they get to 4th can let in some last game characters and visit city.  Everyone faster now too so will get more done. Play again 14th.
Posted by Konsumterra at Sunday, May 05, 2013