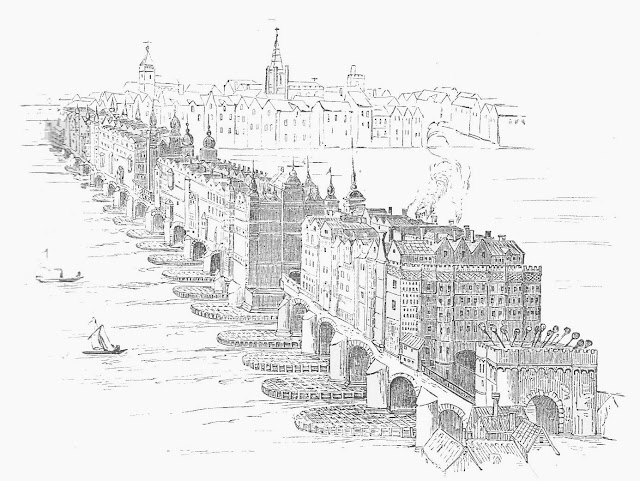 Above - London Bridge. When is a bridge not a bridge? When it's a mega dungeon!

Some bridges are cities unto themselves with palaces on top, apartments, gate houses, shopping arcades and more. Deeper parts of the bridge may have slumbs and sweatshops. Saw program on bridge in Edinbourough with such horrible dark work houses and even tunnels going below water level to who knows how deep. As Schädel Port , predates humans the basic structures are massive basault stone blocks with more recent structures made form sandstone, even wattle and daub for shacks on bases and rooftops. Tunnels run so deep they connect to city ruins, sewers an even dungeons. Cults and horrors from elder days hide here. 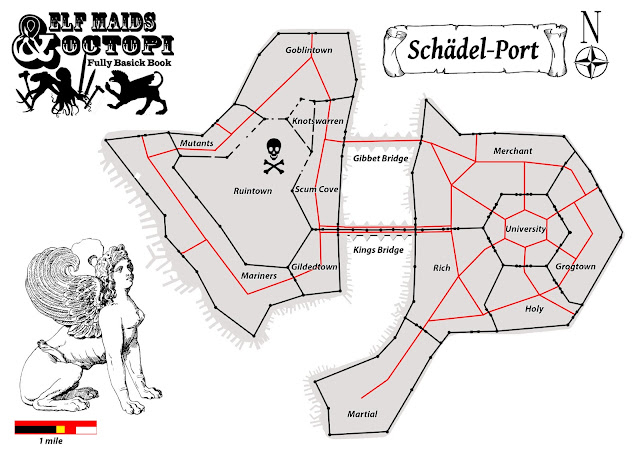 Working on some more maps of city for next few games. Old thieves world box set tables (republished as RQ cities early 90s) to be used. Will do more detail yet including street maps, 2 sewer levels and more. The Martial district has a official dungeon and a monster filled death maze used for entertainment. At least 3 dungeon complexes and hundreds of sealed towers exist in Ruintown. I have run whole games in cities in the past so should be fun. Could run whole game on one bridge. Inspired by Pavis/Big rubble of RQ, fighting fantasy books, thieves world, Fritz Lieber and even Gygax greyhawk novels.