Psychonian heroes are a bit different to my normal DnD world.

I will do some starting 1st levals for running Anomalous Subsurface Environment but will run some hot-housed "Doomrakers" characters with up to 6 levels in any class with racial classes included so weird hybrids possible. Up to 3 classes, last is most recent. Basicly considering players are freed slaves or servants, recently freed and banished or lost from homes.

or add some non humans in the mix

Ive considered a few classes to bring all my gammaworld crap here too. Mutant. Cyborg. Robot, Animal. I had considered a beastman, giant, animal spirit, doppelganger of late too. Still wondering if i need Paladins, Rangers, Barbarians. Considering some proficiencies for 10th level + 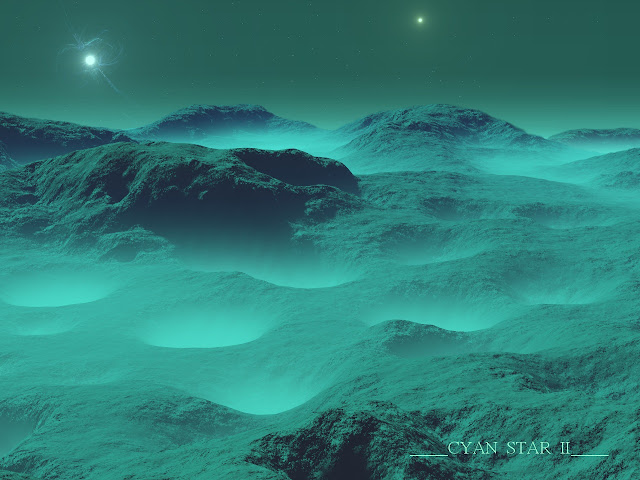 This is revised a bit from early versions which had according to webcolour 3 repeated colours (easier under other colour schemes to separate cyan, aqua, turquoise). Crimson instead of boring old red. Aqua and turquoise combined. Lapis is now the dark blue. The main point is to have skin colours from modern earth non existent. Metallic anodized metal colours possible. You can roll again for your blood colour. 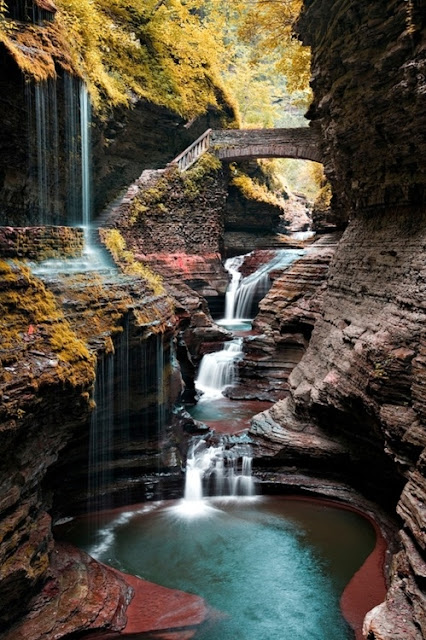 Everyone gets to pick common armour, any weapon you are skilled with, roll for a basic potion and item. Everyone starts with 1d6 days food, two days water.

Most common armour is the two following items. for lightweight everyday use.

Hero harness +1 AC, covers shoulders and joints and not much else. Includes lots of places to strap weapons and stuff.

Bracers +1 AC metal bands on wrists and legs can be added to other armour up to and including +5.

A player can start with any of  these items if able to use them.

Weapons come in lots of variety but sabre and spear followed by axe then mace are most common. Shortsword and daggers common second arms. Thrown missiles most common. Some areas have only some missile weapons but sling is pretty standard. Guns and even lasers are available but rare.

may choose holy water or flammable oil instead 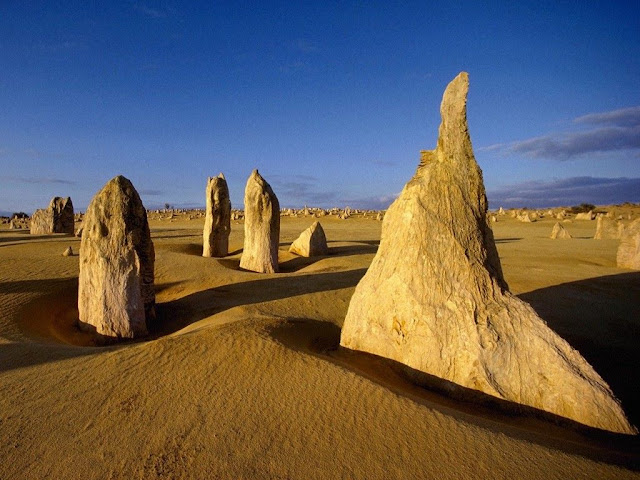 Warrior
The most common type of character and most respected by common folk. Warriors aspire to be mighty warlords but most die in petty wars and gladiator pits. Some guard citadels and live as part of military elite living in comfort. Mass combat is rare on psychon. Some warriors become alignment champions for additional power and purpose. Many common crafters, hunters even farmers are warriors or at least men at arms.

Priest
Priests follow the enigmatic gods of psychon. Priests know all the gods but favour one. Gods are creations of the ancients, with hidden holy complexes and satellites around the world they simultaneously dwell in. Gods work together to power priestly spells even if contradictory in purpose. Minor gods are to be respected but wary of. Priests receive an implant on initiation in the temple. Alignment is an important factor too affecting weapons and what a priest can turn.
http://elfmaidsandoctopi.blogspot.com.au/2013/01/the-geometry-of-alignment.html
this is worth a look for priests, other magicians and possibly other zelouts

Rogue
Many citadel dwellers are rogues including traveling merchants and tradesmen. Teeming masses of citadel slumbs are mostly rogues. The second most common class. Devious men with clever ways survive well in the wastes of psychon. Locks on Psychon are mostly in citadels, but advanced ancient electronic locks require specialized tools rather than basic thieves tools.

Wizard
Wizards understand the occult sciences of the ancients and the gods and can defy them with arcane knowledge. By years of study and practice in manipulating psychonian ether flows and auroras the perform miracles. Wizards can read the ancient tongues and players may offer psudeo-scientific gobbledygook for any phenomena their characters witness. Some wizards study scientific lore of the ancients and refer to themselves as scientists.


Sorcerer
Sorcerers are the lazier kin of wizards who find magic easy. Their powers and knowledge come in dreams rather than study. Many are descended from or are allied to otherworldly beings. Sorcerers often live indolent lives of pleasure but some with allies have other demands and even act as spiritual advisers to a cult. Common cult witches and warlocks are sorcerers.


Monk
Monastic orders are scattered across the wastelands emphasizing discipline and skill over magic. Scholars, martial artists and soldiers, they create wells of civilization in a desert of madness. Many exotic arts and sciences are preserved by them. Monks practice self defense but try to avoid fights and avoid using soldiers arms. Most have very little property.

Druid
Nature on psychon is very different. Druids deal with forces of life and nature as embodied by psychogenic gods. Druids read the skies for signs of terraforming and changes in hexes, ready for wild weather, quakes, terrain changes and other problems. Druids help warn and protect commoners and deal with the constant changing ecology. They deal with ild creatures and inhuman inteligences of the wilds. Many citadels and ziggurats have gardens which druids tend. Druids and priests share lore and magic theory, but druids rely on rote learning than scripture and deal with a greater variety of lesser beings.

Psychonian Druids (Priests of nature) Rainbow Robes, any balanced or middle
Aid common folk against psychons weather, monsters and the gods thoughtless hex terraforming
Follow gods, elementals, spirits and sylvan beings in tune with Psychonian changes
Sabre, Staff
First Aid, Healing Lore, Nature Lore, Sense weather
3rd Lv can sense gods changes in weather or terraforming in progress
6th Lv One species of animal form one change per lv per day
9th Lv Any species of animal one change per lv per day
14th Lv may hibernate at will for years in form of a coloured rock monolith
18th Lv may plane shift per lv per day to the elemental planes

Bard
Bards are traveling messengers, entertainers and artists. They wander freely and many isolated xenophobes will tolerate bards more than other persons. A legendary magical guitar is a desire of every bard, created in elder days magic. Bards are experts in ancient lore and various cunning tricks and feats. Various bards use different magic and work with other magicians. The may even act as holy folk in a tight place.

Elf (Eldren, Eloi)
Eldren were bred aeons ago by the gods to serve them in the stars and secret places of Psychon. Their numbers have dwindled but they are almost immortal. They are warriors and magicians but they cannot take punishment as well as a human warrior. Some Eldren have been bred as food slaves by the evil morlocks and are drugged and kept ignorant. They are so tasty Morlocks continue to herd eloi no matter the cost of race wars. Eldren are usually immersed in pleasure, study or artworks and many have failed to notice the decimation of their kind. No longer the favoured of the gods, eldren are doomed. Reproduction (not sex) is distasteful to most of them born nowadays are halfbreeds born outside secret citadels of Eldren. Some Eldren live wild and savage lives in the woods far from humans. Humans seem hasty and crude but eldren prefer them to other races. Some eldren live in open, unaware of their scarcity or their high value as slaves.

Psychonian Eldren
Typical eldren hidden in his secret citadel now a doomed wanderer
Sabre, Longbow, shuriken, dagger (all these for 2 slots as a group)Ancient Lore, God Lore, First Aid, Etiquette
Magic as per any class but Psionic bards common on psychon

Dwarf (Morlock)Savage cannibal subterranean dwellers, who herd and enslave other races. Dwelling in ancient sub cities, some even serve great death machines remaining in abandoned human sub cities. Bred by gods to survive the apocalypses of the age of sorrow, they were made short, able to dwell in underground tunnels and survive biochemical horrors of the ancients. Cannibalism was an unfortunate trait some god thought made sense to survive. Morlocks have advanced technology, often using steampunk science or better. They display their tech blatantly, unimpressed by magic. Most are rightfully suspicious of them, but some live with humans and restrain their vile tendencies if well fed. As horrid as they are they are still preferable to goblinoids and giants who morlocks wage war on constantly.

Halfling (Halfmen)Halfmen are kin of men, morlocks and eldren, bred by the gods to dwell in underground shelters in high density living. Very able to live hidden in their luxurious burrows for life, some choose to live with humans and in the open. While weaker than other races they make able assassins and destroy enemy leaders or other who trouble them on the quiet. Halfmen in human towns are usually lower class but they still like to maintain tunnels to connect human style cottages. Halfmen are renowned hedonists who gorge themselves on delicious food and vice, but less known is their ability to do without and survive where others wouldn't. Halfmen are ignored by history and empire makers which suits them fine.

Tako (Octopus Men)
Tako are intelligent octopus men who have immigrated en mass to the land. While some dwell in undersea kingdoms using found ancient tech, the surface dwellers are as adept with tech as any human. Able magicians also. Tako are not numerous enough for citadels of there own but many serve as mercenaries ans adventurers. Tako like humans, eldren and halfmen but are wary of morlocks. Some men hate tako and associate them with evil. Fishermen accuse them of ruining nets and stealing wives. While no more evil than humans evil tako feel affinity for alien gods and various sea demons.

Shaman
Shamen are magicians who serve tribal persons mostly with their mental powers and ability to deal with spirits. They commune with various non corporeal beings like nature spirits, long dead ancestors and others. In civilized places they serve as spiritualists and exorcists. Shamanic doctrines are rote learned and taught personally to students with potential. Shaman are a great source of knowledge on local spirits and beings and worth speaking to on the matter.

Psionicist
Psionacists are magicians of the mind who have developed a systematic approach to mentalist magic without spirits like shamen. Can be confused with monks or wizards, psion schools teach meditation and train in mental and physical disciplines. In some places psions are dominant culturally. They acknowledge the gods as a force in the psionisphere but put mankind first. Lone psions often travel seeking new disciplines and skills not taught by home teachers or schools. Most people dont diferetiate psions from other magic often calling them mind mages. Psions have been known to lead revolts against corrupt leaders of citadels. Some wage war with corrupt wizards and sorcerers. Psions come from all social classes and often teach literacy to common folk, believing human destiny requires minds of men rule rather than mucles of brutes or hidden power of gods. 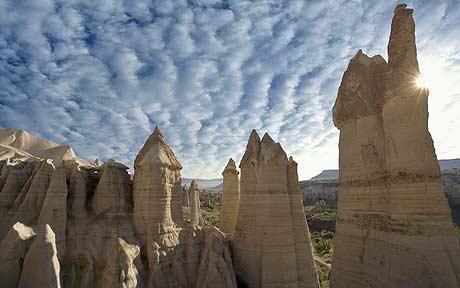 Only monks, priests, eldren, psionicicts and wizards can learn any written initially. 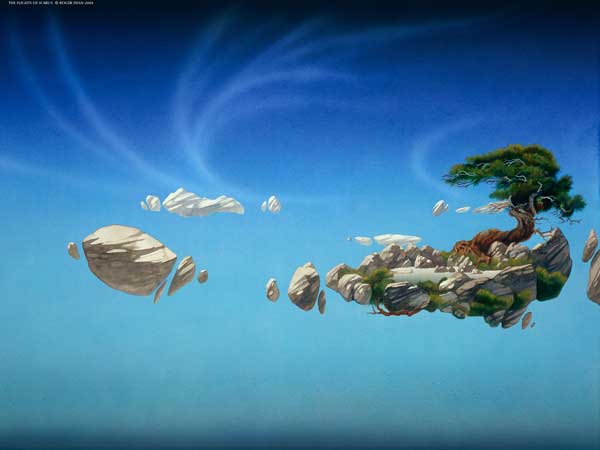 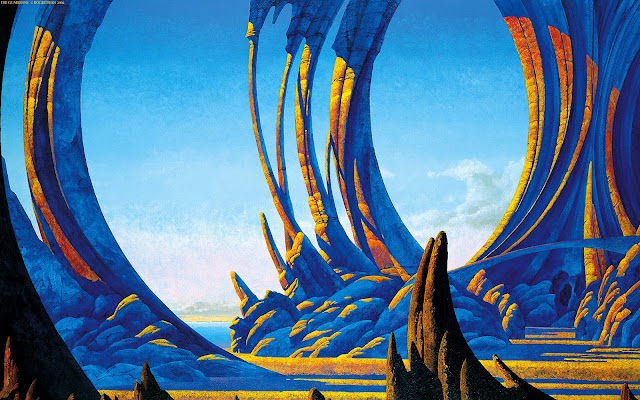 A few bugs in my consistency i uncovered here - will be doing EMO (elfmaids and octopi DnD) book and revised Psychon book over next few months.