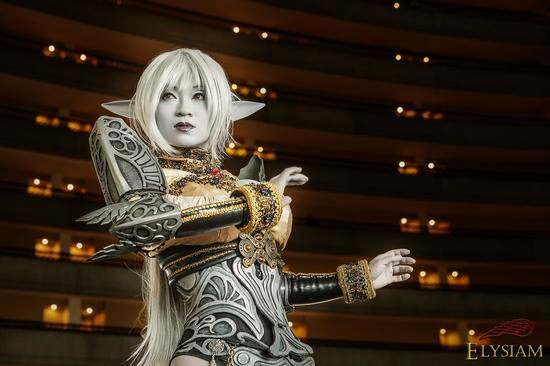 After a two week break and new players starting my Exile Island game from 1st level. One player hates the 3 character funnel tricknique of DCC so inspired by UrHadad zine I started players as povo 16 year old (equivalent) street scum of Schadelport with leather, a weapon or two and some meals worth of food and 1d6 gp they have made since becoming a 1st level being. Will focus on the city and use to document more of it at least as well as I have done with redlight district plus encounter tables and print whole map huge. Correct scale too. Been reading history of vice in London a great inspiration.

The gang (players all trying to be good for a novelty):

A warrior lad who was muscle of gang who met in a squat. As youth was a muscular porter lad who dreamed of horses and wondered if he was really descent of a knight of the Empire. Strong but learned to be more like a ranger who can track or thief but for smash and grab. Fights two handed style. Still working out his moral code but likes intimidating and smashing.

His friend who has become a bard who has a nanny goat familiar and uses arcane book learned magic. She plays a lute, sings and makes enemies fall asleep. Keen to make it out of the redlight district and sleazy male dominated redlight district without being a whore. She is very moral but more pagan fertility moral. Is most streetwise. Prefers to shoot with small bow into fights and easily to move with and carry on belt.

They met in a squat two friends from elfland who had run to humanland for a novelty after a hundred years of conformity.

The elf was a commoner wood elf with druidic spells and a bow master. Excelled at shooting into a fight with composite elf bow. Has a burned hand (player add on) and is shunned as a troublemaker at home. Is a thieving pickpocket and skilled interrogator and vocal mimic. Is very fast when fleeing or dodging traps. Has a snake familiar named Parsley now nicknamed the snake-e-scope.

The other was a changeling of angelic decent who could become a winged magical being. Shy of showing anyone and did not use. She is most straight and uses priest like spells (as a sorcerer can choose spell when cast but limited choice). So she took healing. Also uses her slap cantrip to punish sleazes. Has many exotic skills including tumbling to reduce falling damage, sense evil, critical hits as well as a bow expert but not willing to shoot into melee (yet). Has special social skill of moralizing and can make people feel bad and guilty. Lots of exotic languages.

So lads and ladies were in squat house after a night binging when six orcs with halberds, a halfling and a man in red leather. Scared was slum landlords like last characters they bolted. Bard peeked through slats of wood in floor and decided to bolt. Changeling dived out window gracefully then tried to vault back yard wall and ended up stunned on top of wall. Almost a cool move. Warrior shouldered the rusted old rear gate long sealed and rest followed him, the elf overtaking him.

Warrior abused orcs and four gave chase. Split them with mimic voice and Bard sent remaining two to sleep. Took their polarms (2d4), daggers and bags. Got a few gold coins and orcs were well to do ones. One had a plush manticore he was giving to son after shift but elf tore it up and searched stuffing for secret. He felt a bit bad.

Kept on moving and left the farmers redlight district the biggest and nastiest one. Went to merc one and a bit wary. Merchant one to watched so  tried wizard student redlight area.

Spotty teen wizard wannabe potters everywhere. Found a bar horned basilisk and went in. Inside crowd was betting on how long animals lasted against cockatrice. Also had a room displaying garden ornaments. Wizards tried pick up lines and a guy asked if Elf wanted to have a familiar battle. His snake was confident but he would not allow it. Talked and offered bad deals like catch us a cockatrice hen for 1000gp. Party walked. Wizards are jerks.

Went to look for work in holy roller vice strip and after a few duds tried templar job. Brother Mortidus wanted to find out why farm animals disappearing from farms and wanted a recon report that might spur the Templar's to investigate. Porridge and a night of of resting in stables gave them a rest. Old monk in stables had scraps of written posters and pamphlets he was burning. One poster had a yellow sigh the Elf recognised then threw in fire promptly. Old man pulling them down every day in area.

Mortidus led them for three hour march after early rise. Found village of 7 shacks, a pub and collective barn. Was a far older pre human stone well with remnants of languages and a modern shadoof.

Went into pub with farmers mostly. Had livestock in bar and stable and were feeding animals by stripping forest for livestock food. Party impressed locals with young spunk and performing musical numbers together. Offered beer and board if they can stop monsters in territory. Heard of about local issues and disappearance of first name basis farm animal pals.

Warrior found kobold tracks near well and climbed down. Party joined him and found a 4 foot high red painted fresh door set in side of well. Changeling knocked. Kobold asked who is there. Party tried to sweet talk in but kobold suspicious they were adventurers and went to get his mates. Warrior barged through and took on kobolds while bard cast sleep on them. Tied six up and sent to surface. Found a few rooms carved in earth with straw mats and a missing sheep. Also a long root filled tunnel heading under the forest. Ten minutes down passage found another little red door into a redbrick kobold dungeon with erratic maze of passages as if kobolds a bit crazier than normal. Managed to beat several groups easily. Tried to trick them with mimicked voices but elf had to get words from bard and process flawed. Eventually kobolds got sneaky using archers and shortsword wielders to guard them. Kobolds wearing more clothing and had better tools. Overheard talk from kobolds plan to fetch pets (bard was best listener and spoke kobold luckily). As party went back faced ambushes and more archers but they punched through and fled back to farm. Warrior hurt most and then elf but the changeling a competent healer.

Were paid and got lots of arrows, six shortswords and some digging tools from dungeon. Villagers pleased and able to respond to identified threat and invited party to stay. Old priest was keen to get Templars interested.

Back in town party went to titles office and took out a dungeon claim allowing them to legally defend from other adventurers with profits. They sold loot and went to pub.

All pleased with efforts and richest they had ever been with good prospects. Armour probably high on list to buy.

Good to get back to basics and to focus on city living and dungeons. Amused party all being good and hesitating to kill.
Posted by Konsumterra at Thursday, July 03, 2014