Roadwar2000: Running down the dead 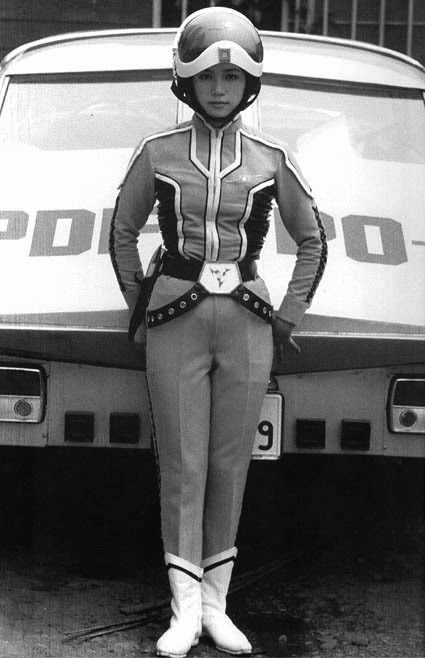 Equipment list last post got some queries about what kind of tech world am i running. One as imagined by games and books in 1990. I got Freelancers novels and found them to have some great future elements but found things like pretty much no internet kind of funny. So im playing with gimmick tech of yesteryear and making some great failures the peak of design.

Some tech is retro some still way off. I want street tech to be retro but the best of the best to be more like cyberpunk. I want lots of room for players to move so game doesn't die when they can get the best.

There is psionics, implied magic and occult (but mostly unconfirmed teases), mutants, possible ETs and other red herrings. We just got a heap of sale hotwheels cars for club. Making track sections and car character sheets. Will write up rules so players can run as a wargame for one off combat missions.

Crunching it all into Chaosium BRP but using Ringworld bonus system not included in BRP hardcover. I use 1 second combat rounds and have recoil rules rather than the awkward fire rates given in BRP. This means recoil suppressed light pistols are fine and magnums are pretty hard to hit with by last revolver shot continuously.

A few players want to play and customise toy cars. I hate guns and cars in real world but love in games. I felt jelousy i had not felt in 34+ years when i saw someone play with my fave toy car, Players adding cars to the collection for club. Some links here with mod cars and parts you can buy

This has stuff for dark future and lots of broken links. I have dark future rule book i found when i worked in a game shop 87? never saw box set or kits but this site has somee printable road sections.
http://futurehighways.roll2dice.com/paint/boardsections.html

Sadly in Brazil and Sth Africa you can get electrified hulls and 2000 degree flame jets that shoot a foot out around car as anti poor personel devices. World wide war on poor is horrible.

Joined by a borderline cyberpsycho who arrived as support later

So ordered by Gentech to investigate Unicorp 60 hectare research property under guise of locating missing locals the team arived in Featherfoot Victoria. A small country town isolated from the global plague but struck by grass blight of the 90s. Native grass faired better thane gene modified types of wheat and rice and corn. Didn't care for news of Mars mission arriving in orbit on TV. Who cares?

So met locals who overwhelmed them with welcome. Team suspicious of free beer and welcome but listened. Town had been hit by plague later than rest of country only  years ago. Many locals had disapeared of late and many families moved into the abandoned mill and silo complex and others in church. Town had a pub and graveyard and many abandoned homesteads surrounding it.

Locals mentioned lat disappearance was sheriff who was looking for a Ram in bush. They went to look and found his bike and saw a ram hide in scrub. Saw footprints lead into bush and evidence of sheriff being chased by ram. Went into scrub debating if ram dangerous and why he didn't shoot, but local Rolf said sheep valuable.

Sheep charged and the Trucker and Ninja fired. Beast had red yellow eyes and pustules and foaming at mouth. Surprised at beast durability they took samples and put in body bag. Sheriff had 12 for price of 10 value pack. Returned to town before dark and hung it from the windmill so dingo's wouldn't get it. Asked if a vet around and locals said that the Unicorp medic was nearest doc and he was a kind and helpful guy so they called him. He would be over at 9am.

Sheriff saw some locals not in conversation so he asked them and heard of dream time monster Featherfoot who walks backwards with feathers on his feet to be untraceable and kills and kidnaps. Others thought a UFO to blame or a ghost.

The girls (ninja and cat burglar in stealthsuits on bike) went exploring bush tracks after dark and got lost. Sherrif searched and failed and returned worried. Girls saw man in bush and asked him for directions. He shambled forwards silently. Ninja drew stealth gun and threatened him and he kept coming. She shot him in leg. Bloodless wound didn't slow him and he bolted forward. She kept shooting then dropped gun and drew her magnum revolver. Burglar waited behind her with her mono vibro dagger on. Magnum did a bit better but she dropped it and pulled her mono vibro katana.

Zombie missed and fell and girls carved him up. It was missing local sherrif. Not much blood.

Took his hat and found way home 1am.

In morning Doctor arrived in van with assistant and a jeep with 4 security guards from notorious dirty agency Kurosawa corp. They took sheep and Doc checked local kid. Ninja read his mind but he was strong and she got hints of his excitement at cross species contamination. Girls considered breaking into lab but guys detected a agent among villagers. Ninja read him and he was a Kurosawa corp spy. They tried to lure him to nearby emtpy shack and he resisted so trucker got in a fight and sheriff pretended to arrest both. Took to old bush shack and went to open door intending to drug and torture agent. But in the shack a zombie had other ideas. He exploded out and sheriff shot him with magnum. Ninja cut zombie down with sword easily.

The spy told how lab was not a agricultural research lab but a black bioweapon lab studying the plague from the 90s. Turns out last few days corpses world wide had been twitching in labs and morgues from plague victims. The local graveyard had over a hundred plague corpses in it. Went to graveyard and found a grave moving.

Called town meeting in church but townsfolk did not believe. Ninja entered with severed moving head from shack of local who died years ago. All convinced they barricaded the mill with high octane grog and car wrecks. Only three cars in town. Truck trailer could have got all out but not working mess. All in mill waited and dusk quieter than normal. Merc in van from rest of absent team arrived to help. Sheriff on roof called that graveyard moving. As they had welded yard gates closed thirty odd zombies were trapped inside when trucker set off bomb with buckets of nails and scrap. Sound of blast snapped he merc who left the secure mill and charged yard with grenade launcher. More zombies boiled up and the merc fired. Fence was ruined and zombies loose fifty more came.

Truck plowed into them killing several while sheriff on church roof jumped on and manned the machine gun on the roof. Burglar with mercs AK47 fired. Truck grinded into zombie mass, wheels spinning on raw rotten meat. Machine guns and grenades blazed. Zombies kept coming so truck backed up. Burglar slipped and fell trying to reach wreck of car walls and Ninja jumped on truck as it backed up. Nonstop gun fire mowed the dead down. Even the headless kept coming and some were distracted by screaming sheep locked in church. Truck charged again and many fired into zombies. Merc who was crazy started to punch zombies with his steel fist bursting them apart. Some tried to grab him and he just tore off their arms.

Truck mad a spectacular charge through zombies and turned through graveyard. Ninja fell of church roof when she jumped from truck. Emptied her reconciles machine pistol and went for sword. Sheriff on truck roof kept throwing grenades and firing the machine gun. The burglar emptied her rifle extended mag at zombies. Finally they had thinned out and the mad merc and ninja mopped up the rest. Town mad for blood and keen to go all angry torch wielding mob on company lab compound. Party keen to rob compound of weapons and lab gear.Over a hundred zombies destroyed.

On the news stories of outbreaks world wide and cities closing gates to the wasteland to quarantine. World just became even more fucked up....
Posted by Konsumterra at Sunday, July 06, 2014