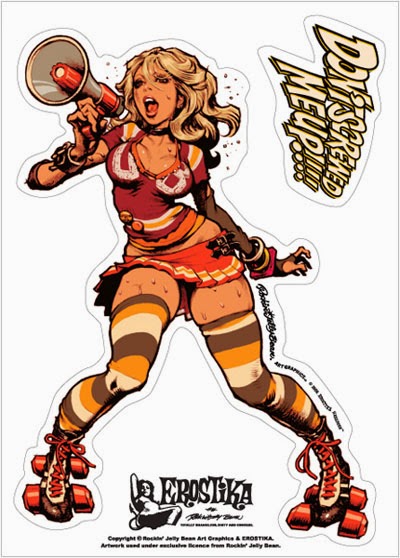 So gang plan assault on corp compound studying zombie plague. Thief broke into fence then hacked guardpost security comp. Set to accept any swipe card and ring no alarms during a period. Then she and ninja waited on roof after damaging copter and it's minigun.

Morning and the big rig, and two cyber psychos in vans rammed gate down. Counter force of sec-corp came at them and their jeeps and vans went up in salvo of rockets. Two unmanned subcompact cars with lasers were a bigger problem. While one van drew fire by being most offense, sherrif interceptor got in close to building.

Ninja and thief girls killed copter flight crew and cut through doors and went for lab. Ninja girl seemed to know what to grab so thief took extra samples then let out zombies to eat scientists.

Drone operator borg jumped from his van with rocket boots onto laser compact and disarmed it. Then hacked it and chased other one. He was built to do this to aircraft by army. While others avoided las fire he mag-claped onto other compact and took control, turning laser to team side. Truck badly rammed front of motor pool gate. Lasers cut through and other combat bork with s-shot revolver grenaide launcher walked in destroying everything in garrage level. Sherrif grabbed some evidence but couldnt open safe. Luckily the hacker borg brought his therapist who stopped him chasing poor women so he ripped out safe and drove off on his laser compact and let "Doc" drive his drone van. The big rig trucker left a huge bomb in base power plant level then fled, while the ladies fled to Ninja's cycle and escaped.

Got to melbourne and Ninja brought everyone pay and some extra rockets rounds. New zombie outbreak security scare but no big deal as most of party never allowed in nice parts of city. Thief found black market biotech and made a hefty profit. Got "recruited" by a small death race league. Found the fixer was a Gentech employee (just like the ninja). Upgraded cars to include twin MG for for sheriff interceptor, a MG turret and FWD fire .50 cal for truck. Drone van put laser on his van and stole some other parts. Recieved Gentech conversion kits to improve vehicle performance and some decals.

Drove to Middleton for 8 hour race to Gundagai. Competing with three other teams. Red Ants a body chop shop from Melbourne of ex cons. Black Vulture with celebrity Driver Helmut Angstrom (slums around world wide c lists for fun and hogs glory) and Devil Dingo's a bushmob. Was to be a chopper filming race and team support was not to be seen harming racers or whole team became fair game. Pedestrian kill score would be a tiebreaker. Local law may retaliate. Traditionally racers dont shoot each other till last leg as other racers on road helped your survival chances.

So Helmut took lead with best car and deployed a road trap which others mostly resisted except devil dingo team which got tangled in it and damaged wheels. As moved further on 4 gang cars came moving in for glory of killing racers. Helmut agreed to take lead in a V formation sacrificing his lead. He was a showman. Two went down and surviving two went after Dingo who was never seen again.

At one point in a small town saw Helmuts car turn off so others followed him. Drove through old race stadium where fans opened fire and racers fired back. Ratings went up a notch and party realize they can learn from Helmut. A few bridge bottlenecks caused tension and Red Ant went off race way. The big rig happened to be ahead and detoured to intercept, placing a charge on the road.

Sheriff playfully dropped caltrops damaging helmets tires and got a temporary lead till.

Then they encountered two red pickup trucks seemingly unarmed. Sherrif gave them a warning burst and rocket pods popped up. Helmet started blazing his guns and one of rocket pods shot off. Three rockets streamed to the racers who managed to dodge fire but a near miss tipped Helmut's car. As pick ups rammed him and men got out Karumi the ninja wasted the crew of one car and chased off others. Helmuts support chopper grabbed him and deployed a drone to watch his car.

Red Ant car got singed in blast on road and lost control but otherwise ok till pittstop. Over next few towns he shot up an animal shelter and a school. But Sherrif was better man and got a bigger lead despite being fired on. A rear fire MG probably on his list now.

All pleased and invited into regional race meet with more cars over several days. Helmut was off to his Euro Circuit but remained friendly. Red Ant Team not so much love.

Some crap on news about mars mission losing contact. Who cares.

I need to do some car sheets, car equipment mixing gurps autoduel and top secret/si

Probably define what support teams can do better

google maps/earth is awesome - Australia so close to wasteland anyhow not much different
Posted by Konsumterra at Monday, July 21, 2014