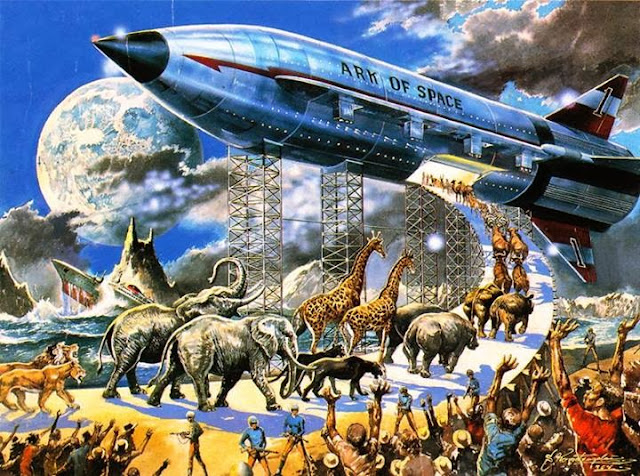 here is something i thought id posted

Started off party at 6th lv as I thought was too tough a setting but will start next game at 1st. These guys ended this game at 9th. It was fun having visit metamorphosis alpha, gamma world and Carcosa but too much tech disadvantaged some players. Will up magic more or add more magic too tech scenarios lifted from other settings.  Id run party again but I'm hoping to start all games with a blank slate in new year. I also want to inject more background and story into sandbox games even though half players drop in and out often. I'm also stingy with magic items which i need to get over. Some tech influencing spells might be nice too. Ignite Explosive spell would be nightmare though. Let players charge phones with cantrip which was nice. Had a Thief player walk from this game. I wish he had discussed his beef but I will address elsewhere. I will try and get him back as I haven't ever had player spit dummy mid game in 30 years. I usually try to address problems players have if they are dissatisfied.

Some Issues at club like who plays with who and who doesn't get along beyond my control. In past I have been blessed with consistent players but in club setting I need to be flexible. I like story based campaigns but harder when players vary often. I have some core players which is good but if a semi regular gets involved deeply in a story then not around in important session makes hard. Some players move plot hard others more passive. Still plenty of adventurers ahead.

Last time party on Warden II exploring a jungle hab module in the generation colony ship orbiting the moon. Moritascus the Druid, a Hawkman, and a Morlock and a Priest of Pheonix were camping in a eco control lab in the artificial jungle. While most of party were talking to a scientist the decantered from a clone vat some other party members were teleported in by the goddess Pheonix in. A El'dren with his riding spider and an assassin. As they chatted about what to do the gormless button mashing Hawkman came through the jungle with a hoard of vegepygmies. The Druid spoke to them and their shaman and explained humans meant no harm messing with the sacred site. He with the morlock reprogrammed the ecobot to stop spraying the vegemen with weed killer which pleased them. The druid took some of their seeds to spawn on Psychon and was keen to make hybridised more delicious psychonian versions.

Priest and Druid consulted gods and a magic oracle with what was best course of action. Gods wanted the ship where it was as it was a goldmine of genetic and AI components. Plan was to go to local spacedock and set up a better link to earth. While passing through tunnels they saw approaching squad of security androids with stun guns. Assassin hid and waited to pass while party set up defencive stance. Stun rifles devastated the party but the assassin, morlock and hawk dished out lots of damage. The elren summoned a hoard of gun wielding cherubs and the party managed to route the androids who were not equipped for melee.

Managed a victory and found stardock. Had a medical shuttle, a cargo ship, a lunar shuttle and a strange alien ship like a streamlined bullet-fetus that Hans Giger might paint. The alien ship was approached and a miniature version with guns inbuilt hovered out to threaten them. Assassin crept inside and while party battled outside he used energy mace to kill all the sleeping beings in their docking bays. Turns out were cyborg horrors returned from the stars to reclaim earth after centuries in space as cyborgs.

Cargo ship full of stasis frozen biological material of ancients and medibay had a high tech med bay capable of growing clones. Morlock keen to learn to grow own creations. Found a female android nurse the Eldren adopted which outraged the the assassin who left (more on this later).

Established link to Psychon and the god Pheonix and party beamed back to their recently claimed orbital station. Spent time relaxing and left new Dr and Maritascus to start garden on repaired section of station. Recharged and repaired weapons and debated what to do next. Pheonix offered to send to Morlock homeland. He came from a Walmart store buried for centuries where the management caste had been infiltrated by devils. The party morlock had left as he had exposed the truth and had to flee for his life.

Party refreshed and recharged artifact weapons including a power mace, military laser rifle and stun guns aplenty. Beamed down to horrible contaminated volcanic wasteland and vault door to sub world of VValmar. Went through sub train tunnel to the morlock cargo dock. Entered the Eloi herding warhouse district and mugged a morlock Shepard boy. Eloi lounging in luxury furnished open area with narcotic fountains and food dispensers. Sheperd boy directed them to managers section and party sneaked most of the way by pretending to be morlocks prisoners. Eventually found morlock command area guarded by Morlocks dressed in red. Morlock spoke to them in diabolic as he suspected they were devils and it paid off. Took to admin central with secretarial pool, manager offices and board room. Managed to talk way into office. Dispator knew they were up to no good and called his erinyes secretaries from netherworld and adopted his true form. He threw a wall of flame up and used his terror gaze to drive most of party into wall.

Battle raged on and those scorched running through wall got into battle in lobby. Team battling Dispater managed to pretty well with eldren summoned hoards of cherubs that couldn't hurt Disipator managed to kill his bodyguards, secretaries. Devil lord smacked them around like toys and got some stunning criticals. Hawkman especially with a 10d6 energy mace.

The Devil management team fled and the Morlock hero had grey haired secretaries anoint his wounds and proclaim him the saviour of the subworld. Party nabbed the Devils loot and returned to their space station and trained themselves for a few weeks. Hawk even located his home hab of flying hawkmen citadel to invade later on.

Players all pleased. I may run these guys again but a good moment to end. Lots of experience running higher level games of late has been good. One of best things has been rolling as many dice as possible at once instead of separately. Fully adopted ascending AC which has proved easier on new and old players. Players have been very action oriented which has been fun. Look forward to starting again with lessons learnt.

I was reminded of 2 years ago when i wanted to play dnd or gammaworld and could only choose one. All this came about from my thinking  based on that problem. As a kid I hated mashup genre stuff and was a purist. I must be over that.
Posted by Konsumterra at Friday, December 27, 2013