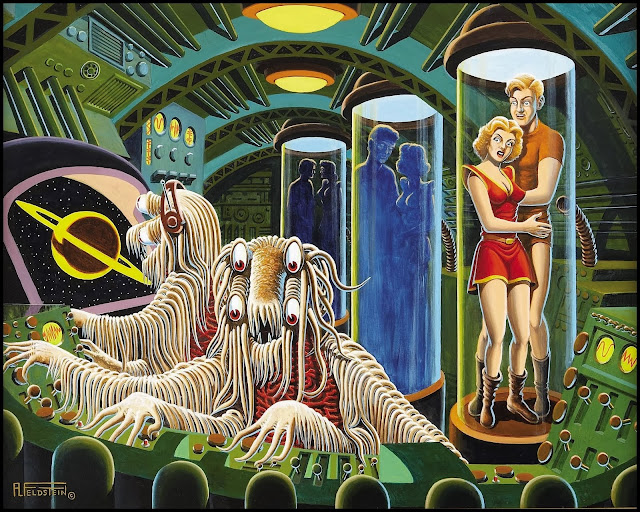 X-mas adventure on the road:
So in Adelaide, my laptop with no power bought this tablet and wouldn’t plug into laptop and last juice ran out so didn’t even get a chance for USB before power ran out. Doh. This is third tablet of same model replacement so hopefully disaster proofed by numbers. First lasted a week, second died second time I unplugged it. I found this one had best keyboard and great when working so I stuck with it. Back in my home town for xmas. Seems slow paced. Many shops couldn’t be bother opening. I walked from a restaurant that couldn’t be bothered serving me and had a Cornish pastie instead as that’s one thing Adelaide does better than Sydney.


Caught up with old friends and had a game of Psychon. I’d played with these guys for over 20 years so I treasure the 3 or 4 sessions a year I get with them now. City seems way to quiet for me but I have been offered several possible inheritances houses here and if my health went to hell might end up back here again one day.


Was tempted to settle in Fitzroy Melbourne but just heard someone I knew was killed there on street on the street Wednesday. I’m pretty sure he said something shitty to some strangers so I am not really surprised. Still a bit sad but the two guys who did it (one blow) were just unlucky as dozens of people had attacked him before. I’d had guys try to rob me same area and I just looked unimpressed and said no and ended up talking about heavy metal with them. I think Sydney is safer of three cities even though it is the biggest.


Psychon New Jack Stylin:
So a good chance to try out my Psychon game with these guys. The character generation went fast and were pretty entertaining. Richard came up with some weird ideas for followers and Michael followed suit. Will impact every player and deserved a blog of its own (d100 weird potential followers). Will start next Sydney campaign with new characters at level 1 when I return. All Psychon really needs is some mutations rules and some weird science classes. Some discussions of including under beast men plant men and elemental men (rock men). I’m also reminded of Element masters game from early 80s I never saw but realize could be a goldmine of ideas so I will try to find. I will write a comprehensive review of 80s RPG from Melbourne RUS a Russian fantasy fairytale romance game and will include Super Squadron and Hunter Planet also shortly.
I let party draw what hex they began in from a pile which worked well.


Adventure begins - staring:
Callan the Golden – a burnished golden scaled skinned rogue with metallic cyan dreadlocks. Has cat eyes, snail antenna with violet blood and crimson plasma. Tastes and smells of rose water. A second story robber whose family were killed by beastmen as a child and luckily fell down a well where he was raised by tiny mushroom men. With one of his mushroom pals in his pocket and his pet bat winged vampire weasel. He carries a gas mask for when his mushroom releases a chocking spore cloud and has a batch of eye drops that act as a shrinking potion. He prefers to use daggers and prefers to stun foes with a blackjack from behind than kill or use his acrobatics and climbing and balancing skills to escape. He worshiped Centipedus the mecha-centipede god who guards magic mushrooms from greedy bugs and invaders.


Vanity the Bard – a electro performer from the 1980s lost in some jungle ruins on a band tour on a drug spree and woke up on Psychon. He now has green slimy skin, two tentacles on each limb instead of fingers and toes and a lamprey tongued. He tastes of eucalyptus and has tangerine blood.  An expert with martial punch and uses spiked cestus. Plays an atomic keytar found in ruins that could explode if abused. Has a cherub familiar with large genitals he calls the smut fairy because all in play rude gags are blamed on it. Followers include a singing crystal with knowledge of the ancients, a girl groupie shield maiden with tangerine skin and green hair, and jugs his 2 foot giant slug with breasts that lactate chocolate flavoured blade venom. Vanity uses psionic spell list specializing in divination. Plays Kraftwork, Trio, Falco and minimalistic euro electro from 80s.


Vanity was fleeing a band of angry koala men chasing him for his delicious scented flesh when a mist came and a robed ancient honky appeared guiding him into the fog.
Callan and his mushroom were fleeing a giant mole when the same man appeared in a fog cloud.
Both men and friends appeared standing on moist chalky ivory soil in a might forest. Twenty story green trunked trees with huge shades canopy of violet leaves. Smells of pineapple, chlorine and sandalwood wafted through the air and beams of burning light streaked through the foliage, shielding life from the burning sun. A clearway through the woods had a great cracked metal road, scoldingly hot from the horrendous glaring sun. The shade either side was well travelled. One way went to a horrendous treeless desert the other deeper in the woods.
The group made acquaintance and marched to the cooler lands deep in the woods. After a while they saw from the heat shimmer on the road two figures. Two wizened sun parched yellow skin zombies marched towards them and the gang finished them. Later they heard discordant music ahead. Curious they crept up and saw three eldren in fine robes playing a bard battle with three magenta savages.
“They’ve got jewellery” said Callum
“Interesting music and instruments” said Vanity


The eldren played a harp, a complex brass multi keyed horn and a flute. The savages played a mono note horn, drums and bagpipes. As the battled, Vanity joined in with his keytar paying kraftwork style simplistic sythpop. The amazed locals looked on while Callum sneaked behind them in case they proved hostile. They battled till Vanity beat them and the angry savage men slinked away in anger. The eldren explained their currency was knowledge and music and invited party to follow them to their city.
They described the features and threats of the Magenta woods on the way.
Killed a larger zombie gang and a bunch of fire cultists with sacrificial daggers. Callums mushroom brother used his choking spore cloud to great effect before seeing the mighty Eldren citadel thirty stories high. Most was full of eldren some who never had left their palaces in hundreds of years, but the lowest level was a foreign quarter for merchants of other lands. They were settled in a inn and paid for zombie heads and offered jobs where they would be interviewed by scribes till they ran out of good stories. Eldren only used cash to deal with foreigner’s.  After a few days of healing they recruited a gang to explore the ruins. Adventurers from many lands were here so plenty to choose from. Vanity used his history spell to assess them.
Vanity warned all of Glag and Glolz plans and had visions of their use of monster lairs to kill and rob parties. Their father had died in such a scheme years ago.
Marched through the woods and found ruins overgrown with great trees and half buried in leaf litter. Saw a huge covered pit the traitors led them too and pushed one of the traitors in. The other was backstabbed by Callum. A giant ant lion killed and dragged the savage in its hole in the bottom of the pit. All fired at its exposed tail end till it roared and crawled in its hole and wouldnt come out. Callum lowered down a chunk of dead savageds flesh bathed in Juggs the slugs narco milk. Drugged theant lion and managed to finish it off. Found some eggs and other corpses with various loot including a flintlock pistol.
Searched area and found a spider lair that vanity had seen from his powers where the dead savages had used also. Climbed up and set fire to web driving out spider and killed it after a fight. Morlock took the brunt and shrugged of the venom. He was a bit sad he lived.
Found a vault door where Lolz had lost his friends and died trying to open. Callum opened and found a mummified priest of Colossus with a holy symbol which could store priest spells. He spent his healing prayers then the party locked themselves in to rest. Zombies battered the door but the mighty vault held. In morning priest announced he had doubled his healing prayers. Party set off and headed for centre where zombies were coming from. A huge rail station was found or god’s barn of the metal beasts as natives called it. In the great tunnel they found a mighty stair case with zombies coming at them. The priest turned some and the rest were easy prey. Could hear strange soft lisping chants and crept up silently. Saw a huge bearded wizard snake in a magic circle raising zombies. Hoping to stop it Callum backstabbed the 3 foot thick beast and the rest charged. All rained fury on the beast but the spell went off with a dozen zombies joining the fray. Raged on for a while and many would have died but the priest managed to heal many party members mid fight, returning them to the fray.  Eventually the evil beast was killed and the last zombie fell.
Chopped off its head and found its huge book. Found many trinkets including remains of a dead angel in the snake dungheap. With him was a holy chainsaw that ran on holy water and could do terrible damage to undead. Was platinum and covered with holy etchings. Awed by this the party returned home. Trained up for a week. Callum learned to inflict critical wounds on a natural 20 and improved his spotting skills as so useful. Vanity improved his martial arts and learned sacred art of verbal abuse. Went on to Bard school in the forest and crossed the desert to temple of Colossus where Mondd was welcomed back with the lost holy symbol.
All bonkers fun and enjoyable. May get one or two more sessions and proves I can run 1st level on Psychon from start which I didn’t think was possible earlier. Another session on sat and possibly a third.
Posted by Konsumterra at Wednesday, December 25, 2013