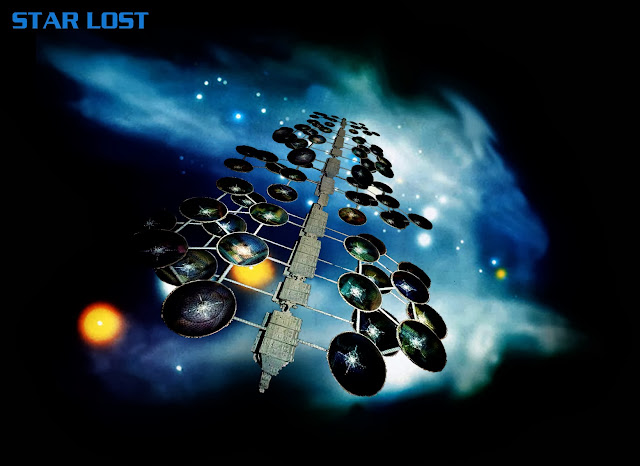 Arthritis kicking in - my mood usually starts swinging a few days before it starts, just need to drug myself up to hopefully stop it early. Had 4 days a sinus pressure. Ive also had my teeth hurt from weather changes of late. Will look to bodily problems when my mood goes down toilet next time.

So Ive had players get back from Carcosa, run them through a Gammaworld module and now they have visited a sister ship of Metamorphosis Alpha's Warden. Neat - im killing lots of RPG dreams neatly at moment.

Filgree the Hawkman barbarian, mouring his dead catgirl
A Priest of Pheonix and his adopted snake child
A Morlock tech expert heavily armed with guns and a battle axe

Party explored the transmat space station as directed by the god Pheonix, so she could access transmat links to luna, Warden II, a jovian cruise liner and other locations on Psychon. Lots of grey ooze nanite zombies party killed thank Pheonix they had a priest with them. Turning zombies pretty much let them live against huge swarms of zombies. Morlock tried out laser killing a few with 6d6 until almost punctured hull. Snake child sonic attack handy. Priest adopted snake girl but hawk keeps grumbling how he wants to kill creature who helped kill his lover the catgirl. Once zombie free the party played with a clothes replicator and made silly suits. Found computers in decompressed section and only one pc could wear a space suit and went to link computer to Pheonix. Also discovered a hydrogen fuel cell charger but a hasstle to go EVA every time to charge one battery.

Pheonix offered to teleport party to other places they have visited on Psychon now she controlled station or help her expand to other locations. Morlock called his home a long buried walmart store just to moon devils in disguise running the place. He wants party to go there and take over. Checked out Jovian liner, damaged but functional. Party visited but discovered that's where grey ooze zombie plague came from.

Beamed in found clean grey transmat room. Realized the poor bastard they killed when hawk button mashed the controls in the station and beamed a wet mess that was somebody into station must have come from here. Found an AI terminal and found unhelpful and maps restricted. Tried to hack but it called security. No transpissions out so no help from Pheonix. Wandered about and went up a gravity tube a level and found huge door. Started trying to pick it saw humanoids coming. Went into jungle habitat. Once inside felt like not in a spaceship with sky above. Got attacked by flying ripperbugs and one almost killed the snake child. Found a science bunker. Found equipment lockers and awoke a sleeping ecoborg robot that offered to assist restarining animals (Hawkman and Lizard Girl).

Found sleeping quarters, kitchen and a lab and rested. And a chamber with frozen creatures, dna samples and several decanter clone vats. Selected a crew member from database to revive. Buffer error do you wish to continue may result in mutated aberration. Morlock went yes. Also tried to grow a second lizard child. Catgirl possible from samples but would have no memories.

Scientist was a wrinkly skinned bullet headed long limbed yellow freak but had memories intact. Shocked by his revivors. They told him they were crewmates without memories. Snakeman chimera horror burst from decanter and party killed it.Almost destroyed lab. Meanwhile bored filgree having been told to not button mash anything ever again wandered off and saw a vegepigmie hunter gang, Offered them rations and led them back to bunker. When they saw it was openand occupied they flew into a homicidal rage and attacked.

Next weekend my last weekend this year in Sydney - off to Adelaide next Week. Will try to wrap up some stuff. Party pleased to have a base.
Posted by Konsumterra at Sunday, December 08, 2013