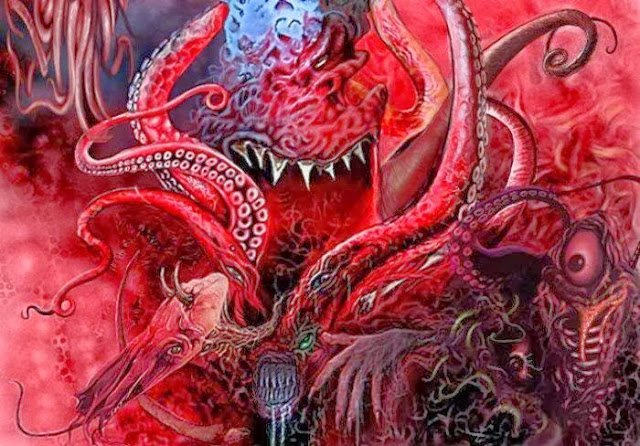 Dress up a dull dungeon with the "Dungeon Decor Table"
Something to slap on an existing level of a dungeon for local colour
Used those boring old geomorphs too many times? Then try this!

After this things would get more weird, walls of quivering demon flesh, everything made of living flame.....perhaps later
Posted by Konsumterra at Tuesday, December 10, 2013