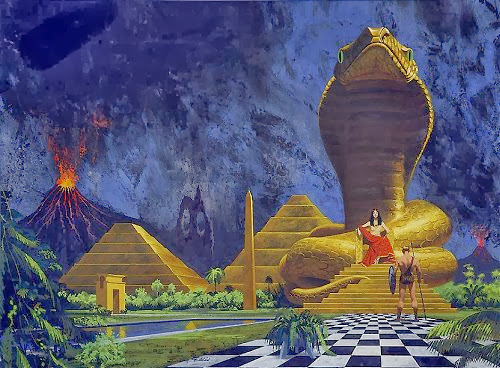 Dungeon of signs did a post on evidence there is a party in your dungeon which fits in with what I did last time with things to happen to dungeons while your away
dungeonofsigns.blogspot.com.au

Using a few things off that list to foreshadow one of thee gangs in the dungeon would add extra exitement to those random generic murder holes we call dungeons.

If it does not specify they are good or evil consider giving party a curveball with alignment variations for these parties. Many greedy and willing to kill son good not so common. Misunderstandings occur also.

I had a party in runequest set up a kill zone in a dungeon once with traps, spells and ambush. Problem is dragon newts walked in. Parky killed most of them but some of greatest dragon magicians and heroes lasted a few rounds and injured party and damaged all their equipment. Dragon newts not actually evil and they self reincarnate and carry grudges. They kept hunting heroes who had made magic armour from their skins. Many years of revenge and awful killing followed.

Posted by Konsumterra at Monday, December 02, 2013