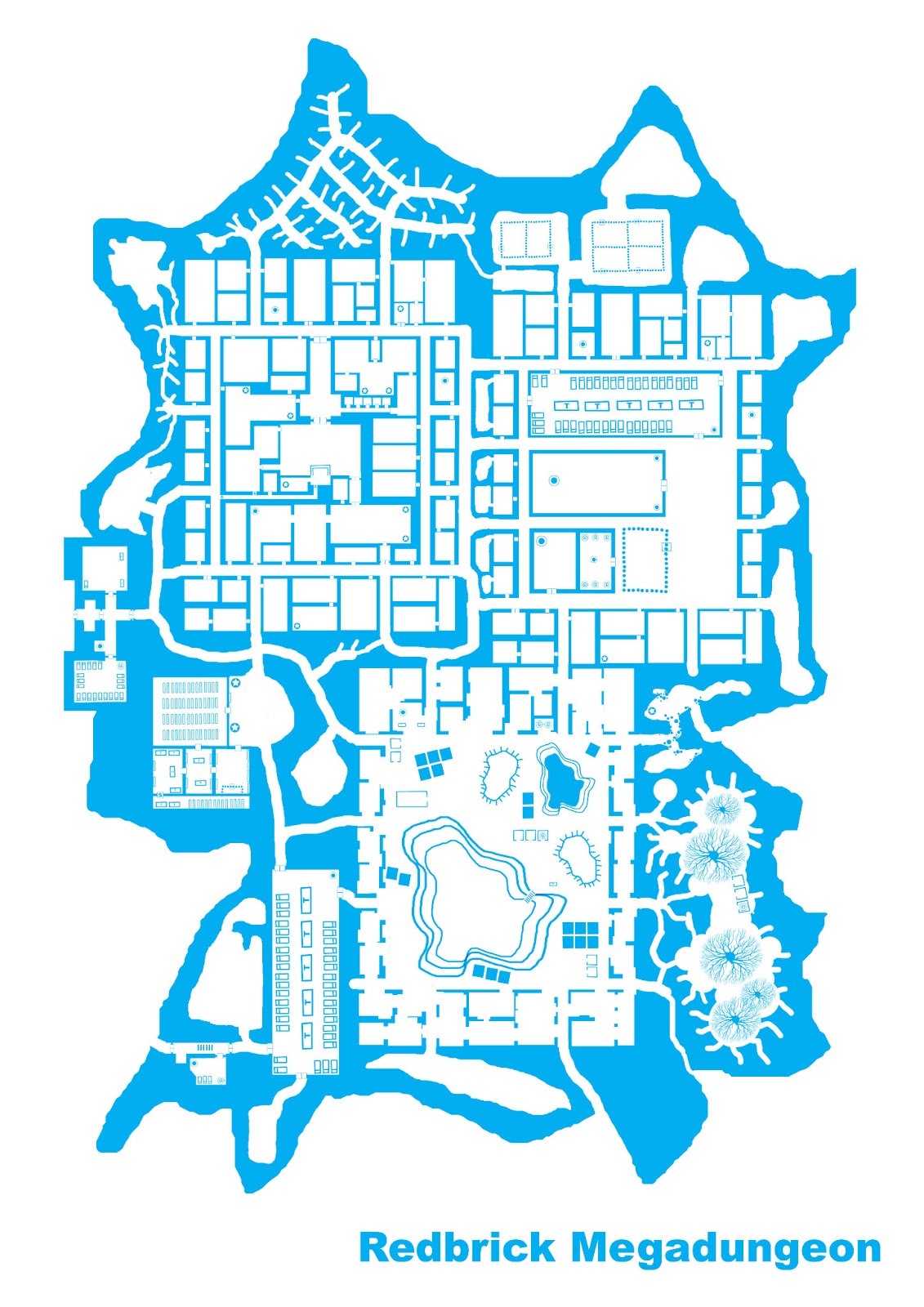 Kobold Mountain is a dungeon made up from some of my geomorphs. Basically a kobold clan have been instinctively building this. At some point an evil wizard joined them and has been tutoring the best kobolds in wizardy. The rest stick to traditional kobold arts like rearing mushroom tree gardens and building traps.

I googled gangbusters and the pdf came straight down a link unbidden. The game was never sold in my state and so i got the modules on sale a dollar each and lived in my CoC folder since. Rules on criminal profits handy. I had a Cthulhu party get a gate from L and used it to smuggle booze to finance war on evil. London to Arkham  Hmmm gangster era encounter tables might be a goer and even Marvel ones might work. Lots of mechanics here leaked into top secret and star frontiers. Im glad to have seen it after 30 years looking for it. Since ive read it, i went into dreamy dreamland and had awesome imaginings of gangbusters-dungeon mash up.

Bugbear bootleggers with pinstripe suits. Hobgoblin extortionists. Goblins mobsters take the docklands and blow up a wizards tower. Since that magic cabinet was found with a transworld gateway fell into Bugsy's paws the dungeon denizens have been inflicting new terrors on the local hobbits and humans. Farmer Dilby didnt pay his protection and lost his cows. The tavern was burned down and the brewer driven out of town. The guildsmen and Mayor and other civic leaders seem incapable or unwilling to stop this tide of strange evil. Many common folk have become hopeless gambling addicts, drunks and many owe kobold card sharks and hobgoblin money lenders. Bugsy, the bugbear leader of the dungeon gang armed with a strange thunder gun killed the sheriff and his whole family for daring to kill a hobgoblin.

Since then, gnomes and wizards and the three sages have been kidnapped and dragged off in sacks to the dungeon for some unknown purpose of the bugbear gang boss. There is less daily violence but orc, hobgoblins, goblins and kobolds walk the street openly and none dare challenge them. They have been making a smooth roadway from the dungeon through the hamlet for Bugsy's big surprise.

I dont know where this is going but its the sort of thing I dream while dozing off.
Posted by Konsumterra at Friday, March 08, 2013