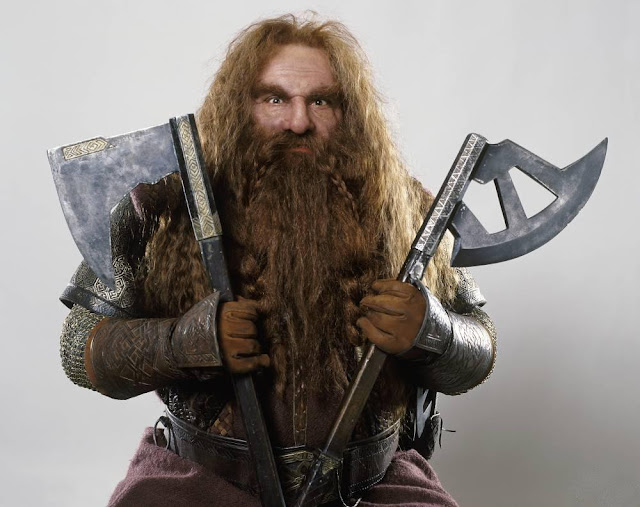 Have noticed my maps seem popular. Worth some hits and + on google. Noticed also oldschool rpg planet didn't include my gammaworld post so i guess its moderated and gammaworld 2nd ed isnt included. Yet bathroom renovations are cool. Just sayin - it's a great resource and im flattered to be on it. Someone else raked me top 10 blogs which is nice. Two bloggers i admired and lost names have linked me too which is great.

One of my graffiti industry peers commented im getting more hits for this than my professional art and said he wanted to play which is funny. He would be an awesome illustrator to use and did my newspaper cover in 2012. We will probably work on a comic together. Another friend started drawing fantasy cartoons and a comic so i think the Hobbit was a good influence.

Buck Rogers game wasn't the worst but could have had more better more modern artwork at time to set imaginations on fire. It felt spartan but content was good.

Castle Greyhawk I still read and would like to see a fluffyquest compilation but i see why greyhawk fans outraged. A classic of gamer nerd humour. Some levels you could slip in - the zoo one best.

Indiana Jones is an attractive game but you need gm pack - very nice. I might steal ruin generator.

I dont really care about office politics but  i get impression of greedy legalistic struggles hampering products. Quantity over quality. I dont mind second edition ADnD either, but after the basic character class and historical books quality dived and never came back. Necromancer book made me walk from 2nd ed. Not scary or evil or horrible. Underworlds with mishmash gods didn't help.

My real gripe with TSR is not keeping their better systems and not supporting fans. Why did Marvel fold or become a card game? Gangbusters had several editions yet dumped - could have fused with top secret si or something - same for boot hill. Top Secret SI was an excellent system. Poor gammaworld with most versions having needless rules changed again and again. 2nd ed one of best most complete best illustrated games ever. 12th edition now - i think with some ideas in 3rd and current one stealable but wizards clearly have no plans to support this product.

Poor Star frontiers - zebulons guide has some best add ons tech wise ever - micro computers and addable program chips closest 80s game got to a modern phone and apps. But the product changed all the mechanics and promised more and failed. Heck id like to see someone resurrect TSR proton fire game that was canned months before release.

I really only liked universal table in marvel (but BRP fumble-miss-hit-special-critical is similar and id make a marvel type table up if i ran new players now). Didn't like in other games.

For me TSR art quality declined, lack of edgy content, a downturn in 2nd ed product quality after first few guides and people churning out crap for cash so fast they couldn't keep up with their own arses.

All the current character classes out there in new d20 - have they really been play tested? I can see ideas from other games leaked into DnD like skills, criticals, feats. I liked Dungeoneers Guide (but not wilderness) and everyone at the time loved Unearthed Arcana and was already playing most of it from Dragon - I wouldn't buy it again though. My Dragon 72 version of cavalier character did not approve changes and i didn't run a cavalier again. Current support increase for old school gamers is a good trend.

One product I hear maligned as worst ever is Chaosium/Avalon Hill RQ3 Monster Colosseum. I got this and left on shelf for ages till I realized Monsterbook of pregens was very handy. I kept as a core book with basic rules every game in my slipcase for 10 years. Making monster stats is the biggest reason I have not returned to BRP or RQ. HD and AC is all I need. I seemed to remember every Monster Manual basics fine and have not referenced a monster book in play last year. The re-skinned bear approach works most of the time.

Halfling will be final of basic races. I may revise Tako to be clearer and compatible with the format used here. I have toyed with other races but I dont want to make races better than say an elf. I may do Gnomes as a more magical, less combat oriented creature. I have had requests for rangers, paladins, barbarians. Did have a bugbear PC a few years back in a game I allowed. I always liked animal spirits in oriental games. Talking animals or beast men a possibility too. Im in no hurry as players have lots of choice and since seeing elves less popular the eldren and other newer races makes me think too many good races is a liability.

Any way on with Dwarfs. Like gamer culture dwarves have changed alot. Were vaguely midget vikings now seem huge and as wide as they are tall wearing pot belly stoves and all have scots accents. A dwarf to me is a tough subterranean fighter, highly resistant to harm, with some exotic skills. I have to say Jim Holloway depictions of arms, armour and races are the closest to my imaginings. Newer art seems too superheroic and would suit a Marvel RPG game about demigods better. My dwarf should satisfy dwarf fanatics anyhow.

Dwarf
Subterranean warriors of the under lands

Dwarves are an ancient race and servants of the gods and among the oldest beings along with trolls and elves. The dwell deep underground mining for precious minerals and trying to restore their crumbling cities of the deep. Dwarfs wage a slowly losing war with humanoids like goblins who breed faster and will use anything as a weapon. Many dwarfs are xenophobic and well in forges and machines while others live closer to the surface and dwell beneath tree roots and interact with nature. Dwarves are simular to human warriors and are very resiliant but in long run human fighters are superior martial artists. While dwarfs have more NWP skills for crafts, esoteric knowledge and underground survival skills. Dwarf prefer WP like weapon expertise, frenzy, shield and armour use, enhanced criticals and extra attacks and HP. Dwarfs are 4 ft on average so others may attack over their heads.

-Can inflict critical hits as per weapon , can buy extra weapon proficiency slots to raise this chance (other must pay for this skill)
-Can take weapon specializations higher than other classes (+1WP=Expert +2WP=Master or +3 Specialist  of one weapon instead of one +1 Expert, one weapon max as per other classes)
-Xtra +1 attack at 6th lv then +2 at 12th etc
-lv 4 use next larger dice vs larger than human creatures
-Can see in dark
-9 base move instead of 12
-most horses hate dwarves, mules and donkeys don’t mind, dwarf pit ponies are trained to tolerate them, some use goat wagons or goat chariots
+3 any craft proficiencies like blacksmith, trap lore, lock lore, black powder and incendiaries.
+3 save vs poison or traps or subterranean hazards
-4 to be hit by any humanoids bigger than human such as ogres, trolls and giants
+1 hit and damage vs goblins, hobgoblins, bugbears, orcs or kobolds
+1 Any Axe, Crossbow or gun
Dwarfs can learn magic item crafting skills like potions and weapons but not scrolls
At 6th you attract a follower – a dwarf companion every lv from now on
At 10 you establish an underground stronghold attracting +1d6 followers

Specialist Dwarf races
These traditional dwarfs cultures are for dwarfs who are pureblood and native to dwarf culture.

Other Specialist Dwarfs
These dwarves have become more humanized by cross breeding and dwelling with humans. They dont get any extra starting loot and are used to surface folk. Most are dwarf mercenaries who remained in human lands for generations and lost contact with traditional types.