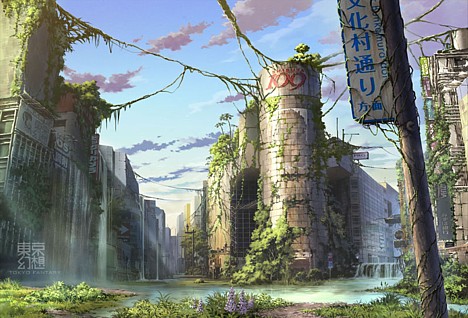 20 Questions for my Gamma Aeon Game

1 How long ago was the fall of Man?
About two hundred years ago, current year 2447after 50 years of the Shadow Wars and the alien contamination of the earth with the necrovirus

2 What happened?
Hard to blame one thing - decadence, anti-tech terrorism, alien undead making necrovirus,  wars, machine revolts from virus wars, a global blackout, bio-agent leaks into environment, genesis nanoswarm or counter evolutionary retrovirus release - there are many theories. One claim is the Ancients didnt die - it faded when the ultra rich hid in their bunkers and domes and orbitals left those outside to rot. There are several megacities in the world with ultra dense populations. Some ancients even fled to the stars in the starship Warden and others.

3 What sort of tech can survivors find?
Steam and diesel industrial era tech has been reclaimed by many survivors, but most live in tribes.Ancient tech had made lasers and energy weapons, self aware robots and AIs, moon bases and orbitals. The most advanced tech of the past include death rays, disintegration, power armour and teleporters and anti gravity. More advanced tech is more difficult and hazardous if misused. Some items have security locks and even AI 's which operate the tech on your behalf or kill you.

4 What about nature?
There is very little life resembling Old Earth. Every living thing has new organelles, nanobugs and modified DNA in cells not possible till 2170. The necroplagues infects a life form and reanimate them as monsters on death. A retro evolutionary virus has made many old species into huge and aggressive mega-fauna (and turns humans into savage ape cretures).  Trilobites and lost species have been rediscovered. There are weird weather types, lab grown forests of flesh, and many surreal Gamma Age phenomena. Ancients not only planned to destroy the world but how to revive it. Many developed terraforming nanofactories to recreate the world. These ended up being the most destructive weapons, destroying cities and billions of people.

5 What about monsters?
Some bio-plagues allowed cross species contamination, others were engineered for some other purpose like labour or military. Most creatures are omnivorous. Familiar 20th century animals are fictional easy to kill beasts of the past.  Mutated common species being more like megafauna or mutated. Undead ancients slumber in ruins and occasionally arise. The controlling force that drove them to eat billions in the shadow years stopped before the apocalypse.

6 What about plants?
Triffids were bread and were profitable at the end - they were cross contaminated and are the fathers of most moving, self aware species. Pod people plants were developed as a weapon of espionage so some Gamma folk kill plants who pretend to be human. Giant redwood forests have taken over the northern hemisphere, some growing like skyscrapers with a population. Some plants have become symbiotic on living animals like umbilical trees or brain-root plant or house trees which grow food and drugs for humans who live in them and keep away tree eaters.

7 What about trade?
Cryptic alliances and many communities trade. Even machines and plants trade. Many places are isolated and in hiding. The bubble cities and mega cities trade with zeppelins, self repairing drones and vehicles like underground rail. Towns and cities usually thrive on trade as do crossroads and caravan routes. Barter is the main currency. Domars are dead chips that have come to be used as a currency.

8 What about law and order?
Local warlords are common as are syndicates in cities. Local militia protect many but a small town might just have a sheriff and his posse or a bailiff and his beadles. Courts are common as are jailers, and torturers. Hangmen or axe or sword wielding executioners are common. Injustice is common. Some places employ machines.

9  What Healing is available?
Even tribal people know good first aid. Everyone desires ancient wonder drugs which can so amazing things. Ancient medical equipment and medical robots can perform wonders. Cyborging is employed by some AIs but they may chip you as property. Some gamma fauna and plants can be refined into drugs.

10  What about religion?
Ancient theism and metaphysics are pretty much that - beliefs of the past only. Supernaturalism and psuedo science has become one. AIs are machine spirits. Electricity is divine power. Machines and mutagens are good or evil depending on your cult. Manny gamma cults and philosophies exist which fill roles of cults. Christians and Mormons exist but their fragmented beliefs are a demented parody at best. A Mutant messiah has been making progress and preaches love and unity but his fanatic followers bodies litter trade routes but keep coming.

11 What about ruins?
Ruins are common especially in Amerikkar. The population was so dense in the end times there are materials and technology aplenty to be found. Many cultures have come and gone since the apocalypse so remains of the last few hundred years settlement are to be found also. Undead, other looters, cryptic alliances and mad machines may be found in ruins. Some ruins are contaminated or dominated by a species which keep it looter free and make them treasure troves.

12 How many survivors are there?
At about 2170 there were 35 billion people which dropped to about 4 billion at the start of the 23nd century. Estimates of the gamma age are hard. there may be 5 billon people packed into megacities, domes and bunkers still. Outside including beast folk, and sentient mutants there are probably a billion. There are millions of androids and robots and AIs. Plants are uncertain but several aggressive strains are becoming a force.

13 What about synthetic life? Robots are still quite common serving villagers, guarding ruins and following ancient orders. Many are on standby waiting their mastrs to come home. Many more are mad and dangerous. Androids require chemical factories and many are always looking for tech to keep them immortal. Some androids are insane and utterly hostile due to military and terrorist virus which alters the androids purpose and change their colour. Replicanst are possibly still being made some places or awakened from pods found in installations. Some want to just fit in to society others go on a murdering spree seeking means to continue their lives beyond their use by date. Cyborg tech is operated by some independent black labs and by the occasional ancient base AIs. Many cyborgs are tracked by their makers even brain washed and remotely controlled. Machine virus and control nanites are a real threat. High tech viruses used by military or terrorists can turn any synthetic to go mad or lose control to an enemy. Some machines develop viruses to assimilate other machines.

14 What about mutations?
Nuclear Chemical Biological and Nanite mutagens are all possible. Many mutagens are responsible for mutations and some are combinations of several agents working to create new emergent properties. Some of these agents, present in most Gamma Age life can be influenced by radiation causing them to alter their host and establish a new homeostasis or possibly just kill them. Gamma survivors are also contaminated by anti-mutagens also which help them heal,  resist poison, radiation and things that would kill 20th century life easily. Some mutations are temporarily - positive anti-mutagens fight back. Some agents can communicate to agents in other bodies.

Retrovirus - which devolves species;
Necrovirus an alien agent which turned humans into flesh eating machines (the controlling force stopped before the end times);
Sapiensvirus - made to uplift species intelligence to be closer to human (plant and animal versions),  Pigment Symbioses - alter a persons skin and hair colour - (used in ancient race wars) - but most create bizarre colouration by coating the being. Some feed off radiation or sunlight.
Psionvirus - basis for psionic powers;
Chimeravirus - actively scrambles species and cross-contaminates species DNA to create monsters with base appetites, turn into hideous hybrids strains eventually turn the victim into inhuman horrors that contaminate kill and mate with other species.
Morlockism - turns humans to nocturnal, clever cannibal who seek to enslave and eat humans; Eloi-ism - used by morlocks to create dumb beautiful food and sex slaves,
Shoggothism - turns beings into form shifting regenerating horrors

15 What about underwater?
Sentient sea kingdoms reappeared in the sea before they returned to the land. Sentient fish, sea serpents are common, but bizarre giant jelly brains and mega whales command respect too. Uplifted cetaceans and sea lions were used by military and even made into cyborgs operating from submarine bases. Some human aqua cities survived or have populated ruins. Atlanteans are Aquatic humans descended from ancients. Many are now wild savages but some live in ultra tech finery. Automated untouched ships and habitats are still common.

16  What about space?
Many ground bases, starports and rocket ranges exist as ruins. Radio stations and dishes are still operational (under AIs or alliances). There are inhabited and and ruined orbitals, satelites and ships in orbit - some are studied by astrologers.  Rumours of aliens, lost asteroids habs and humans modified for low gravity (greys?) abound. Humanity had a bases on mars, jupiter and saturn but they were under control of the Necrovirus. They were the home source of the  necrovirus control source which something stopped about 2170. It is unknown if anybody has been their since.  A generation ship uncompleted sistership of the Warden is rumoured to be out there. Rumours of off-world colonies continue.

17 Who do we get to eat?
Sometimes finding non sentient food is a problem, just sayin it. Gamma age farmers have genetic super crops and giant mutant animals. Occasionaly you discover your own animals have developed sentience and human-beast communities find their own way to deal with this. Some mutant cows and goats trade their milk for food and protection. Chickens hate humans fanatically more than any other animal. Pigs go either way. This is a constant source of contention in the Gamma Age.

18 What should we Fear?
The island settlements are mostly safe but the crazed cult swampies, beaver vikings and odd mutant are a menace. The ancient crypts have undead and machines and morlocks. The lakes are swarming with hostile life making water travel deadly. Beaver and otter musk keeps many creatures away and is for sale. Contaminated zones have more hideous mindless mutant horrors and remnants of mutagenic and worse ancient munitions.

19 Where are we now?
King beaver Island is a safe island in the great lakes. Surrounded by small island and in sight of the mainland invaders occasionally come, but the Beaver folk always drive them back. Most beaverfolk are Neo-Mormons, but some are still pagan vikings or savage tribal beavers. The island has numerous ruins and ancient bunkers. There is an untouched automated airfield still, guarded by robots. Inbred mutant rednecks are either friendly drunks or killer cultists. A human trade outpost from the mainland runs a ferry but a giant fish keeps the island mostly visitor free. A few Otterfolk offer their gigantic kin as boats for fire also.

20 Whats there to do around here?
Local bunkers and a few old lighthouses can be found. More on the local islands. King Beaver is looking for adventurers for commissions to keep law and peace on the island and advance beavertech. A pilgrimage to pitzburke ruins might be a goer. A trip to the treasure troves of space is a dream of King Beaver.
Posted by Konsumterra at Friday, October 19, 2012