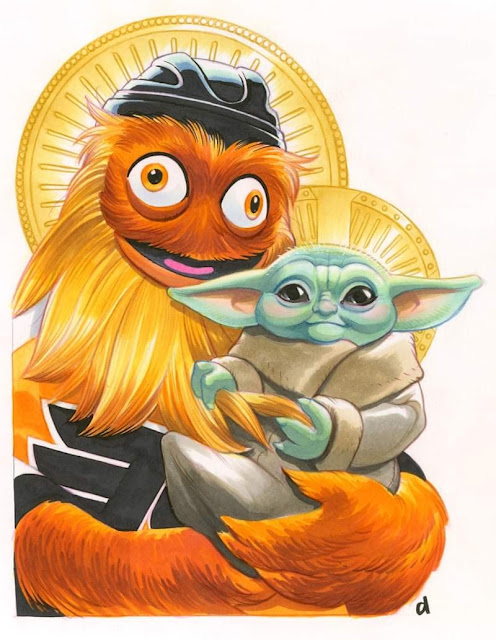 So ppl liked my apocalypse table last post so here is something to use for a fantasy rpg. I would use in poorly prepped borderlands with monsters, nonhumans and barbarian raider camps. Civilised settlers come despite the risk often because they are hated in old country or heretics. It's a fantasy frontier but history will help you get ideas.

You could use to wing it and generate stuff on the fly and not bother with a whole campaign world. Place a start town on a map a dungeon or several then assign a scale and set of generating detail as it happens. It can be fun and I even let players roll some of these dice and sometimes their ideas are incorporated. Over a few years, you get a micro detailed world where players are invested.

Frontier Notes
-multicultural common here compared to settled places. Not only folk from over frontier but other peoples from far away might come as settlers to build their own life from scratch rather than the hegemonic cities. Demihumans more common here often privileged crafters while humanoids like goblins and orcs are seen performing dirtier work and are more often slaves
-slavery might be illegal and frowned on by lawful good church back home, but here slavery or dishonest contract labour is common. Slaver guilds might buy captured humanoids from players or the party could destroy the industry earning praise and hatred from various factions
-easy to get land grants with the obligation to aid king and high ranking servants of the king
-estates, villages and property sold often due to hardship
-prices can swing wildly basic food and services change as piles of coin are brought in by adventurers. Merchant companies manage trade and banking and invest in civilisation
-local law and leaders vary in how unpleasant they are
-church leaders sent here are not the best they are the scummiest. Some alignment variations abnormal in church. Some might be more intolerant others might be perverts. Some are the real local leaders
-murder hobos are more common and might be common foes. Deeds to a dungeon can be bought from local noble and allows you to strip all goods from adventurers in your claim
-loners common including prospectors, banditry, hermits, trappers might take on other work
-lumberers, miners, farmers, cattlemen, friendly tribes all common out here
-fighting types including military, sheriffs, mercenaries, criminals, barbarians, tribal warriors are common
-adventurers get lots of work here. There is lots of trouble, ruins and subversive occultists. Many take on the trade by luck while between jobs
-dungeons from ancient civilisations are common, many were connected to the underland labyrinth. Many tribes of humanoids and other races occupy them. Some are full of vermin. Some are haunted or cursed. There is a dungeon or ruin every mile or so, the tribals know them best

d12 Features (roll or pick)
1 Caravan of traders from a distant land with guards camped at a waterhole
2 Nomads clan camp if impresses offer hospitality at a waterhole
3 Dried up waterhole and empty campsite with trails made by natives or animals
4 Waterhole with wild herd animals and predators
5 Tribal holy place 1in4 occupied by tribal folk
6 Trading post with exotic traders of many species
7 An ancient dungeon entrance
8 Caves where monsters and bandits live
9 Lots of bones 1in6 are ancient fabulous beasts
10 Ancient graveyard with d6 tombs, undead live here
11 Remains of an ancient battle haunted by night
12 Ancient ruin d4 1=temple 2=fort 3=town 4=palace

Harsh Wilderness
Areas where civilisation struggle to expand into

d12 Terrain (roll or pick)
1-4 Grassy plains of pastures and meadows with sheep and cattle
5-8 Farmlands of grain and farm houses
9-10 Wetlands with coast, streams, river or lake
11 Luscious gardens and cottages
12 Developed around a sprawling urban centre

Posted by Konsumterra at Wednesday, November 11, 2020