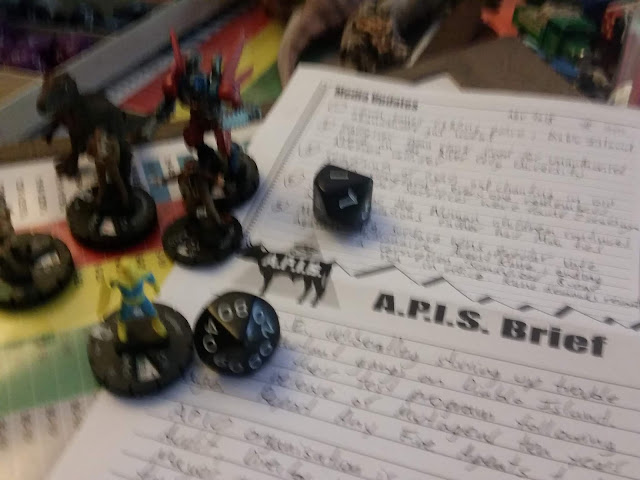 Have been getting ready for a sunday fortnightly game hoping on 3-4 players.
Getting some toy busses for more melee weapons when i set up city battles.
Scale less fussy so hero clix for special characters, 1/72 or train scale for everyone else and matchbox/hotwheels for vehicles. Got some weird hotwheels too silly for my roadwar game but more like super folk cars. Whole bunch of spider theme ones. I failed to launch my roadwar/cyberpunk brp game but lots of elements of that will be here. Have lots of silly aircraft too.

Made a form for every session to record 5 news articles and a report from the Australian Paranormal Intelligence Service. I will post them here as they are used and have 40kg of notes from my previous 20 year long game. Hoping Dallas can help me set up online game too. Seem to be designing again which is good. Easier to do in bed than layouts.

This is as much planning as I do in what is a sandbox. Characters end up generating plots or choosing what to investigate. Sometimes I tie news items together and link to the secret gov briefings. Sometimes they are red herrings. 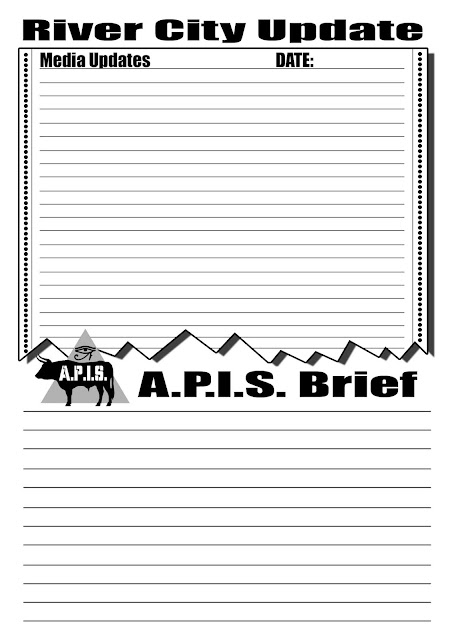 Posted by Konsumterra at Sunday, November 11, 2018