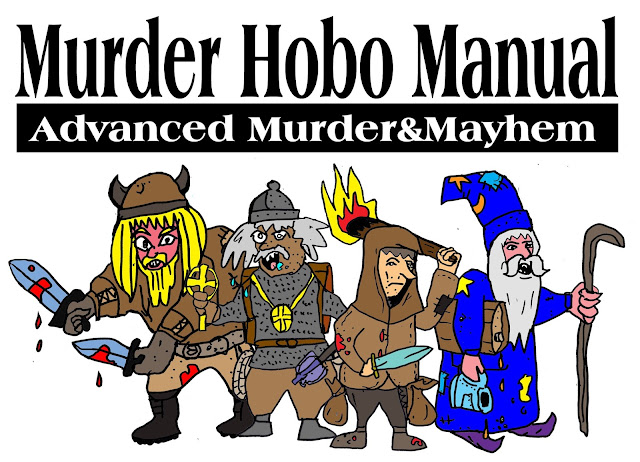 Some art for my next publication. Will do some original art and redo all my murder hobo posts in one spot. Meet Rarg the barbarian, Father Happy, Stabby and Zippo. Once they were typical nice adventurers but years of drinking, sleeping in dungeons and mass murder have changed them.

Also have a vote on G+ for next war zone and faeries winning so far....

So Mysterious patrons got some kind comments from readers so this is the inverse. A secret jerk is doing stuff to cause the party trouble. Blatantly and deliberately.

d10 Enemy is...
01 A scheming cult leader
02 A shapeshifting creature in disguise
03 A noble scheming against upstarts
04 A wealthy sadistic merchant
05 A corrupt government official
06 A pre human monster boss
07 A former adventurer hoping to toughen party up
08 A powerful evil high priest
09 A criminal mastermind
10 A wizard who hates everything that party does