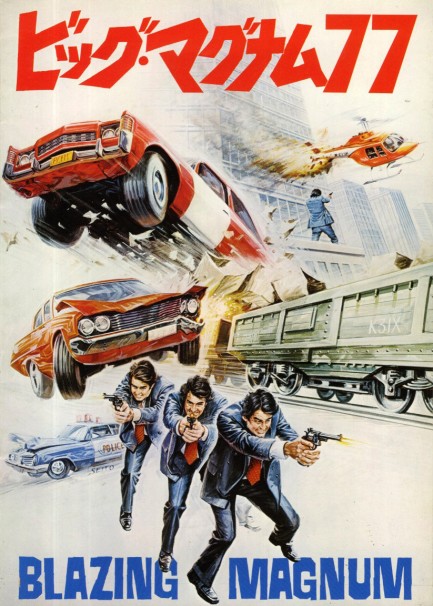 One thought of this setting is to try some earlier periods in setting like 70s or 80s or do as flashbacks letting players add few features and careers between the decades - start out 70s toughs, go through cyborg wars with brains erased on release, a decade in wasteland where gain mutations. Let vehichles evolve each decade too. This is an awesome poster, Japan does some awesome film posters. 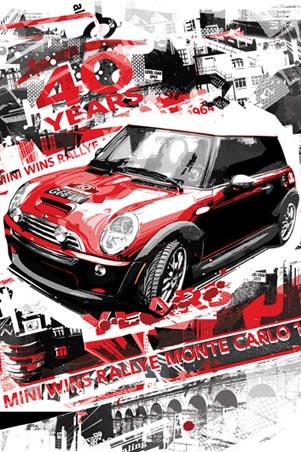 People forget about sub compact cars. It is cheaper to ermour them up and o for best wapon with your minimal space. They turn out tougher than people think. Armour plated with a laser turret for example and a gunner makes a beast in a death race. 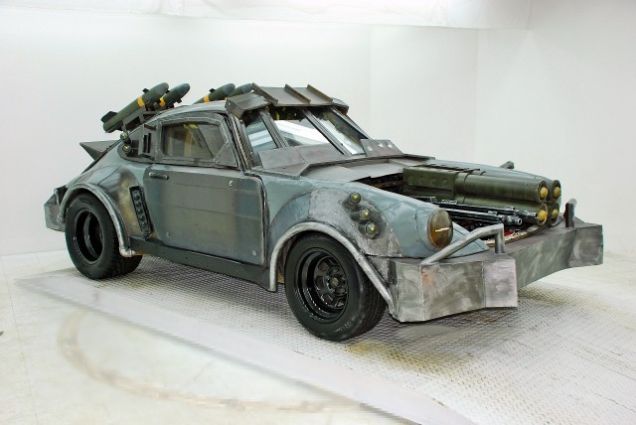 This Porche is well armoured, still fairly fast and has a 4 pack anti tank rocket pack and medeum machine gun in the front, plus 4 anti vehicular over the horizone missiles. A deadly vehichle for quick engage and destroy missions and the speed armour and gun are still formidable once the main munitions hav been fired. Such a vehichle made blitzcriegs on tanks to good effect. 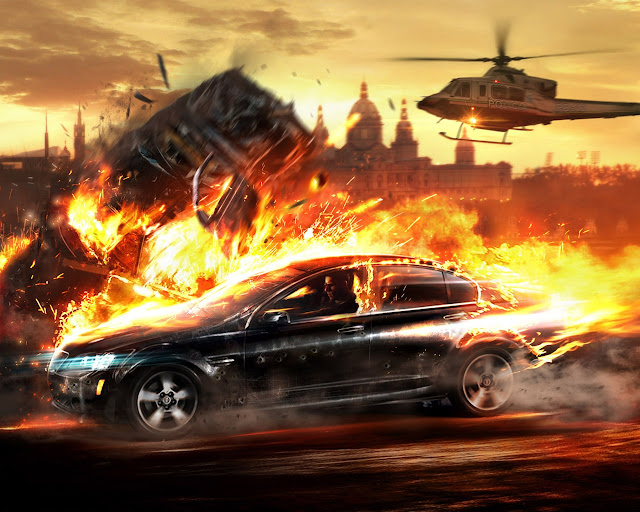 Fire can be pretty deadly even ust as a visual obstacle for drivers. Most panic but this op with fire proof armour also can relaz vs lasers. ECM systems scramble guided projectiles like missiles and rockets. It uses two forward and one medeum laser in the rear. A excellent but expensive modern persuit vehichle. 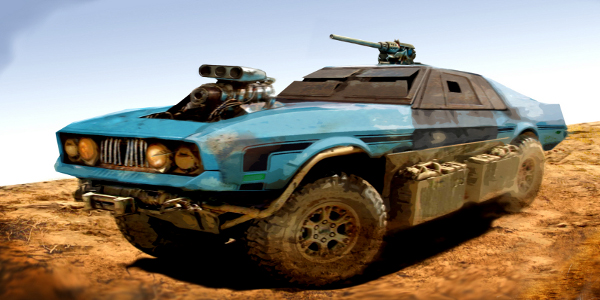 This vehichle has had its suspension raised for off road handling and ground clearance making it a bigger target. The bosted engine is a bigger target too. The cabins are well armoured with ports for passengers and a .50 cal gun on the roof operated by crewman through the hatch. Keeping water and fuel on the otside would be for long trips only. This would be a boss car in a gang or perhaps a militia or poor mercenary car. 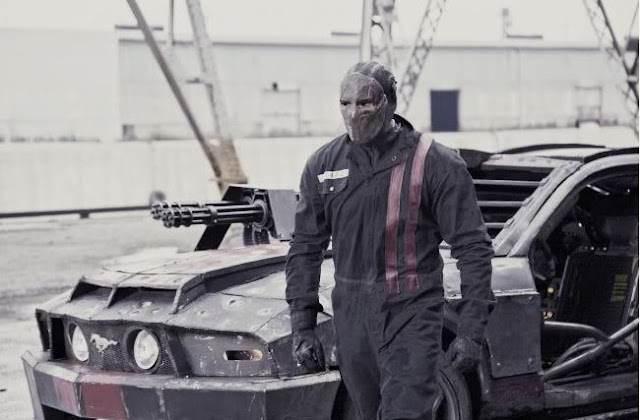 Penal race shows prform well and criminals get to earn their freedom if they out kill all other contestants. Some circuits cover multiple races with different prisons with state, federal and private leagues. Many who win and earn freedom perform well in outside death races. Some of the crew in a team might be released or killed during the race which ads tension. 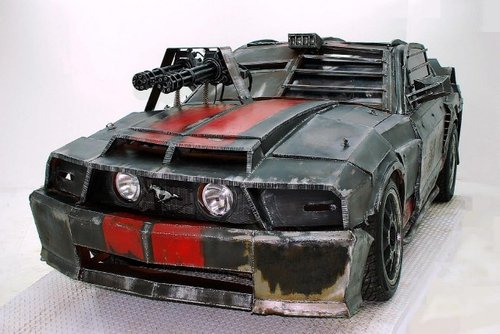 This prison racer has two medeum linked mini guns able to destroy an APC or whole biker gang in a burst. The performance and armour is enhanced and the rear has extra armour in a detatchable slab. The reinforced armour is made for ramming. 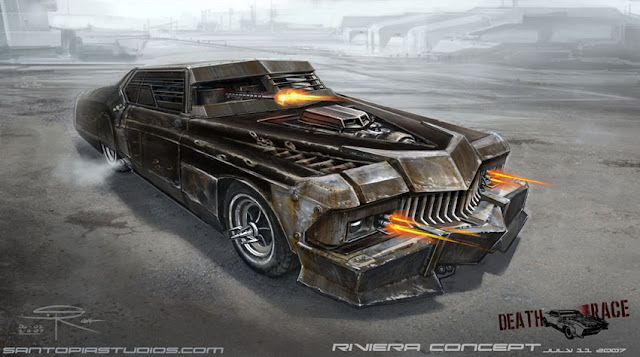 A well armoured death racer or urban gang boss with four frontal medeum machine guns and a gunner operated one in the cockpit. The front wheels are modded with hub scythes to destroy rival tires. The rear tires are covered by the car armour. Fast and well armoured built for offence, persuits and defence. A serious vehihle. 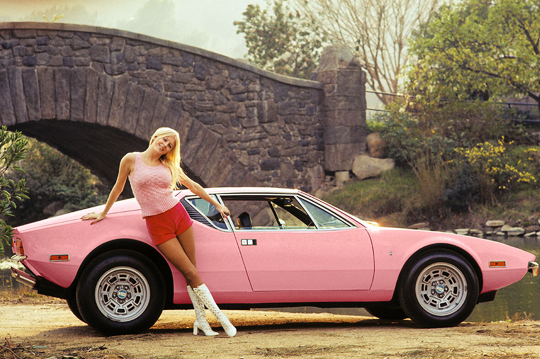 Murder motorsports well represented by the ladies. Many live short bright lives but those that survive are hard as nails. Sponsorship comes easy with million dollar mens magazine shoots providing pin p racers eams with the best quality and looking tech. This 70s looking hull conceals a host om modern weapons. Rear oil caster and machinegun and 4 rockets to the rear with twin MGs in the front. Relies on speed and arms to win over armour and fire power. Fans for these ladies can be a bit fanatic. Some merely ry to steal souveneers or meet them. Other avenge them and sabotage oponants. Plenty of women just stick to being tough with brutal cars but they still get offers for cash and selling out to sex. 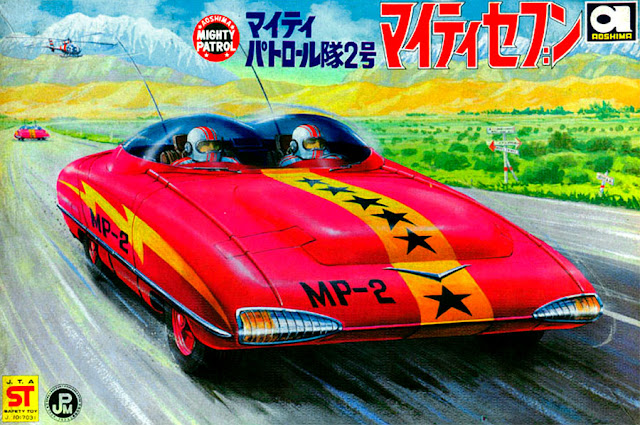 This Japanese car is about speed and endurance and has gas and oil projectors in the rear. A pop up heavy laser in the hood is the main weapon. The crew wear armoured spacesuits which ad to their survivability and g force tollerance of rocket boosted acceleration.
Posted by Konsumterra at Monday, September 05, 2016