d100 Things off duty devils do 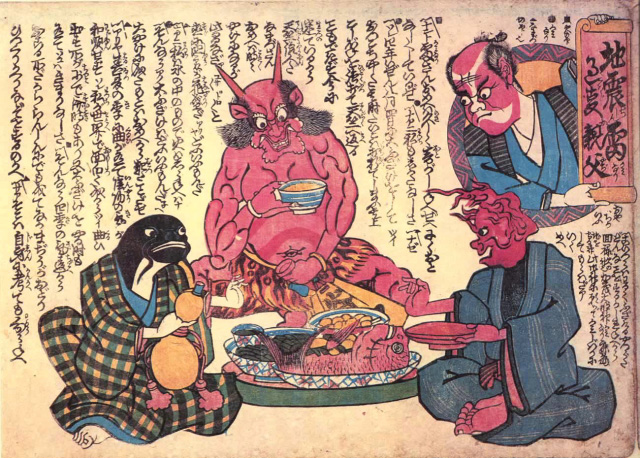 Do the devils work and do it well! But even devils have things to do in their own time. Idle hands do the devils work they say but devil downtime means doing things for themselves. Tormenting souls might be a job but those souls belong to someone else. In their own time they torment souls they have shares in and are more profitable personally. They also socialise, wheel and deal, eat, drink, love, screw and have hobbies. Dukes of hell use free time to control the lesser devils but arch dukes in turn use them. Devils evolve over time by service while demons are more haphazard and mutate and use luck. Demons are lazy and indolent mostly but some serve greater demons or devils  to gain more opportunities to gain power. Devils advance slow and steady demons are a mess and go up and down with rare spikes advancing them or turning them into ooze.

There are a few commodities devils enjoy and trade

The damned are souls of the dead sent to hell for being lawful evil. They get a chance to be tormented and abused and possibly advance up the ranks. Mostly they are just slaves to be abused. Some are naked or wear grave shrouds. Some are corporeal some are semi intangible phantoms (they require more cerebral torments). Some hells have specific local damned. They are valuable as food, slaves and objects of torment and raw materials of other things. Damned are harder to kill and if they die are reborn from the soil of hell possibly in a new form.
.
Hell rum is distilled from the suffering of the damned. It is sweet spicy and fiery rum that gets you drunk and makes mortals scream in pain and terror. It is addictive but can be cured by regular alcoholism.

Hell gems are worth hundreds of gold but in hands of mortals a save is required or owner becomes paranoid and greedy for more more. They are willing to keep wealth to themselves and believe others crave their hell gem and money. Devils leave them on the mortal plane to undermine economies and ruin the rich. Gems are made by putting damned in a special furnace for 60 years.

Hell Metal is reddish gold metal that can be enchanted to up to +3 and even without enchanting can hit beings requiring magic to harm. It feels warm to the touch and is receptive to fire enchantments. It is also used instead of gold and iron. It sparks if struck by iron or silver.

Devil Weed is a herb devils smoke, it is addictive ans being without it causes mood swings and spats of anger. When on it the user is dreamy and relaxed and reacts less to horror and fear. +2 save vs fear if user fails saving throw and develops mild addiction with first use. Three fails in a row causes permanent addiction. In the mortal world is hard to get as it only grows in hell..

Larvae are the first stage the damned take evolving into various devilish forms. These idiotic human headed maggots bite and squirm and cry like babies. Lower planar beings trade them. They may also be evolved into orcs which are handy when earth born troops are needed invulnerable to magic that stops planar beings but it is a bit of a waste.

Stench Kows are stinking hairy cattle covered in sores and also a evolved form of damned made from larvae. They provide meat, hide and stinking dairy products. Sausages are a popular byproduct. Their faces have a hint of humanity and are slightly more intelligent. They also are used to carry goods in baggage trains. They eat any plants in hell and especially steal devil weed crops.