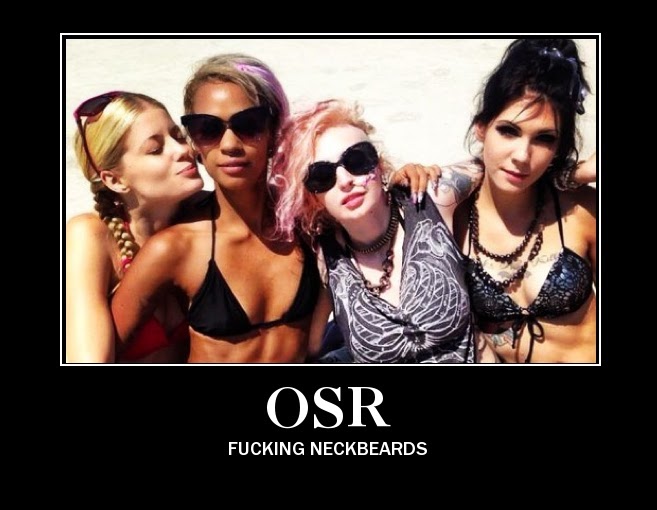 This was based on a comment to Zac S blog i thought i would repeat and add a bit. When i started coming across hate speech against my taste in gaming following the 5th ed advisory gate crap thing i went and became a follower of the Pundit. Some of the awful hate i have seen over this is amazing. Im now drinking regularly with some fine young egghead gamers which has a wide variety of taste. While I get characterised as a conservative gamer none have played any of my games so it is interesting to be told what i am doing. I enjoy talk on games and politics and talking with what might be Austalia's last educated generation. Ive stopped plans of getting a masters/phd under current government plans to add 65 000 plus to my education i completed 7 years ago. Politicians doing this mostly paid nothing.

I have to be a bit more polite and let the young guys speak because my crew bulldoze each other happily with no malice or problems. It's probably good for me to be a better listener. They are also a touch more pedantic and use logic and facts so this keeps me on my toes as i generally have used more rhetoric from years of being a paid unionist and media alarmist.

I am the oldest gamer in my club at 44 - ive been dubbed patron saint of oldschool in sydney - a flattering but meaningless accolade. I get the "you are cockblocking new games" talk lots. Some refer to me as simulationst gamer. Apparently that is bad. My young friends dont realize i grew up as youngest in a club of wargamer military vets 30 years older than me who would ply 8 hours of a 5 second sniper vs sniper game - loved chivalry vs sorcery and many other far more complex games. I like diversity in games and dont want people to play my way that would be boring if everyone was like me and would make my efforts seem pointless.

Ive never cockblocked anyone from gaming the way they want. I personally find story telling games have no feeling of risk. Gumshoe games remove gm power and are more linear and pointless. Just what I think please go play them for yourself. I get young gamers trying to introduce me (proselytize me) to save me from DnD and CoC. They mostly miss the point of why i play them. I dont just play my homebrew of BX because i am trapped in amber like dinosaur spunk, it's actually because it is simpler than many modern games. OSR is as much about DIY and incredible imagination over commercial product. Cthulhu/BRP. I like because it is gritty and players feel like they could die at any moment. Everything player needs is on one sheet. How is that bad?

Im older, overweight (as i have chronic arthritis and still think every meal could be my last) and I sweat from fever induced by inflammatory illness and i could grow a neckbeard. The awful stereotypes about gamers, old gamers, dnd gamers, osr gamers is awful bigotry as bad as any other kind and is based on kneejerk judgements and unwillingness to bother to know what the other even is on about. (Does any one call george r martin a neckbeard?). Are all story gamers beautiful? Possibly if gamers were all born perfect muscle bound aryans many would be more interested in football and abusing weaker people - i dont know. Nerd culture is still too small to turn on itself. Wasting pages ragging on other gamers taste while politicians who effect the world remain un trolled is sad.

Sadly the kind of hate i get thrown is exactly the same hate i get when people think i am gay or asian. So ive always stuck up for those guys. When im in all white average communities i assume i will be a target of abuse. I shouldn't feel like this among geeks or gamers or comic fans and nobody should. If i came to a event in a SS Deathcamp uniform or clan hood then i would deserve to be abused. Fuck haters - hate something worthy like poverty, starvation, corruption, racism. Popmusic and gaming are not worth disliking people over and none of our feelings about another persons harmless tastes are really very meaningful.