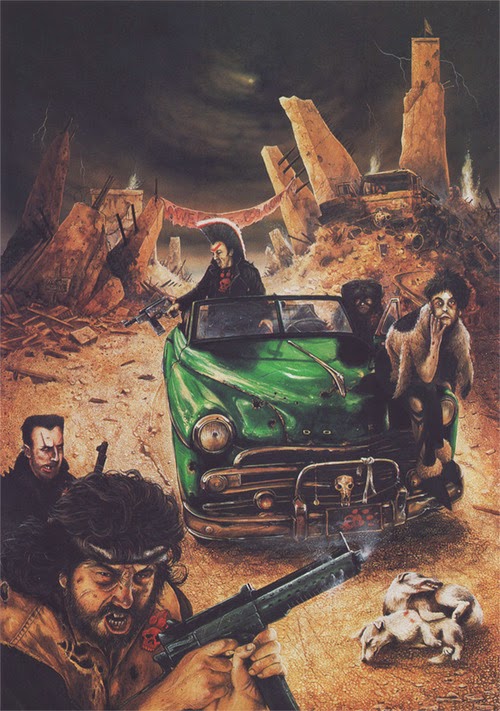 This is to create some kill crazy psychos to meet on the road in your game. Usable for cyberpunk, supers, car wars or post apoc games.

If you get similar results like cyborg three times then assume they are more heavily modified. A single result might be a cyber limb or eye each. Multiple might equal near total reconstruction with puny flesh and morality gone. Youthful twice might produce gang of tweens who kill anyone reaching puberty.

Am well into my car customizing rules for BRP and will have lots of results soon. I might stall the planned race next game to get the cars and racers ready. Other stuff in production:
d100 Death Racers
d100 Sanctioned ops and Wasteland Wanderers

Some stuff stolen from comics, games etc and others i recycle from my cyberpunk and super hero setting.

These guys in this older post good for urban gangs of crazies in outer city areas past the wall. The inner city gangs are police and corporate security who mostly shoot gangers on sight. (Lots of typos sorry) http://elfmaidsandoctopi.blogspot.com.au/2014/02/d100-gangs-for-cyberpunk-or-superheroes.html

d10 Exotic Gang Trait
1 Cannibalism
2 Sponsored by secret masters
3 Well armed and equipped with military or advanced tech
4 Primitive and crude salvage tech and cobbled together trash
5 Mostly young and green
6 Many veterans (1in6 cyborgs)
7 Self mutilated with tats, piercing, scars, brands and body mods
8 Carry bounties and wanted in many states, notorious
9 Plague carriers
10 Insane madmen with no regard for personal safety 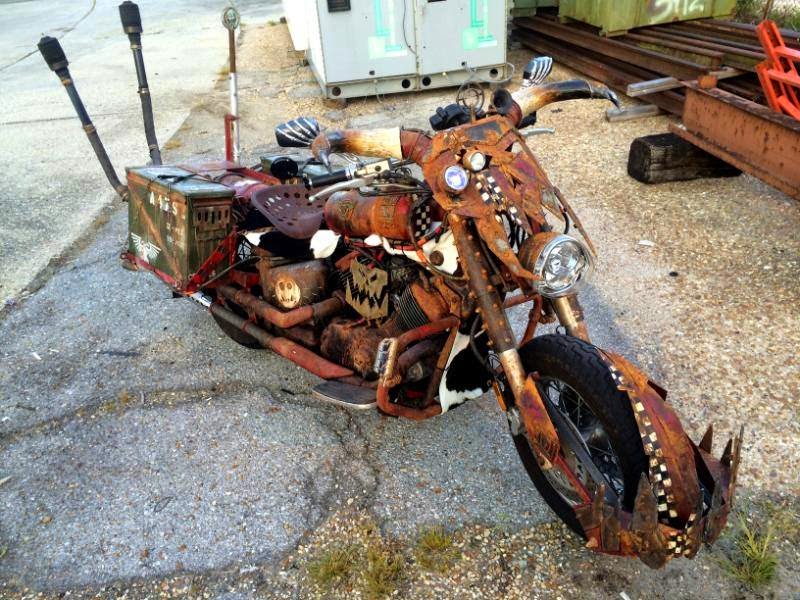 Typical Encounter Formula on the road

d10 Quick Gang Table
1 Feral gang - everything built and made from crap and stolen, wasteland survivors
2 Gang cult - obsessed with occult and the messiah leaders own insane beliefs
3 Syndicate gang - professional criminals control vice and crime in region as business
4 Culture gang - ethnic or ideological supremacists stick to own kind and fight enemy cultures
5 Mutie gang - bonded by monstrosities of birth defects and devolution against norms
6 Cyborg gang - usually vets of zone wars and resentful of society that made them killing machines
7 Militia gang - originally formed by locals for defence, most go beyond charter to hunt strangers
8 Nomad gang - have no fixed abode travelling together in families taking what they need to keep moving
9 Juve gang - formed by youths rejecting society with little care for anyone or themselves
10 Corporate gang - sponsored with good hardware who do black jobs for the man 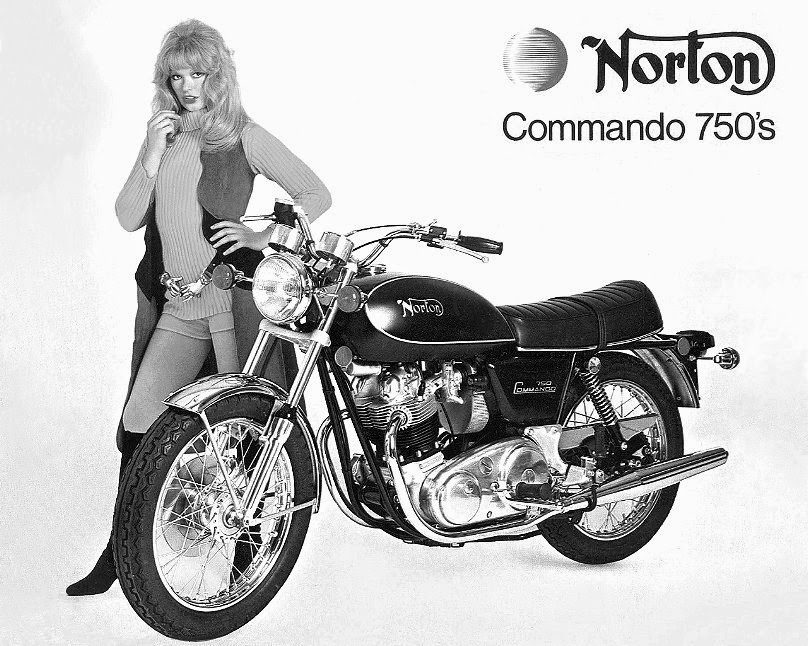 Posted by Konsumterra at Saturday, August 30, 2014