Exile log: Cleansing of the murder maze of Chondaru 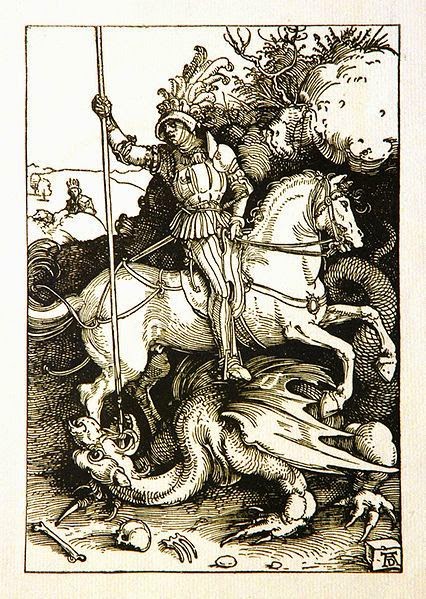 Read Cthulhu Invictus through rapidly, best rpg read ive had in ages. Still don't like Olympian cult history but will write about later. Will get other books tomorrow in local game shop.  Will hunt down BRP Rome book too as sold out locally. Some nob selling a copy second hand for $221.

So a bit of a catch up needed as I'm a session log behind. Now I'm caught up will get back to finishing more redbrick stuff.

A Lawful good lady angelic in
human form most think is a bit elfy. Owns a poorhouse and ladies hostel. Has a priestess friend and a she orc guard.

A good  lady bard. Has a mutant bodyguard and a pet kobold. Owns a townhouse in red light district near merchant town.

A dark elf psion from underworld who has come to the surface to find lost relics. Has found ancestors cloak. Has a bat familiar and a riding spider. Evil but in a slow sneaky tolerable way. Staying in murder house with ranger and already sexing up hosts aunt in law. Has a drug dealing bugbear chum.

Party has several village lads and a gypsy girl who was going out with archer but he dropped her for sleeping with dark elf.

So gang in dungeon go for dungeon heart. Go to gates of wizards court and start beating on door. Found a common language to talk to gate keeper orc and explained they were going to kill everyone but if orc opened gate and played dead they would spare him and get him a job in city. He opened gate and dived for cover. Party blasted guards with sleep spells and loaded tied bodies onto donkey carts. Battled way into monster barracks fighting kobolds, bugbears and  even a ogre. Another band of 12 beserkers proved to be greatest threat nearly killing whole party. Both sides battled to last few standing and party clerics spent whole time bringing back fallen from near death. Broke through Chandaru's throne room and into his secret living area. Found his empty room and freshly left treasure. Grabbed loot and searched other rooms.

Questioned a kobold and found gypsy girls dad and she murdered him. Found his journal where he hoped to escape dungeon with daughter. Doh!

Gathered up cash and monster prisoners and returned to city to sell monsters and and other dungeon crap like weapons and money. Gained a level.

Spent time in city getting houses set up. Ranger sold murder house furniture made from human body parts to a necromancer who used animate dead to take home. Was stuff the city secret police did not take for their murder museum. Ranger married Angels she orc sidekick explaining to old wife he was a polygamist. She orc Olga said this was fine and she already had two husbands. His human wife brought in her younger brother and aunt in. The dark elf a guest quickly seduced the hideous old woman. Her family were butchers and the whole party were promised discounts and only the good mystery meat.

Angel bought her ladies boarding house and gave mother one tooth a job for life running it as she had before. Deal included house left to church if Angel dies.

Bard developed groupies and on a first lv bard admitted he was really a she and tried to get bard to admit she was a he so they could marry. Bard disappointed her but accepted her as a girlfriend to keep lesser groupies away and invited her into house.

So party met up and had visiting storm priest and tako octopus sorcerer join gang. Priest wanted to see if they were worthy of temple support as monster killers. Tako wanted to loot monsters and explore surface world. While party dining in The Frog's Armpit a messenger lad came and got them to sign document declaring delivered letter had seal intact.

Was a invite to rich town where they had never been in city before. So went to merchant district for new fancy clothes and frocks. Bard got a fancy lute.

Saw a wizard in palanquin carried by orcs turn a pedestrian into a kobold. Another palanquin almost ran party down. At city gates questioned and papers checked by poshest best armed guards ever seen by party. Arrived at house and guards said go by servants entrance. Butler ordered their footwear cleaned but bard and angel both used clean cantrips. Party left pets and idiots and riding spider in barn and entered the fabulously rich house. Led into a room and served wine. Bat familiar of dark elf detected a spyhole watching party from elaborate wood carvings in wall. Twelve orcs burst in and party surprised. Dark elf got a bolt in chest from a heavy crossbow and Bard put most of them with halberds to sleep. Angel had fast draw sword skills and ran up to still standing crossbowmen to hack and taunt them. Following round party mopped up orcs.

Lord Rothsholm came in in fabulously expensive robe with hat and full plate halberdiers. Told them they passed the test and the last party were all killed and corpses picked by kobolds and thrown in river. Party calmed down and ranger offered lordship his family cheap butchery goods which lord said to ask his butler. His problem was two of his sons had graduated and intended to explore island and see the whole city. Party was to protect them and their two friends and one of the servants from harm on these travels for 3000gp for three months. Arranged for 1200 up front. Bard thought dungeons better money but was mentioned being bodyguards safer. Told to discreetly protect lads honour, and virtue from gold diggers and money from con artists. Told lads mostly interested in travel and gorging but they might become interested in other things. Instructed to be discreet and work with servants.

So arrived at the slimy cat inn where lads lived.

Artrurio Rothsholm, Benito Rothsholm with friends Phillipe Dumant and Kazarian Mondale were drinking and eating piles of meat. Others in pub looked like adventurers but closer look they were actors with fake weapons.  Party introduced self. Realised lads were zero level wizards with a cantrip each. They were rich spoilt twits with no idea of danger. Spoke to senior butler who was a spy for dad and they were supposed to protect (other servants expendable). Dark elf impressed them with his arouse cantrip. Angel berated them as losers but they listened to her as she was really hot. Some bullies tried to move party from their table but bard put them to sleep. Dark elf robbed them. Party moved onto another student wizard bard and continued to eat and drink. Ranger was happy to offer his village idiot follower as a taster which he thought was a great job. As got drunk Ranger offered lads trip to brothel he knew only a silver a piece with girls who knew more than one position. Bard slapped her head and talked into a gold piece brothel.

On way one lad vomited all over himself but a clean cantrip took care of that. Brothel didn't want whole party in so most went to pub over road. Tako charmed the madam with a spell and stayed with her. After took lads home and most of party went to bed. During lunch saw a patron vomit black blood and die so Bard relocated lads to her town house for safety. Angel managed to convince lads dungeon trek would be good and said local pub was great. They thought about going later but Angel shamed them and they agreed to leave immediately after some shopping.

Lads were guided to buy adventurer stuff and bought themselves fancy expensive adventuring suits. Amerchant tried to convince party to be exclusive supplier but they were suspicious of deal. Then marched to the the adventurers favorite pub near dungeon. The locals had become well off running around left over dungeon and the lads they had taken on previous treks were now first level fighters. Party hoped the locals had made dungeon safe enough for lads but not too safe. Angel was pleased for locals she permitted into her dungeon she had legal claim on in city office. Band went into dungeon by seldom used tree entry in woods.

Wandered the mostly empty halls and saw some orcs they put to sleep and tied up to sell as slaves. Bard and Angel explained they only sold to slavery as alternative to murder. Dark elf found a secret door they never saw before. Opened into hall with ornamental mirror on wall with constrictor snake draped over. Party shot it and Ranger broke mirror releasing a hell hound. Party fought and managed to over come. In hell hound room was a chest with no lock. Ranger got his simpleton to flip lid with halberd (provoking moans from good party members).

Had a screaming statue that screams is non owner expose to light which of coarse started screaming. Closed it quickly to silence but encounter called for. Elf heard something coming, no doubt had heard the fight and scream. Angel hid her sword behind her back and struck a pose. Rest hid and dark elf saw a hand with mirror pop out from corner in darkness then a surprised thief face. At first thought was party they chased of before with deed to dungeon but it was another party who had heard of dungeon gleanings. Angel told them to come out and face her. They stepped out and began to argue. Angel's legal document stalled them but hot headed ranger shot the fighters and fight was on.

Whole party was wounded, the thieves especially did lots of thrown dagger damage. Luckily the storm priest took down wizard early with silence spell. One of the rich brats fired a spark spell finishing a fighter. When party captured they were stripped and Angel berated them. Party begged to be freed but the team carried them with orcs back to city and locked in basement and sold all their goods. In pub that night one of the brats boasted to tavern friends that he destroyed party with lightning bolt. Party divided out loot and gave rich brats some weapons and they were awfully impressed with profitability of this dungeon business. Questioning adventurers seems sorcerer Chondaru has been giving maps of dungeon to adventurers in city.

Had 5 players this game which was nice. This game was struggling a bit but seems healthy at moment.
Posted by Konsumterra at Wednesday, August 06, 2014