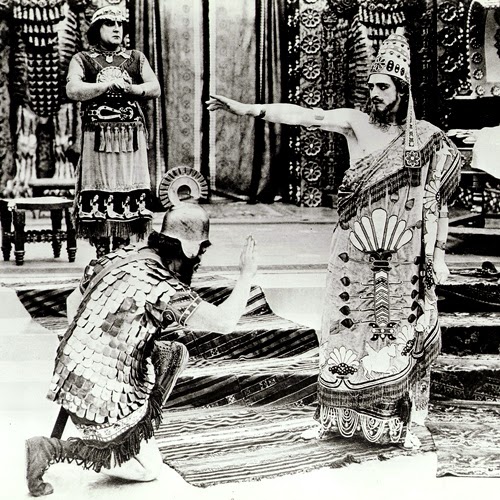 A player described the setting as like dnd with history which i don't really mind. Now up and running fine. Party spent a few days in Uruk and Iltani gathered tablets from the great temple of Ishtar before returning to Babylon. Re met barbarian Pek who joined group for new mission.

*Starring*
Toth (Steve) Half Egyptian Nergal Cultist has taken to wearing a vampires black kilt, blackened armour of noble quality and a huge khopesh. Keen to serve the lord of death and keep the underworld secrets from mankind.

Iltani (Olaf) Sumerian daughter scribe of Ishtar cult mother divorced from father, good with rod and dagger, has a daughter and is divorced, receives alimony payments from Sumerian husband. A devout scholar and Ihtar cultist seeks knowledge in all forms.

Sobek (Hanna) Amorite chariot driver and archer whose clan worship lion ancestor. Her ancestors to west had some Egyptian links but have fled from west as Egyptians pulled out. Is good with animals and likes taking responsibility for livestock captured and donkey carts. Father allowing her to practise drive Sumerian battle donkey waggon with a team of four. Loaned a slave to drive other donkey cart and care for animals. Still looking for religion.

Pek son of Farg a wild Kassite barbarian archer and initiate of Ninurta, slightly better assimilated than other barbarians. One of last clans to remain wild while others assimilated for hundreds of years. Wishes to be a mighty hero and monster slayer

So Father of the civilised adventurers had heard reports of barbarian and nomads driven to the land of two rivers by drought in the wastelands and possible Elamite invasion. Also increased supernatural encounters everywhere and bad omens. Told of a possible pre flood ruin by Shepperd-trader camp in west so sent the party with barbarian scouts. Also loaning them the donkey battle waggon Sobek was training with as she had taken to brilliantly.

Party set off with normal donkey cart in rear with slave to drive and Kull with his dog. While out of site of of civilisation saw some hunters and spoke to them. Were Amorites so sobek tried to befriend which didn't do so well till she gave them a live marsh hen. They told of a ruined shack to south west and a well to north west on way to tent town. Decided to see if well in good condition. When close set slave to watch cart and battle waggon went ahead. Then Kull and Pek sneaked out ahead and saw a multi racial band of Gutians, Amorites and fair Hurrians.

Informed the rest in the battle waggon then went back to ambush the bandits guards. Pek shot and killed one and injured another and Kull hacked other to death. The drunken bandits did not hear. The victorious men split up and got close to camp and could hear the battle waggon coming. By time the bandits aware of danger arrows and javelins struck them. They formed a wall of sword and shield men in front and had slingers and javelin men behind. Pek kept shooting them while Kull charged with his dog. The battle waggon trundled around them and Iltani jumped off and charged. Toth threw javelins and the combined missiles of party whittled the slingers down. Bandits drunk and unlucky. One fell over and stayed down in fear.

Kull got up close to attack as battle waggon zoomed past. Toth swung fron the safety of the car and killed a swordsman. Sobek steered the cart over the downed wounded slingers. Then went after men who fled and ran one more down. Iltani dodged a sling stone and sent curses to demoralise the men. Several more fled and Pek shot them. Finally bandits surrounded. Iltani got Pek to stop killing the wounded but Sobek put several run over out of misery. Three men in walking condition were tied to waggon.

Found six loads of barley, a merchant suit and some jugs of beer and a goat. Well in good condition and camped and drank the left over beer. Kull convinced a gutian prisoner to behave and he could get a job like he had. In morning dropped slave in well with rope to trawl through rope and he found tablets. Some just records but several with exorcism ritual instructions to cure a type of disease spirit.

By lunch arrived at herder encampment and met chief. Toth as the most noble with the big sword was asked to behead the uncooperative bandits in front of crowd and he put on a adequate show. Vultures snatched the heads and flew off with them. The gutian bandit was put to work and agreed to behave. Shepherd kids selected to show the ancient tell (ruin city mound) and the hired men with some of grain to watch the donkey cart and battle waggon. Also received a goat for stopping bandits which Sobek pleased by.

Searched the mound and Iltani found a snake headed idol. Toth found a carved bone gazelle and Pek found a pot decorated with goat men. Kull pulled out some bricks from side of mound and found a great hole. The party lowered themselves in and Iltani noticed old Sumerian like architecture. Wandered in long forgotten gall and heard howls. Found tracks of men but Nergal could tell had long toe nails. Sobek shuddered at howls and all readied themselves. Sobek waned to flee but Kull got in her way.

Ghouls charged screaming and Toth recognised they were corpses possessed by bad spirits. The fiends showed little restraint and were cut down. One had bite parried by Kull who managed to cut upper skull free from its jaw and brought another down.  Pek got off an arrow before one snapped at him and broke its teeth on Pek's buckler in his bow hand. Sobek killed one but got clawed in the leg and went down.

Toth recovered his fear and killed one attacking him then killed one menacing Pek. Kull downed another and party hacked two dying wounded ones into chunks. Rested and went into processional hall. Where once was a statue tIshtar was a crude Ereshkigal Statue made from dung with owl guardians. Iltani knew this layout from her home temple. Went to great courtyard to find a great stinking pit. Most gagged at a bit and Toth and Iltani got head spins. They saw vapours take shape of smokey phantoms. Iltani threw up. Above it was great dome of rubble. Looked to where library should be and found room with shelves long decayed and piles of tablets in mounds. Heard a muttering and a glow over a mound.

While others prepared charms of protection, Pek scuttled up mound and saw emaciated librarian in priestess robes carrying a great staff with a cuneiform covered lead head. He fired a flaming arrow through it while others clambered up mound to follow. Sobek slipped and rolled down. Toth struck it and realised it had a mighty aurara of power, Iltani's curse of fear failed, the glow stripping the spells power. The other came and hacked at it and Toth was badly hurt in the leg and crawled to safety. The mummified priestess fell and was smashed to mummy dust and broken bones. Took her lead capped maul and headband. Found some interesting books but best included letters from last days of pre flood times recording bad omens and the gods with holding their power.Also a sorcery spell on a alabaster tablet.

While looked through tablets barbarian illiterates watched on guard. Heard moans from the huge pit. Pek fired burning arrow dawn and saw it shrink to nothing. Across pit heard slow moving hooves on brick. Pek and Kull went to see and saw a zombie Minotaur with a bronze double axe patrolling edge of pit. Party all spoke in fear but decided to fight. As they returned the minotaur saw the light this time as they were in his from and he charged. Iltani, Toth, Sobek and Kull threw javelins and Pek fired his burning arrows blessed by the spirits. The burning arrow struck its head that went up in a flash and burst to crumbling embers. The headless beast fell.

As they got close to recover javelins the headless thing stood and party freaked out. The were faster and rushed it. Kull cut it's leg and it fell. Heroes hacked and kicked and pushed it into the pit. As sighed with relief head foul wings from below coming up. So they fled, with Kull and Pek looking back to see harpy demons from the underworld come to slay defilers of the dead.

Managed to crawl outside and cover hole when felt earth shake and peak of the great mound collapsed, linking 40 metres and a great plume of dust rose into the sky. Returned to the tent camp and traded barley from bandits for cheese and feasted on camel. Next morning returned to Babylon to rest. Sold cheese and tablets then rested to recover from wounds.All gave thanks to the gods and sought wise ones to advise them on paths of power. The lead capped maul and Minotaur axe were enchanted. The circlet of the mummy was too with a healing matrix and magi battery which Iltani got as was a Ishtar relic. Sobek got the goats. Toth was just happy he got to help separate mankind from the underworld as it should be.

My meters per second charts for my roadwar game proved handy for the chariots too. Must read RQ3 Colosseum on chariots too.
Posted by Konsumterra at Sunday, August 24, 2014