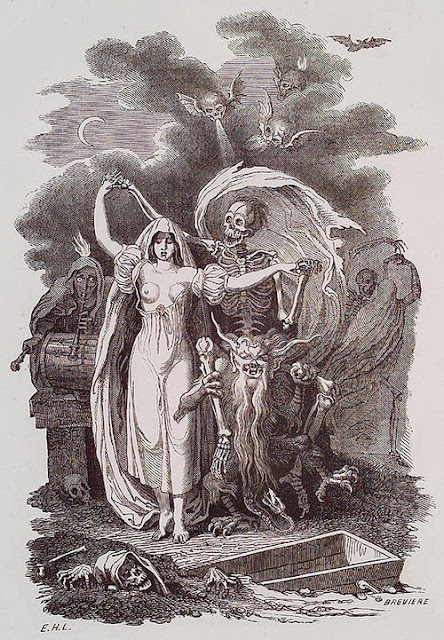 While messing about with thieves lately poison came up. I do remember the old ADnD DMG rules and have seen some other rules but I made these so players of thieves and others could use poison all the time for an edge but not be too overwhelming. The idea of poisons having a level has more possibilities as I work on more alchemy type abilities.

Poison Lore
Can brew and use one recipe per level for a specific poison or antidote.
Can be used found recipe from a book with a skill roll or wait till level up to learn by heart as next recipe. Poisons are rated by level limited by maker and money spent on ingredients.

Each recipe selects a base, form and effect

base describes the ingredient type which characters with right skills can search for
form describes if poison gas, blade venom, drinkable or contact type poisons
effect describes what poison does if you fail or succeed a save

One batch of blade venom coats:
a hand large or medium bladed weapon like a spear or sword
4 small weapons like daggers or javelins
10 darts, arrows or bolts

One batch of gas makes:
enough for a 10 square and may blow away if windy

Poisons effects vs higher HD
Some poisons affect a certain HD range and reduce effectiveness if victim a higher level. Higher level victims automatically saves effects without a roll. If poison has a reduced effect with a save normally, a higher level person who saves gets absolutely no effect.

Ingredients can be gathered using appropriate lore skills in area in one day, foraging and other skills may stack +2 on your NWP check. Savings vary but usually half.
Can just purchase ingredients also or keep live animal on you like an arrow frog, snake or scorpion
Preserved ingredients lose potency and give a +2 or even +4 save if very old

All recipes are one of these forms:
Ingested poison – half cost, +1 round to effect once swallowed whole dose
Blade poison - basic cost, poison self if roll a 1 while using if unskilled
Contact poison – x5 cost for type burns on touch, if unskilled poison self with failed roll
Gas – x10 cost of venom or tranquilizer, if unskilled poison self with failed roll
Antidote Medicine – ½ cost takes 1d4 rounds to work
Antidote Injection – works in one round
Traceless recipes without taste smell or burning sensation x10 cost

Basic ingested and blade venoms can be made with ingredients and some cooking ware over a campfire. Others need a lab worth 1000gp or one can be rented for 75gp a day. Poison can be purchased but unskilled users have more risk (half stat rolls for success, fail could man accident). Costs are usually double (or more outside a city) with common markets having lv 1d4 poison available and 1d8 in city black markets. Goblins and tribal humanoids may get a shaman to make poison for them – slow damaging poisons most popular.

Notes
Monsters could have level based poisons that can kill low level types
Many savages and goblinoids would use cheapest slowest poisons with hp loss daily effect. This is made from animal dung, rotten meat and fermented urine  and easily made in the field daily by shamen poison masters. Being able to rate poison of a monster is interesting with some 1hd critters having highly dangerous venoms at 10th or 20th level. Others monsters poisons like troglodyte stink could become unable to harm 10th level foe.A stronger or weaker variant breed could be available to fight. Some critters only do venom to damage as they only have 1hp bite and possibly hp but with a 4lv mild venom bite.

Antidotes of local critters might be available from apothecary or medicine market or witch. A book of monster antidotes would be a good thing to study. Finding a book in a race to research a toxin in the characters body seems possible. Blackmail? If i give someone 20 doses of lv 1 basic poison that could be handy
Posted by Konsumterra at Monday, January 13, 2014