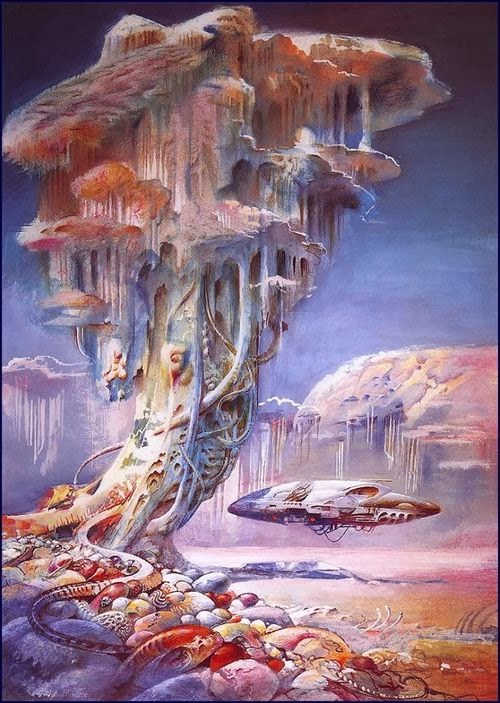 Iggy the Iceman with shiela the halfe ice woman and zombie cat of the ancients
The Rogue hemaphrodite with his lady friend and his hired gang of 3 first rank wizards
Snake eldren psionic rides a pink ponyoid, has a lil modrom familiar and a sheild maiden

A pair of unrelated Morlocks, one a blackpowder pistol fiend
A robot with a food processor allowing him to eat and make food like recycled sewerage or soylent green - am working on robot spell lists now. Guy did a great job of talking and arguing as a robot. One of thoose cool 50s ones like Robbie.

Newbs recruited in village as the party with convrts scout out town with detect evil. Found witches in the tavern and bakery and party own allied witch hunting priest and  priest of Virgil. Convinced village to join party cause against the underworld bioplasm they call the witch water. Sealed local mine and prepare to flee as charmed witch tells the a beastman horde from a subworld under a mountain is preparing to wipe out humans. A frontline warborg beneathe the mountain serves the great evil also, and rules the beastmen. A red chrome demon godling, surrounded by crackling power fields and covered in demon chaos runes. Sort of like a robo-Balrog who shoots nukes.

Party leave flunkies and priests in charge and go to caves of the witch cult following his lead. Through the robot cannery where they managed to convince the robot to pass with cult robes party had. Later they came back and smashed him and party robot and snake eldren robot expert stripped the chassi bare. Informed party to try not to kill. Moved into throne room and used two sleep spells. Then saw goblins and kobolds and zapped them too. But a hidden bugbear ambushed them but didnt last long. Snuck up on water weird and killed with holy water. Zapped two more rooms and actually killed two guards with ambush. Found cult master in sensory deprivation float tank in evil grey ooze and killed him too but he did paralyze a few with a spell. Had grey skin and huge grey veins and head.

Party helped block tainted wells and cleanse water and bring in village to hide. Party go to citadel seeking contact with their allied priests and speak to rulers and supreme witch hunter. Got to explore the ghetto filled run down scared and pitted wonder. Or at least lower levels the party allowed in. Spent up in markets and discovered they could get secret entry to sub levels. Explored leaky cisterns and sewerage tunnels, old sub roads mostly collapsed in quakes.

Inspected the supposed elites survival vault and found deco doorway like partys base bunker. Huge complex for 100 active personel and 4000 cryo pods of old race - the rock men. People who built citadel, bunkers and were destroyed by witch water hundreds of years ago. The race was thought long gone. Party nabbed some shotguns and carbines returned to citadel inn. Talks with leaders went well, rest of party to meet rulers next session. What to do about beastmen legion, grey witch water and other matters.

Robot rules inspired by ideas from anomalous sub surface environment. Im building a spell list of gadgets robots can ad as they increase in level and has worked well. See that. Robot Spell list. I cant wait till a 4th lv robot becomes a wizard.