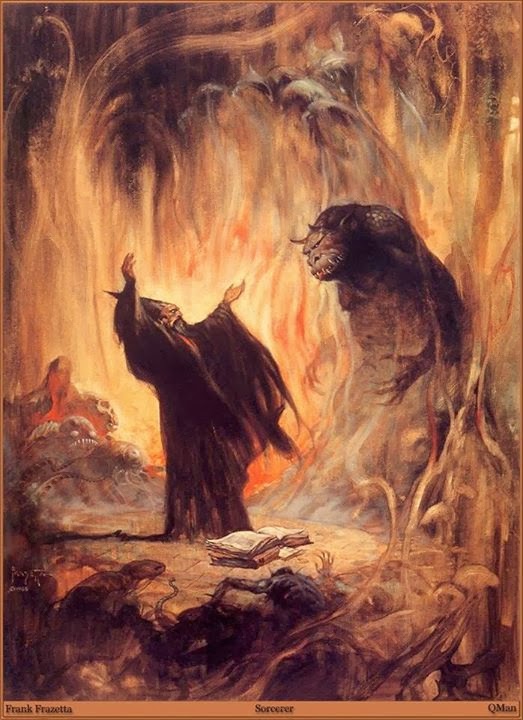 Got to play 3 DnD games, one as a player. 2 as DM. Considering for my DnD games having cross overs. Well here is the basics... Ive had five players take STR sores as lowest stat instead of CHA so they can get followers. Also wanting retainers and knowing CHA needed to get paid flunkies to work. I guess this is an achievement of sorts but seeing someone make two hits with blades and inflict 1hp

Friday Dragonlance
My lady elder ogre shape shifter druid wizard got to hurl around a few spells while outdoors, with some huge area effect druid spells then went into undead infested tight tunnels and had to sit back. Most of my spells not safe or usable. Did lots of healing and  flew about on my new broom and didn't even get to try a 4th level spell. Had to send away my pet warg with the dwarf heroes dead warg and a bard through draconian territory to get raised. Well I got to heal half the party and help a bit by ferrying about ppl over walls. I guess she can now try out her dreams by polymorphing her lovers into dragons.

Saturday Exile Island
The gang from last year got shiny new characters and went to check out my megadungeon. Hell mountain has a goblin mine, several multi leval tombs of other ages and two  schools for bad wizards.

Nick playing a Templar priest who follows the whole pantheon and fights evil. Came to island because of a lover sending him on a quest. He is from empire but wrong and creed and race to ever get ahead and keen to fight evil. Sure Hell Mountain is the location. Has invested in a teashop in Shadel Port. Wants to build a proper temple and recruit. Is a donkey master and can make his donkey do stuff to put any great TV dog to shame.

Another guy is a deadly dwarf bastard from mainland whose clan allegiance in empire succession war had them slaughtered. Has been sent to island and has teleported back on escape attempts. Needs to get a powerful priest to help him so maybe dungeon trekking trip will raise cash or merit. If he moves into local dwarfs will need cash. Is a deadly axe freak of course.

Andz playing a hobbit first one since a few in 80s and my version pretty good. Has a demonic tattoo on his chest that his mom has tried to remove many times with painful failure. A cult seeks him as a key to the demongate to release the sleeping dead god at the bottom of the hell mountain dungeon. Mom and dad moved allot and dad disappeared taken by the cult. He is hoping of stopping the cult or die trying. Mom took him to a mad flesh sculptor and the cult wanted posters of him are now all wrong now.

Party all in chain meet in Shadelport and treck outside through a few villages and some nice meals. Had a wine tasting with a country priest and arrived in Froghop. A tiny village only a few 6 mile hexes away from the mountain caves and tombs and black schools of dread wizardry. Party rest and go visit the miller who lost a limb there years ago and retired. Recruited a few men at arms mercenaries who were looking for adventure and cash. Visited Miller and recruited one of his sons.

Marched through the woods up hill and saw the distant caves. While marching spotted a draconic like being in distance. Party ran and found a crevice and they lowered donkey down and all went in crevice. One mook stayed up and ran and party saw wyvern fly of and stab him with its venomous  sting tail. They found a hidden tomb attributed to a paladin. Broke through clay and found a hungry albino crab man who nipped the dwarf and priest before being bashed. Party asked priest if edible but priest ruled if it has language and tries communicating we don't eat it. Went back to town and gave condolences to family who all cried. Priest gave awesome liturgy and family comforted. Recruited younger son and headed back to hole.

Inside found fancy door in complex and went straight for it. Unlocked huge bronze gate and saw huge throne room. Got closer and throne spun around in well revealing another throne with a robed skeleton. Heroes went for it. It pointed and hobbit vanished. Hard to harm when it stood up and pointed at priest who resisted. Dwaf scored a big blow but two mooks gone. Priest who before resisted the teleporter of the crypt keeper realised party was split and needed to unite so let himself walk into attack and serenely vanished. Others did same and party three levels down  and lost. Found three stair cases, two down in diferent directions and one up. Looked about found shine to paladin horse with barding on statue which they considered for donkey but rejected out of goodness.

Found another room with nice statues of beggars with an shrine with six coin filled bowls. Halfling couldn't resist and nicked some as did a few stooges and the Dwarf. All got bizarre curses. While robbing shrine to charity, a dark cloaked goblinoid cut the head off a mook. Was spotted by priest who charged but was lost in the darkness from the beings cloak Thing escaped and party chased. Recovered head and went down. Attacked again on crossing to nomad khan tomb and lost another mooks head. Chased the wounded bleeding creature into its hidden cave shack off the back of the khan's tomb. Killed it and robbed it and rested in lair. Travelled on and found lake and saw city on lake under the mountain. Crossed three dungeons and 8 levels in a very short time and no easy way back. The hobbit swam over and stole a boat then ferried party over.

Multicultural town ruled local underland area in name of Sorceress in tower. Party go to pub and look around. See gates of pleasure garden. Use streetwise to find a pad and got a room. Got some slaves through trade Nobody batted an eye at them but they did pretend priest was a captive. In bar bet a human from surface ten years ago. They tried to lure him upstairs into room then attack him as they believed he was a spy. Didn't work as ambush but was forced out window. Cops came in heard dodgy story from dwarf. Eventually talked way out of trouble and flee. Crossed the lake and into huge cavern kingdom with tower on ground reaching to top of of chasm. Lead to wizard school according to slaves. Could reach surface but tricky 6 levels of wizards. Met deep gnomes and took a job seeking crashed airship spell core engine. Chased of a dark elf and killed a lizard eating dead crew. Several shiny silver suits like +1 leather. Escaped back to gnomes and rested and trained up. A long way in only a few days. Gone from megadungeon to underland crawl.

er will do Psychon sunday shortly

will be running 3 dnd games for a month and funnel results
Posted by Konsumterra at Saturday, January 25, 2014