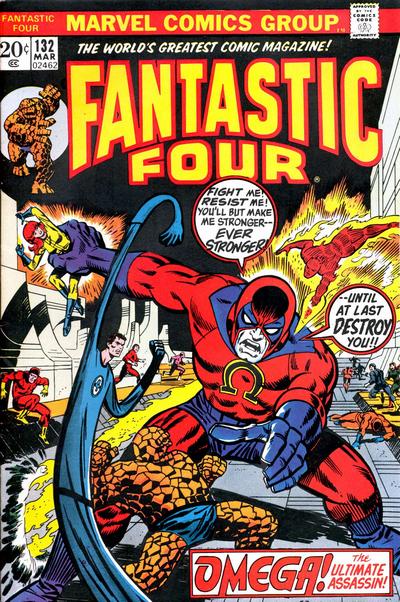 Thanks to suggestion by fans of TSR Conan RPG for a look at http://www.midcoast.com/~ricekrwc/zefrs/

Note my marvel is nothing to do with marvel comics universe. I Just use the game. Addition of Charisma stat my biggest heresy. For when popularity irrelevant.

There are four kinds of karma to record.

Your Session or attribute derived Karma (C+R+I+P)
This is your bonus amount gained every session just for being a swell guy. This is restored every game and is wasted if you do not spend it. You can only spend it on rolls but you cant put it into your current earned karma or karma pools.

Your Karma Pools
This is what you put in a pool to save for improvements. A pool can be created for a new power, talent or contact – or to increase your popularity, attributes, power ranks, resources – or have ready to spend on a feat you are developing. Once in a pool you cant lose it or do anything else with it except save for that thing. This is how you improve and bank karma.

Your Group Karma
For 100 each member and a pact – you can spend karma in a group pool – you can vote when to help a needy team mate, or buy a base or group resources and contacts. A group can develop one project based pool at a time. Sometimes a group pool will earn xtra karma as well. Members may make additional rules like only use to save live of civilian or self from injury. Usualy one person records this – possibly a leader or the gm. A leadership talent adds +50 to the group pool per session.

Making a ability roll – the difference between the number you rolled and needed to get the colour result you needed +10 – declare before you roll – always costs 10
Making a new Power Stunt – Make one red power feat + spend 100K to use the power stunt. If you want a permanant feat the next time you try same one then 2 yellow feats costing
50 karma in a row then 4 green feats costing 25 karma in a row and it is a permanent cost free power stunt and just an expression of your power. You can spend in session karma to make rolls or towards the basic costs. Makes you develop ability by using it in play and cheaper than a new power or talent. Then you have the feat whenever you need it. A Typical (6) power can have 1 feat, +1 for every rank above typical (Gd = 2, Ex =3 and so on). It costs 1000 per extra slot after this limit. You can just use 100 karma and roll for a red result for a one off power feat in an emergency. Tom Strong is great because the ebb and flow of his fights follow his arguments. He doesn't just beat you, he convinces you that you are wrong or at least the notion you the spider demon are some king of hard done by victim.


Karma Attacks
One thing from modern marvel game I enjoy is psychological Attacks. Champions had presence attacks. Yet old MSH had famous characters with gags of spiderman, the moral rebukes of daredevil. Even Hulk has good lines to annoy the leader. Tom Strong is great because the ebb and flow of his fights follow his arguments. He doesn't just beat you, he convinces you that you are wrong or at least the notion you the spider demon are some king of hard done by victim is silly. Spiderman and Hulk more into Charisma attacks while Daredevil, Reed Richards more into Reason. Spider man can annoy Dr Doom, or Hulk can make funny Smack Talk to the Leader. But Daredevil convincing a Murderer to give in or Captain America convincing a Terrorist they are wrong is harder. A Reason attack might actually make them cave in. Heroes can earn extra Karma for talking down a villain or weakening his allegiances.


A GM may award bonus rank on heroes success if well role-played or makes a convincing personal attack. Having proof the villains boss is a liar might give a bonus or at least raise tricky conversation in the Masters of Evil Mess hall that dinner time. Robots, mindless horrors and others may be too dumb to get smack talk. A common language helps. Some villains make personal attacks too. Some beserker types may be tipped into homicidal rage if GM thinks possible.

These are untested and need some tweaking possibly

Charisma Based Taunt Attack - Charisma roll for a Taunt can be made at same time as any defense maneuver. Player states the abuse and makes a Charisma Feat. If GM deems funny or plausibly effective, the victim gets to roll a Psyche Feat here:

Reason Based Persuasion Attack - Can be made while attacking with a Reason vs Reason feat and some kind of argument or debate to weaken villains resolve.

Failure loses 20 session Karma -1CS on next action, if serious doubt over purpose, might stop or flee

A friend or ally or boss might support your resistance giving an extra rank reason to resist, two if they have leadership vs any Psychological Attack. A villain executing a effected flunky can be an effective way to support all his men.

Aura Based Attack - Can be made by combining a power or attribute rank to your POP (-POP for villains). By using a display of skill , power or strength for one round can effect others with a lower Psyche Rank than the Feat and POP combined. Hero makes his feat roll. Anyone with equal or less Psyche rank makes a Psyche roll. A unknown thug may try a Good nunchuck display. Captain America can pull a acrobatics feat backed up by Unearthly POP that makes everyone swoon with jealousy and secret admiration.

Karma Alignments
There are 5 karma systems or alignments – most players should be defenders – a smart vigilante can occasionally kill and keep all his karma even though he is a Defender. It’s good to know most villains will want to take you to their leader or leave you tied up rather than execute you, but a mercenary might and a destroyer will probably kill and possibly eat you.

Most heroes are Defenders – they get rewarded for stopping crime, saving lives and other good deeds and lose it for doing the opposite. Heroes leave punishment up to the law mostly but might break the law to get evidence, avoid capture by police or anything else directly related to getting a villain convicted. Keeping loot and evidence or not using the stolen records will get karma losses. A hero can kill a Destroyer that cannot be stopped any other way.

Avengers are heroes who kill the guilty and lose no karma for killing a heinous criminal and 20 for anybody else in the way. They only earn half the karma a defender does. Defenders will lose karma if an avenger kills in their presence. If defending innocents they use deadly force. If confronted with violence they escalate and finish it. They dont bother with petty criminals and save it for the worst and the bosses.

A Conqueror gets rewarded for stealing loot and getting power over others (equal to resource or power rank). Most villains fall into this category – from petty crooks who steal to world beaters. Low ego uncharismatic or petty villains are less in for theatrics but still do it occasionally if they have the guts. They generally do not kill in cold blood, but can indirectly kill via a deathtrap. They don’t get their own hands dirty. They get karma for defeating you (more in public), putting you in a deathtrap (= trap rank) and then more for gloating over prisoners, making public proclamations or challenges (+20) and they lose nothing if the hero escapes. Villains get mercenaries and monsters to kill for them – that can constitute a deathtrap – especially if the hero is weakened somehow. A deathtrap usually has a puzzle to solve that can minimize the trap or let them use their powers fully. A Conqueror loses -20 karma for killing one of their own minions as an example and can be used to develop motivational Charisma feats for the villain like: inspire zealousness, retain control or. They spend their karma on building and inventing and spending loot or just securing their loot, mansions and cars around the world. A villain can spend 40karma to reduce the colour of a feat against him. A villain can spend 100 karma to escape. Villains lose karma also for being defeated and again for being convicted (-20) and imprisoned (-10/month). Getting negative popularity makes villains feared and can earn more karma instead of losing it like a hero might.

A Mercenary kills because they have to or for money – they get half the karma a conqueror would and no loss for killing a legitimate target or doing their job. That can do that trap and gloat thing for more karma or just kill the hero if they have a contract. Anybody else unnecessary is -20. Using karma to escape is more important than killing a target. Most criminals use minimal violence but gangsters, mercenaries and hired assassins just don’t care, much.

A Destroyer gets karma for smashing stuff and killing and fighting. They use this karma to smash more, get stronger and kill pesky heroes. This suits giant lizards, serial killers and mindless real estate developers. They lose karma by being controlled, imprisoned or restrained. Other life is meaningless to them, or possibly food or toys. They are usually monsters. Some may be sated with food or dumped on an island or something peaceful. Others must be killed or driven back into the sea or wherever the heck they come from. Even nicest guys will put down a monster f there is no choice.


Defeat foe = their best rank base (+1cs if tough)


Partial moral liability in nearby death -20


Best amaze everybody with a feat +20
Posted by Konsumterra at Wednesday, June 12, 2013