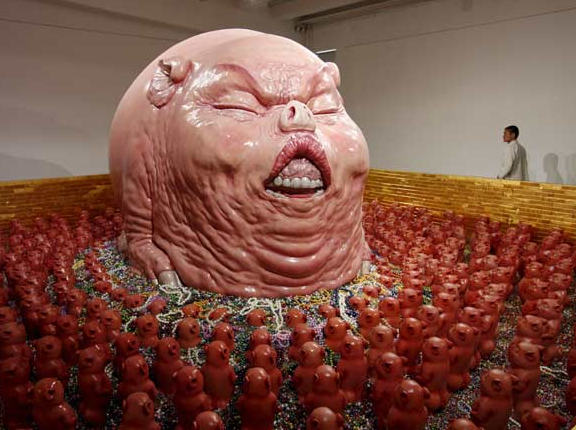 Dont worry its art!
Inspired by release of Mystara PDF of monster book I had some nice flashbacks to early years of monster worship as a tween. I would draw monsters, stat up races, and think about them while face down on desk at school. We had old deities book with Cthulhu so I got to know the big green guy there. If I could have got cheap godzilla stuff then i would have. A VHS tape for thirt bucksy or a DnD book for $20 - easy choice. Now of course I have seen every monster movie id only dreamed of as kid from B&W photos. And Ive seen every version of monster books for games come and go.

One of the biggest tragedies of DnD evolving into ADnD was the changes in monsters. Since I saw a Jock in School library use his claim of mythology knowlege from DnD book to crack onto a girl I realized I preferred many Basic DnD monsters. Some of choices and deviations from mythology still bug me, but others I love.

I like monsters with variants alot. Monsters with links to other breeds are interesting. Variants dont really deserve whole monster entries at times just a extra paragraph. Others like demons and sphinxes vary alot. I have not used a monster book in my game for years. I look up a few stats, mostly HD AC and interesting powers then fudge rest. Sad my brain still full of monster and dr who trivia 30 years later.

So here Is my monster top twelve

Lizard Men
Lizard men from degenerate cave albinos, to space god worshiping Aztecs, dino riders, weird cults, whats not to love. Idea of reptile men is pretty simple one you can alter and vary forever. Every fantasy game needs them. Horror and SF are welcome too. I like the warhammer ones and Lonewolf books for ideas too. So many variants including draconians, fire newts, serpent men and more. RQ had slaarges who i liked too. Really you cant go wrong with lizard men.

Troglodyte
Why call them troglodytes I dont really understand. I would like them no matter what they are called. Troglodyte in one of Sinbad movies is a sort of caveman giant who is not really evil. Buy Gygax or some TSR wizard mad them freaking awesome stinky lizard men. I think I like the crests, there obsesion with javelins and being just smart enough to work for brighter monsters or even wizards. I cant say why I like them so much I just do. I had a Cleric Troglodyte in a party for a long time in late 80s who had stink glands removed.

Kobold
Awesome little bastards. I like all goblinoids types really. I enjoy reading about all the things they get up to in games with traps and more. My evil game city, dodgy craftsmen have slave kobolds do all their work. Party monk now has on in follower he keeps in a sack. He has it hooked on free booze and is a loyal slave. I like the stories of kobolds (or knockers as they are called) molesting mners in old europe. Roman Koboldi with constantly aroused states and drunkenness apparently quite humorous companions once tamed. Im less into more draconian or scaly dog men ones but I have them as common variants. DnD ones have continued to move away from folklore so much here.

Bugbear
I love these walking rugs of murder and ambush. Paladium ones actully bear like which is in one old folklore source. I like Holloway ones with big ears and piecemiel armour. At low levals one is a deadly boss or assasin. At mid level they are highly organized troops and cover ops. At igh level they are still a menace even if ony a giants lackeys. You cant dismess a bugbear. My bugbears cant resist scaring and ambushing. Sometimes they take some risks if bored. They like to scare kids but prefer to leave them for another day of good scaring than eat them.

Beholder
A soccer ball with magic wands on his head? As my games dont usually get that high level not many fights with them. But they make great villains, dungeon boss monsters and have all the charm of Jabba the Hutt. Too many variants for my taste nowadays and I dont like to over use them. Like more as a teen but I should place one in a dungeon map in my Island as a source of evil. A few in the sewers a possibility. I had party find a cute fuzzy hatchling and tjought it a cute fuzzy packman that just followed them to eat party kills. One day it wandered just off, party never saw it. If any monster needed a low level varient this would be it. Perhaps 4HD and one wand eye each. A pack could have different powers and team work.

Rust Monster
I did a recent piece on my rust monster variants. I had the plastic toys this was based on and wish i still had some as I didn't realize connection at time. A total jerk the players around monster that could fit in Fiend Folio for weirdness. I have stone age goblins breed them to fight dwarf who hate them. Never used much but Im tempted to again. Disregard this if your a player in my game. Iron spikes satisfy them mostly in my games. Only idiots attack them.

Salamander
I loved salamanders in myth before DnD. Loved the basic DnD verson. What was garry thinking when he did ADnD version. The ADnD version is cool but just needs a rename. The original one and its Icy cousin were awesome. Why mess witth them? I guess I always thought of gaming as a means of interacting with myth and folklore which is why i was into RQ so much.

Sphinx
I love ancient hybrids of all sorts from ancient east and greece. Making new ones is alot of fun. DnD sphinxes were always great. Kinda Jerks but fun. At least sphynxes had retentions to wisdom and knowledge and can make interesting encounters with talking not just fighting. I loved the love triangle among breeds in MM. A great quest in match making monsters as a quest to get some magical fact could be fun.

Golem
Bronze and bone golems my favorite. Why not in ADnD? Aditional ones of all HD are always welcome. Especially with elaborate magic ingredients and manuals to create. Straight out of Harryhausen and mythology. Iron Golems were neat and always wanted to get a pet rust monster to battle one. Common scare crows are golems made from turnips and pumpkins. Bronze Golem not in 2nd ed Mystara books yet has amber and bone golems. I dont get leaving some of the classics on the trash heap.

Griffon
My all time fave monsters in myths. I dont mind some variants. Have had parties have griffons but the horse thing a big problem. Hippogriffs fun too but breeding them is tricky. I probably like them too much to use but a nest on my Island probably needed. Played on in RQ till I was mutated by chaos and changed bodies with a shadow demon, such is life in RQ. Griffon Mountain/Island one of the best adventures ever - the old book and box set are very different - the first is in Glorantha.

Lich
The best undead ever. Perfect villains and a lesson in where evil magic takes you. As if a 18th level wizard or wizard-priest isn't bad enough. Text mentions magic user or magic user-cleric. Used a mad one with no spells once that was bad enough. All the fun of evil wizard with undead! I dont recall ever seeing a priest type lich anywhere ever.

Devil Swine
Evil lycanthope pig men from hell. Why not used more never know. Cyclopedia DnD left them out? Of course last Mystara book of monsters removed Hell from name (and Hell cat). Heck Swine would have been better. Now just Lycanthope Swine (not wild boars). Tend to be fat merchants, corrupt mayors, crooked merchants totally into greed. corruption and vice. Never thought of a female one till now. I could imagine whole region controlled by these monsters. Three charm spells a day they are a classic corrupter and boss monster. Of all forms of lycanthope to get this would be the best - involuntary change if infected and see people eating. True born ones change easier.Why are they not in your world messing up your players lives?

Please give pigs a chance... 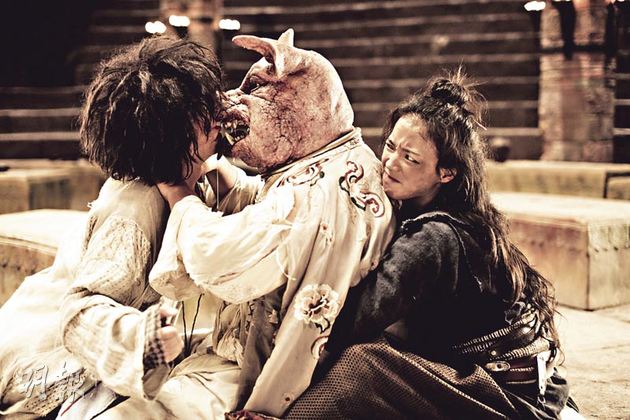 My Imaginary Monster Manual Would Look Like This:
For the record I like most of the oldschool devils, demons, modrons and outer plan stuff

Yaun Ti and aboleths from Forbidden city module rock too. I sadly can imagine a reptile world where humans live in ice lands like West of Eden like Harry Harrison. Time travel or a lost valley changeless since those times a possibility too. Dinosaurs are super cool and are good to reskin when bears are just too puny. Noticed DnD dragons need + weapons to hit? I now want older red n blue books even more now after tracking down all this.

Chimera - all the ancient mash up hybrids

I would do monsters under set up like this. Many monsters could be broken into kits to create monsters instead for any level of character. Random tables of sub species or to create new sub species would be great. Only so many 1HD humanoid stats I want to read. Most are just reskins and not that amazing. Each description would have paragraph of folklore or inspiration for monster so you could play that version. Someone suggested an annotated 1st ed MM would be good idea. A few bloggers have filled in many sources of monsters.

My only hard copy at moment is 2nd ed folders, a gift from a player who had 3 copies abandoned at his house. I cant find my favorite demons sniff. This format did some great amalgamations for some monsters into single entry. Others put together pointlessly. Too much description wasn't helpful either. No room to move as a DM. 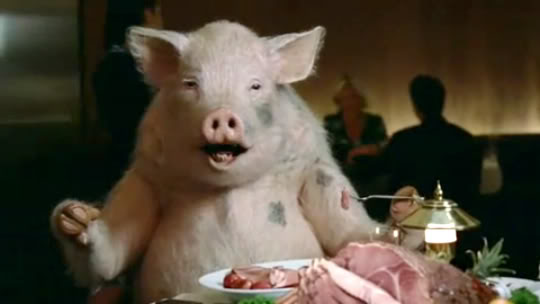 Why no taste guide to dining on monsters?
Posted by Konsumterra at Thursday, June 13, 2013