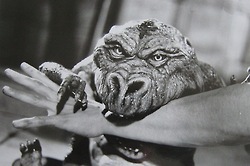 So the party helped the dwarves clean the dungeon and prepared to challenge the white lady and her false claim to the throne. Mostly non stop fighting and running today.

Most of the party set up an ambush and sent a letter to the lady asking for aid moving the treasured artifacts of the barons clan. The monk with the real treasure snuck into town. Only half the intended riders arived at ambush (entangle and sleep made fast finish), party tied up men and went to see what was up. Forest the monk with a sack of relics was met by the rest of the riders and so jumped into a dangerous river, throwing off a charm spell from the white sorceress. He crossed it and the rest of the riders came around the river via the bridge. The party came to find the riders searching and a fight ensued, but the captain fled crushing Amybyr's dog to near pulp on horse. The monk showed relics to militia and convinced them the riders not to be trusted. Came into village and went to ladies tower. She had polymorphed the captain into a lion and fled. With her secret bugbear body guard, the lion attacked. The lad Douglas was mauled and a few were hurt but the party was victorious. Have a evil high level sorceress after them now but the lawful Barron pf Goblin Mountain healed by relics and invited them and empire to use white lady's tower. Empire troops came at last, the ones who went via Kracken cove were never seen again. Goblin mountain Barony officially part of empire again and saved. No goblins left though so a name change coming. Everyone still tense about Skullport Barony and the Empire manoeuvrings. War seems unlikely but something going on.

Then onto the cult tunnels under marsh village to hunt the reptile god shrine. They entered at dawn and evaded bonesnappers (mini red Kirby t-rexes), lizard men and  troglodytes beneath the burned out temple mostly asleep. Found orders for recruit quotas so cult desperate for new members. Interrogated a dead cult sub leader with wine goddesses powers and determined the reptile goddess was some kind of monster with charm powers. They stole robes and asked a cultist for directions. He took them on secret tunnel path to the prehistoric swamp temple. Shown how to get past bonesnapper guard and traps they were put to work in kitchens. Party took charge when left alone and bullshitted way past barracks into the goddesses antechamber. The incredulous chamber priest called an alarm and trogs and lizard men swarmed in. Sounds of creature rustling in coins were heard. Party Entangled and napalmed the only corridor, while killing priest and guards. Furious dark Naga goddess attacked and failed to charm or poison anyone. Douglas almost dead again with Dwarf and Thief followers fighting well.

Killed the Naga releasing cultists and creating chaos. The lizard men fled. Found over 30,000 copper pieces and brass vessels and platters, a few potions and a naga crown. Mildly evil relic allows speak to scaled beasts. Bard used this with ancient temple scrolls to learn to read lizard men. Party brought villagers home and were treated as heroes. Building a shrine to the wine goddess now in joy. A new mayor and sheriff were elected and Secret police from city gave party a scroll worth 200gp at city mint for heroic services. Wagon load of treasure ready for market. Party all now 4th level after finishing two adventures off same session. Actually brought peace to land, have accommodation in dwarf dungeon, the white ladies tower, marsh and greenwood village. Party merged with old party now same level. Villagers want to move road and build a new inn so that passing scum dont need to enter the village again.

All keen for city adventure next. Id better get my mid level monsters a study. Party not wimps anymore and need a good test. Bard studying the lizard men history and of other possible ruins, wants a domestic bonesnapper as a steed. War Goat Plate barding ready too. Humblezorg spent time with his evil cat, lawful devotions and looking for his missing dog (marc sick but carolina back so all players meet next week). Lots of NPCs and allies for party now. Now core lands opened up for niceness not evil and the Empire have two bases. Party already thinking of beyond evil swamp and of wiping out Kraken Cove. City should be viable for a 4th level party. Players will get some place naming rights a bit higher level, grassland roads are getting safe. Barron of Skullport and Empire each marking out village sites as means of massive land grab. If Elves joined a side or one of the evil wild lands could be cleansed the Island fate would change forever.

Party get to be adventurers, diplomats, explorers and heroes. As agents of the Empire they have legitimacy and just cant be killed as meddlers like other adventurers in past. Have another good dungeon attack in a few sessions. Plot threads from two years all wrapped up on Exile Island.

Will need to start scanning my Banister Fletcher architecture books for my next big project, a follow up to my Redbrick dungeon book. Gothic Crypt tables would have been very handy. Have used Redbrick book lots and been accused of being well prepared and planned it all so i guess that's good. Need to lay out EMO basic and expert rules too. Waiting over 7 months for art i paid for. Sigh...

Blogging suffered a bit by actually gaming so much of late. Have more ready to use pdf work too so may not be so crazy here. Most of my writing here was play prep or blogging old journals and campaign folders. Questions and requests do get me motivated here.
Posted by Konsumterra at Tuesday, June 11, 2013