What do I do with all these petty gods? 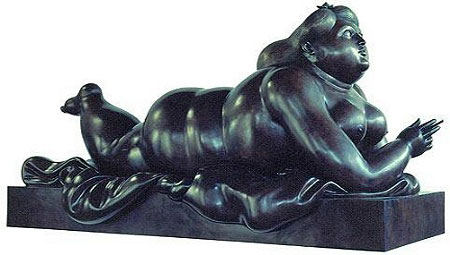 
This is some notes for using Petty Gods in play.
For details of the upcoming book see gorgonmilk.blogspot.com

Most players are familiar with the big guns of historical mythology like Isis and Odin and Ares but many are not so up on what role do little gods have. If you have ever played Greg Stafford's Glorantha the concept is a little more familiar. May gamers are comfortable with the idea of a pantheon of major gods with domain over worthy big ideas like war, kingship, love, fire or nature.

Sargon of Akkad (23rd and 22nd centuries BC) one of the worlds first emperors conquered dozens of independent city states each with a patron god. Some of these had wives and children who were gods too. Some had servants like gate keepers and lamp holders who had minor roles in the city cult. Sargon couldn't have everybody saying their favourite city god was supreme, so along with introducing a single calender, written language and other sweeping changes to make the empire run smoother the idea of the gods as a single family or pantheon began.

Ovid's metamorphosis did the same thing for Rome - the book is a description of a history of the world up to the deification of Julius Caesar. Most of what we know about Greece is really Athens. If you read Robert Graves Greek Myths and some works by HDF Kitto (Humphrey Davey Findley Kitto) you get a sense that ideas of the gods lineages and relations could vary in other cities and in rural areas. Organised big state religions approved by empires were very different to the little gods of the common folk. The Hindu's have been said to have over a million gods. While the big guns like Indra were for conquering Brahmin's and military aristocracy and state priesthoods, a local tree or well divinity may be more important to local common folk and be unheard of in the next village.
It is all very well for an empire to have mighty gods but the little gods were more personable, local and more suited to the needs of the ordinary. Some could be a legendary ancestor. Perhaps an animal of significance to the locals. A strange rock or tree or landmark might well have a small god. The various nymphs and sylphs and satyr may be worshipped and they may be kin of greater gods. Some great gods may have lesser servants like a scribe or messenger or minister which may also have more in common with an urban palace official or typical tradesmen. Some petty gods could relate to a single vegetable or house hold tool or a minor holiday (holy-day). A king would not follow a god of cheese moulds but the cheese maker would. What we would normally regard as a spirit or demon or even a local forest monster might actually be a petty godling.

Pazuzu (the demon mentioned in the exorcist) is a son of a greater wind demon Hanbi. He has a panther face and 4 wings and claws and a snake phallus but actually he is more of a useful ally. He would be evoked by healers and commoners to scare away other demons. He had a rivalry with a child killing demon Lamashtu and would scare her away. His amulets were put on children's cots to keep her and other demons away. Mind you demons in the Babylonian world were not always enemies, many dispensed punishment to the wicked on behalf of the gods or acted as bailiffs who carried those avoiding death to the underworld. They were the bitter venom of the gods and not just persecutors.

A mound of an ancient Viking king may become associated with elves and local goat herders will begin leaving them small bribes or unwanted infants to appease the elf mischief and protect their goats. While elves in the mound may have a whole magic kingdom with and their king and queen might become petty gods. In pagan Russia you might find a grubby hairy dwarf under the barn is a petty god. A wild forest man petty god might make life hard for unworthy hunters. Locals may avoid swearing to not offend the being and leave it treats. The pets of a God like Marduk's dogs Biter and Grasper may be called on by a hunter or shepherd or even a soldier. Woe to a stranger who offends such a being.

Some of these petty gods while potent in some regard, might only have a shrine, even that could be within the temple of a greater god. Small amulets and figures might be carried or decorate a hearth. In a hex crawl wilderness adventure any landmark could have significance to the locals such as a stone you could crawl under to become an adult with an attending petty god. A ghetto might have a petty god for a gang of thieves. A Russian tribe who had been Roman mercenaries hundreds of years earlier might worship an Emperor. Such a tribe may have moved many times far away and be re-imagined in local traditional clothes and weapons as a petty god.

In terms of a fantasy role playing game you have many ways to introduce petty gods into your setting. Making them more common in rural areas or among the commoners is one approach. It is unlikely a petty god would grant powerful magics to a adventurer cleric but a country wise woman or a village elder could reach third or fifth level. A petty god may be more likely to be local and intervene or interact with mortals than Zeus. Such a god could offer advice, a quest or aid.

One use is as monsters for higher level heroes to battle. In the early days of DnD with tomes like Deities and Demigods that is often how gods were used. Why would you give them stats and HP if not to fight them? Even though many were very powerful, some were not that much greater than some of the lords of Hell in the old Monster Manuals.

A petty gods shouldn't appear in a gang in a room for no reason or as a random encounter as a rule. Meeting a petty god and slaying one should be a significant event. A petty god may have a cult who hunt their gods slayer down. A petty god could be raised by a greater god, or recovered by a quest or return changed. A slain petty god might be released from the underworld by his great uncle the gate keeper and return with new frightening undead abilities. A petty god may even plot some horrible revenge or a curse. The cyclops in the Odyssey called on his father Poseidon to punish Odysseus and that got him cursed to be lost and wander for a long time. When Gilgamesh killed the Bull of heaven and Humbaba the forest guardian, other gods were angry and his best friend was killed as punishment. Killing a petty god could launch a whole campaign and is a good way to begin a game where increasingly greater gods mess with the heroes lives.

A petty god might appear in his holy place with a cult or some other monsters (possibly his kinfolk). A petty god may guard a relic or holy place to keep humans away from something the gods keep for themselves like the secret of immorality, a gate to the underworld, a cave of gold or a grove of sacred trees the queen wants to make a bed from. A petty god might act as a magical ruler over other spirits and monsters in a region. Long lived races or prehuman races may have an established relation with such a god that humans usually don't. A petty god may be a saint of a greater god, or the offspring of some romantic liaison with a greater god. Some mortals could be blessed or cursed by a great god and become a petty god. A petty god could even be built by a cult but other older gods might be displeased. A god might even build a petty god them self as a servant or lover.

Petty gods might be used to punish adventurers who push around villagers or common folk, so players learn to give them a little more respect. How do you think farmers cope when giant bugs burst out of the garden, or orcs try to burn a village? Petty gods might not slay the cosmic chaos dragon but some unruly undead or a werewolf or minor demon would be just fine.

Petty gods may make a strong impression on their mortal followers who may come to act or dress like them, even if it just means they wear a turnip shaped woollen hat in honour of the turnip god. Some village may even exhibit unusual features attributed to a petty god like blue hair or bird feet.

Stranger uses for petty gods could be letting players all pick a petty god for a character for a high level one off adventure (look out giants!). A petty god might even join a party of act as a guide in some other plane. Particularly strange characters could even aspire to become petty gods. Or could awake from magical slumber to find they now have a cult and even begin to exhibit some strange abilities.  Perhaps their secret divine ancestry could be revealed and new powers and weaknesses be granted.

Whatever you do, petty gods are a great opportunity to mix it up with divine powers without cheapening the power of the important mighty ones. They should be busy managing the universe not getting their butts kicked by mortals. Interactions with petty gods might shape the greater gods opinions of parties and be used to gradually expose them to higher powers. There is plenty of gold in Petty Gods, how you use it is up to you.
Posted by Konsumterra at Monday, April 01, 2013