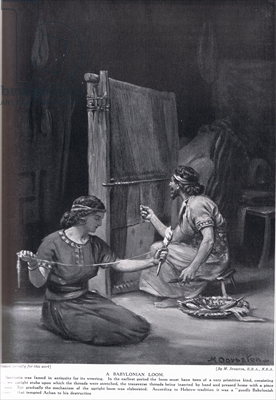 Proficiency systems and various manifestation have always been a problem. Various additions to theses systems have been applied.

The biggest problem for DnD game family was too many systems to resolve stuff.  Attributes provide bonuses but dont themselves get used. I am sympathetic to gamers ditching stats, and only mentioning them if they have a +1 or +2 or +3 and otherwise a stat isn't even worth mentioning.

My main approach has been to use stats for saving throws and for NWP. One of my earlier posts on Attributes for EMO DnD has some more on this and my changes to charisma and extra uses for wisdom.

Main flaw in NWP as presented in second edition was improving skills. Also lacked improvement per lv. Also that Rogues had a separate skill system which is insane an silly so I have made my thieves the NWP masters. Every Lv they get a new cunning trick lke a wizard gets a spell and a warrior learns a weapon. This gives thieves more abilities with a higher base success and makes them the master of non magic/scholarly NWP. My thieves here: http://elfmaidsandoctopi.blogspot.com.au/2012/11/emo-dnd-classes-pt-4-rogue.html

I have been pleased by this in play and players enjoy more weird abilities that shape who they are. I have stolen some feats for proficiencies too. Had to draw line between learnable abilities and outright magic a bit differently. Have produced wizards and priests who want lore and magic enhancements, diverse rogues and warriors so it paid off. With these and my class sub types i dont need a million character classes - 4 do for most things.

The biggest complaints I get about skill systems:

Too many choices!
What? But not too many spells or feats or magic items or other stuff. I understand trawling through lists can be intimidating. Thats why all my classes have example sects and varieties with example WP and NWPs. This lets you follow the example for a quick character till you get used to system and have time to digest them. Have also put most useful NWP with a # to help pick the most important ones that a party needs most often. Will do a basic emo booklet with less NWP listed for newbs. Put into groups and listed groups by player request to make lists less long. Has made editing with my classes tricky but will revise all foe compatibility.

Takes away role playing!
DnD most common roll is a an attack roll. In BRP and even Rolemaster fighting is deadly and avoided so skill rolls are more common. Call of Cthulhu game focuses on investigation and problem solving rather than tactical combat. BRP skill system defines your whole life experience to date and everyone is uniquer person with less slavish stereotyping of character classes. So I have always found this to be a strange call too. I prefer to use as a shortlist for ideas to solve a problem and a shorthand to roll playing rather than a replacement. Ive had players real knowledge destroy adventures with real knowledge so a skill roll might be made to see if character has player knowledge as a self imposed limit. I had ex millitary player who had to really struggle at not doing horrible things in game play with his real experience based skills. Good roleplaying should give extra bonuses too.

My class system is predicated on proficiencies
Its what makes bards and rogues and warriors as special as magicians. Magicians are up for the odd NWP tricks and magic enhancing techniques and strange lore. After first level cross training is available and I allow classes to learn NWP from other classes if they have a teacher. INT bonus provides slots that can buy any proficiency at 1st level. I dont mind odd weapons being used by wizards if they are very keen, or a warrior learning a rogue skill. Training rules here: Attributes for EMO DnD

Some proficiencies like sneak and hide or certain craft skills can be rolled together for convenience or possibly enhanced affects as per below. One roll for every skill used in round is permissible.

Some NWP can give a +1-4 (possibly more) bonus (decided by DM in situation) to another related NWP.  like Tumble and Acrobatics could each give give a +2 bonus to Jump for a total of +4. A survival skill roll could benefit from plant lore, hunting, forest lore river lore for +8. If your that committed to the wilds it should like home. If a theif acrobat has lots of awesome gymnast NWP they shoud be compliementry. These are decided on a case by case basis with the player or DM able to make suggestions. Be generous if lots of skills overlap.

Many NWP like spot or climb has a base of 1/2 the normal stat if anyone could give it a go. Anyone could try to balance on a ledge. A High DEX thief probably A better risk at balancing on a ledge than a drunk clumsy dwarf without special training. A party without a good alert member with a sensory NWP will have more fights, get less loot, miss more stuff because they will be rolling under half their base attribute to detect enemies.

Good role-playing could give a bonus +1-4. Most especially in interpersonal skills. Waving a severed head could provide a hero a bonus on intimidate, leadership, etc.

Often a skilled person does not have to roll in a non stressful situation.

The stat used could vary in different situations.

Animal Handling CHA %
Can use to control, calm, herd, tame animals, use common trained beasts and predict their behavior

Animal Husbandry WIS
Can breed and farm animals for food, wool, milk, muscle power or other qualities for a living

Animal Trainer CHA
Can train one species such as horse, dog, hawk, falcon for basic domestication as well as fighting or guarding or advanced tricks by spoken command. Choose species per NWP slot.

Artisan DEX
Make superior craft goods decorated with artistic quality representations of persons, scenes and beasts, enhances all other crafts and make more valuable and artistic. Can draw designs to most modern standards for craftsmen to follow

Carousing CHA %
Survive when drinking, screwing, gorging and partying on the cheap because you are so fun to be around, avoid dangers of party lifestyle, be entertaining guest

First Aid INT #
Can stop bleeding and treat minor injuries, stop dying from wounds if in negative hp, revive unconcious person, +1hp to any treated after a fight, can stack to healing NWP

Fishing WIS
Catch fish with nets, bows, spears, rod or reel and gather food from water bodies. Fishermen get no penalties for hitting targets in water due to refraction or water resistance

Gongfarming CON
Expert in sewerage, waste removal and drains. Can value waste and use by products for industrial use like tanning, treating wool, cleaning, etc +2 Save vs disease or +4 vs nausea of decay

Inn Keeper WIS
Can keep business or running hotel going, serve drinks and food, provide board and other services

Merchant INT %
Basics of trade practices as well as weights measures and basic counting and evaluation. Can count up to a thousand or 100 000 with an abacus

Mortician WIS
Prepare dead according to local custom including mummification and embalming and taxidermy, can prepare to prevent resurection, undead or avoid accidental burial of comatose persons

Repair WIS #
Can improvise repairs almost as new with basic or improvised tools and materials, a quick fix could hold for a task. Not always pretty

Scribe DEX
Make paper, stylus and can make decorated manuscripts and books does not include knowledge of languages or of more than alphabet and basic counting to 100. Artisan and calligraphy make you even better, bookbinding too

Service WIS
Know how to be successful servant, slave, groom, housemaid, butler of superior kind, including managing a household and tending your superiors, ettiquette gives you ability to fit in with upper class and royal masters. Clean and rearrange stuff to look nice.

Sing CHA %
Is a talented singing professional who can entertain groups and earn food and drink or life. Know songs for all occasions and  possibly some occasional historical knowledge of your home or from common circulation (Song Lore specifically does this better).

Story Teller CHA
May entertain for hours with tale of heroism, tragedy, horror & humour. Some possibly usable history but enhanced by other lore NWPs)

Swim CON #
Can strongly swim, dive, rescue others confidently while others flounder to stay afloat or just drown

Tailor DEX
Can sew to make and repair clothing, or sails from various materials in various styles

Tattooist DEX
Can make attractive traditional designs on skin to brand beasts and people. Can also pierce and scarify, Artisan lets you do this and be innovative and spectacular

Folk Lore WIS
Know the ways of common folk and local stories of hauntings and curses and such which might give clues or just entertain, use to impress commoners

Halfling Lore INT
Know legends and lore of Halflings including their people, kingdoms and live stock

Kingdom Lore INT
Know legends and lore of kingdoms and history of their rulers, borders and peoples

Sea Lore INT
Know legends and lore of the sea and coastal lands including survival, peoples, kingdoms and animals

Song Lore INT
Know legends and lore from songs which may include fragments of history, religion, heroes and treasures

Tako Lore INT
Know legends and lore of Tako including their peoples, kingdoms and live stock

Weather Lore WIS %
Know the seasons, animal bird migrations, food and water availability, shelter needs and can tell the time and rough date outdoors. Can predict next 6 hours weather and wind direction if outside. This saves lives, helps with farming and sailing and travel