What DnD character am I? 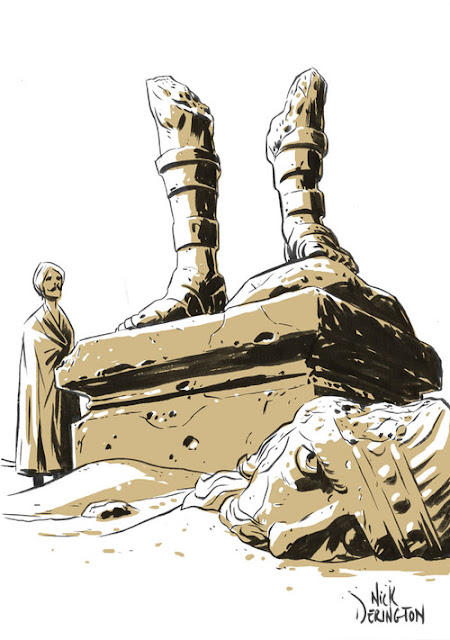 What DnD character am I?

Alignment:
Lawful Good- A lawful good character acts as a good person is expected or required to act. He combines a commitment to oppose evil with the discipline to fight relentlessly. He tells the truth, keeps his word, helps those in need, and speaks out against injustice. A lawful good character hates to see the guilty go unpunished. Lawful good is the best alignment you can be because it combines honor and compassion. However, lawful good can be a dangerous alignment when it restricts freedom and criminalizes self-interest.

Race:
Humans are the most adaptable of the common races. Short generations and a penchant for migration and conquest have made them physically diverse as well. Humans are often unorthodox in their dress, sporting unusual hairstyles, fanciful clothes, tattoos, and the like.

Primary Class:
Monks- Monks are versatile warriors skilled at fighting without weapons or armor. Good-aligned monks serve as protectors of the people, while evil monks make ideal spies and assassins. Though they don't cast spells, monks channel a subtle energy, called ki. This energy allows them to perform amazing feats, such as healing themselves, catching arrows in flight, and dodging blows with lightning speed. Their mundane and ki-based abilities grow with experience, granting them more power over themselves and their environment. Monks suffer unique penalties to their abilities if they wear armor, as doing so violates their rigid oath. A monk wearing armor loses their Wisdom and level based armor class bonuses, their movement speed, and their additional unarmed attacks per round.

Secondary Class:
Sorcerers- Sorcerers are arcane spellcasters who manipulate magic energy with imagination and talent rather than studious discipline. They have no books, no mentors, no theories just raw power that they direct at will. Sorcerers know fewer spells than wizards do and acquire them more slowly, but they can cast individual spells more often and have no need to prepare their incantations ahead of time. Also unlike wizards, sorcerers cannot specialize in a school of magic. Since sorcerers gain their powers without undergoing the years of rigorous study that wizards go through, they have more time to learn fighting skills and are proficient with simple weapons. Charisma is very important for sorcerers; the higher their value in this ability, the higher the spell level they can cast.

id totally play this
Posted by Konsumterra at Thursday, April 25, 2013