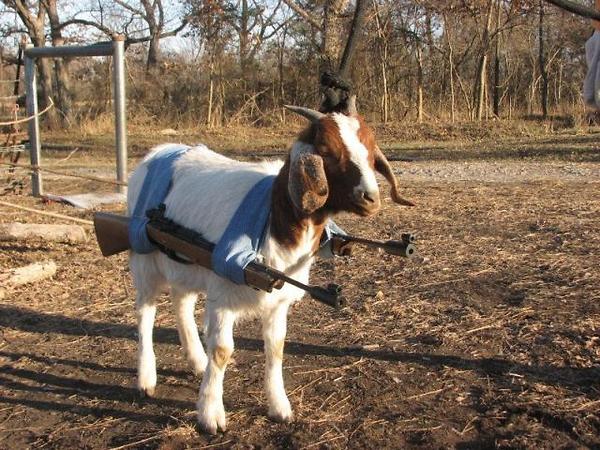 Once again for the exact mechanics and classes fer the petty gods format  ima a bit fuzzy on but here is a one of my favorite characters ever fron a gonzo non Gloranathan Runequest game i played for probably 6 years. If I ever write a fantasy novel i wish it could be her biography. These guys are more cohorts and weird sidekicks than petty gods, not even heroes really.

Nanny Binx if a former Wizard familiar who outlived her master and gone on to be the greatest nanny goat ever and a champion of domestic animals. She has had her body enchanted by one of the greatest wizards. She follows adventurers around and radiates goodness and gives her healing milk freely (1d6 per person per day). Wherever adventurers stay she  performs a ritual to make all local barn and stable animals sentient and teaches them her basic philosophy and some spells if time. She has convinced many to worship the earth goddess to help her fight evil. She may follow adventurers for a while or for years. She can talk but reluctant to. Then try getting her to stop. Her animal spies inform her of local cults who harm animals.

She usually butts bad people with her horns and anyone she hits on a natural 20 must make a save to resist being knocked over. When pressured and with help fitting it use her demonic skullcap, from a demonic king made of infernal black metal that is +5 headbutt wich inflicts harm to creatures only harmed by certain metal or amount of magic. Any being hit reaches zero and fails a save vs death, has their soul drained. Nanny doesn't really like to use this as demonic evil isn't really her thing. But in face of unspeakable evil she will fight and is usually not taken seriously by opponents.

Nature spirits, elves, sentient animals and even beast men get along well with her and some of their bards sing songs about her. At a few battles surprise and strange allies appeared to aid one side. Humans are oblivious to her decade long project to battle evil. She doesn't bare any malice to kind humans. She has several kids a year for centuries, many her agents. She can cast spells as a 15th lv Wizard and a 10th level Druid.

Milk-bucket of the GodsThis divine bucket looks quaint and has high quality folk patterns, it can be used to keep magical or divine milk for ever and it may be found full or with just a taste. Normal milk lasts four times as long in this but some think it a trifle. Good and evil milkmaids and cowherds know the truth and priests of different alignments battle for it. Many goddesses and monsters have magic properties in their milk, if they would just stay still and be convinced to cooperate

This adorable imp chomps pipes, cigars, drinks beer and likes ladies. He is only a foot tall and more selfish and comedic awful than intentionally evil. He likes to help adventurers and make wisecracks about everything they do. He can turn invisible at will and uses this to spy on people or for pranks and is willing to ambush or hotfoot someone with his hellfire breath. This can harm beings partly in other planes or non material beings.

Behni ads a touch of cheap evil vulgarity and comedic anti climaxes. He will annoy a band of heroes and be less evil to those who tolerate him and give him booze or something to smoke or a better tiny hat. If the party dont see him a while he will have had been promoted and will remember them fondly as he rises up the diabolic ranks. That cute stuff and hanging with the party was just a gimmick to survive. When someone who wronged him is alone and in peril Behni may appear with a soul contract and a bad deal.

Imp Tongs
These magic tongs can be used by anyone as if proficient to hit an imp. The Imp can then be trapped in a bottle and sealed with a blessing it is magically imprisoned. Imps offer service for freeing them or offer to grant a wish as best they can which means they murder some one in their sleep to rob them for that thing you want unless you say not too.  Explicit contracts with lawyers can help in making a pact to command a bottled imp. They also like corrupting others to the evil path so they may serve for years in hope of winning a soul. Behni the Imp says Imp-kind totally hate these things and the Archon who makes them.