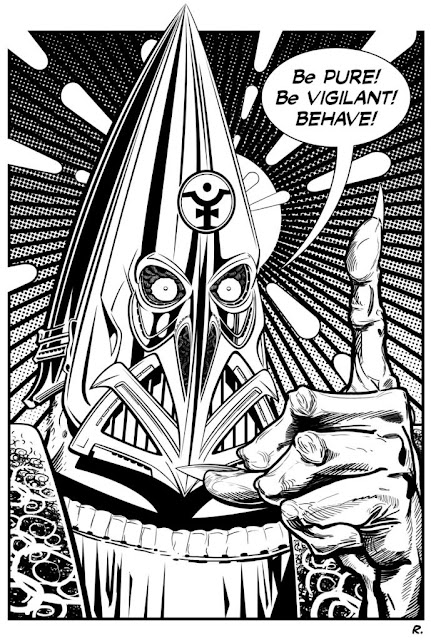 The Sleeper Awakes!Occasionally you in game have characters resurrect some ancient corpse or undead, or un-petrify some ancient statue or find someone in some magic container sealed for ages. This is a lazy table made to smash this and crate some npc's of past eras of my setting. Populating a whole basilisk lair with statues can b don fast with this.


Here are some more What Happened's suggested by Humabout:
13. Frozen in ice
14. Ghost of NPC bound to a specific object
15. NPC's mind trapped in a monster's body; presumably his body has the monster's mind trapped in it
16. Stuck in magical trap
17. Trapped in a bottle/lamp/container
18. Wandering with magical amnesia
19. Driven a bit mad and obsessive by isolation/magic/That-Which-Man-Was-Not-Meant-to-Know
20. Stranded by a one-way gate

Posted by Konsumterra at Monday, December 31, 2018