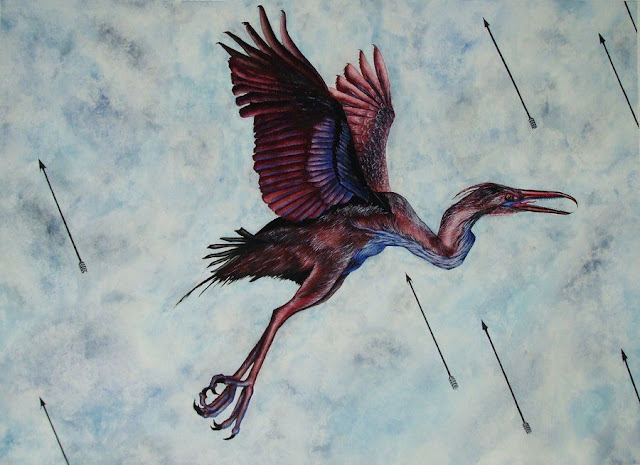 Stymphalian birds have bronze beaks, iron feathers and are size of a stork but ibis like with a straight beak. They establish colonies and make a nuisance of themselves attacking people and scattering poisonous dung everywhere killing trees and crops. By nesting in swamps well armed hunters find it hard to confront them. They will migrate if the colony is threatened. They are often sent as a curse by the gods and are the pets of gods but they may aid mortals confronting them. A small colony is 6+d6, medium 12+d12 and a large 20+d20 with mega colonies of a hundred forming rarely. They will soften up victims from air with missiles before risking close combat and although vicious will flee to fight another day.

1in6 are weaker specimen with d4HD and a single d4 damage melee and missile attack
1in6 shoot 4x shots of d4 each instead of normal amount
1in10 are huge specimens with 4HD ground move of 9 with d6 claw and bite and live alone
1in10 require magical weapons to harm them
1in20 are in fact women cursed by the gods and they live in caves or isolated refuges from humans in human form but with bird feet. As birds they are savage and have no control over their activity. Only by night are they human but they are shunned as witches and cursed by commoners. They are tragic and pitiable, meloncholic at their plight

2 A colony of birds has moved into the area and locals fear for a band or orphan girls who have moved into a cave in area
3 A wealthy man has offended the gods and the birds daily raid his estate
4 A colony nests in a ancient ruin and has kept treasure hunters away for centuries
5 A potential trade route has a colony and merchants want them cleared off
6 A noble wants some birds captured to use their feathers as arrowheads
7 A blacksmith has noted the birds eating bog iron nodules and wants them cleared away from a potential fortune
8 A wicked man has tamed them and uses them to assist his evil deeds
9 A villain has a magic rattle that he uses to drive a colony to areas of his choosing
10 A lamia has a colony to guard her lair for centuries where she keeps her male slaves, now she has charmed a noble youth 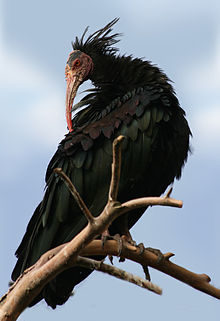 Posted by Konsumterra at Tuesday, December 11, 2018