The Dungeon Infiltrates the Outside World 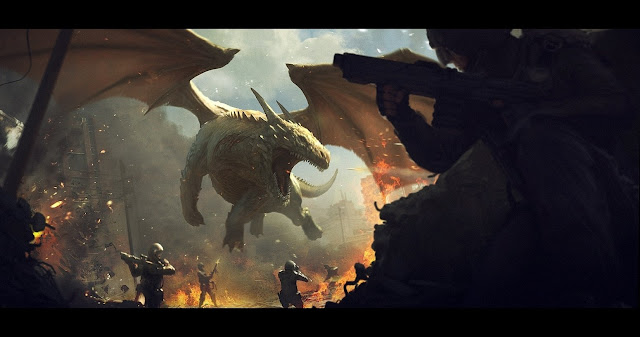 So this is for things in the dungeon inexplicably leaking into the real world in my modern vs dungeon dimension game. Missions like this start increasing and ppl begin to ask who is invading who. Possibly all that treasure and magic brought from the dungeon is changing the universe (adding to mass of the universe?).

In the Maralinga nuclear test site base gate has a huge area of no go irradiated wasteland far from anything acts as a barrier. The Lucas Heights reactor is in suburban sydney. Of course some of the other gates around the world are operated more questionably and things from their might be leaking out more (or worse the dungeon might be in control of gate or even politicians).

So these are missions where dungeon kill teams are sent on search and destroy quests against dungeon inhabitants visiting earth. Keeping civilians and non Experimental Operations Command personnel in the dark is key. Also some mission might require plain clothes to hide military presence. Veteran dungeon monster killers are the most successful. Carrying out these missions might prove you can be trusted enough to be allowed out of the dungeon on leave. All personnel are strictly monitored for spending and contamination. Any personnel who have become non human will unlikely be allowed out but disguise might work for some missions. Too many missions like this mean the dungeon dimension invasion is underway. Many captured creatures will be kept in a facility within the gate to minimise dimensional contamination.

Will do some deep dungeon missions soon
Posted by Konsumterra at Monday, August 20, 2018