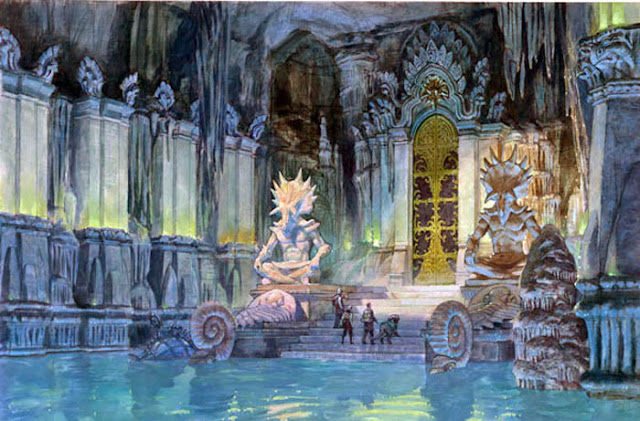 This is a extension of a previous dungeon spirit post. The dungeon is alive and can be dealt with like a intelligent but usually malevolent. Yes you could meet the dungeon spirit in a humanoid or monster or spirit form and fight them. Killing such a spirit only makes them unable to assume a form for a week to a month. Some dungeons have a heart that can be destroyed severing the spirits link to the world. This is often in the main treasure area or temple and has guards and even the spirit will manifest to defend it. Most spirits are happy slamming doors, rattling chains, dousing lamps and alerting monsters. Greater ones can move corridors, doors, secret doors, traps and more. The greatest dungeon spirits are entire dimensions nested between hell's or other dimensions or part of the abyss. Big dungeons might have multiple competitive spirits or a boss spirit with sub level spirits.