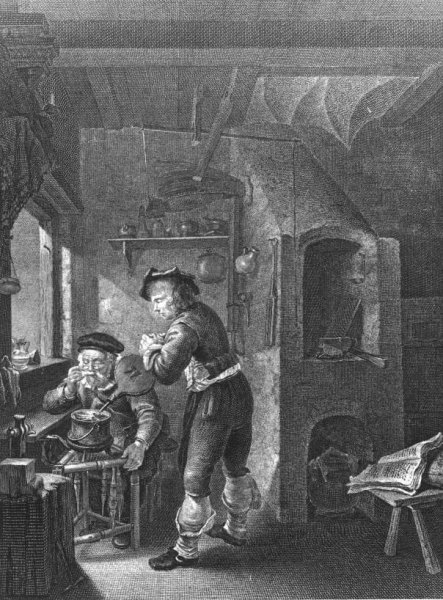 These are mostly in potion form but sometimes powdered. Pretty much this can be used as potion treasure tables but has some unpleasant ones also. I prefer most potions being a few ounces but some might be a quart or even a gallon.

Sometimes potions are made with mistakes or the alchemist or whoever can make inbuilt weaknesses for various reasons. Making batches increases risks of side effects. Sometimes they arise from substitutions in recipes or poor aging (that powder was a liquid potion). A potion pusher might cut the potion with some other ingredient like opium. Such potions might be slightly cheaper. A potion maker can take longer to make a pure potion and use better ingredients and can be an extra 200gp. Some side effects are an improvement. A fireball potion that only harms chaotic evil people might be handy. Potion users often carry a identical healing potion and injected poison potion tegether to stop enemies using them. Some users might resist the negative effects eventualy or have a antidote. If your addicted to a potion you can substitute alcohol or other substance to abuse instead.

d12 Potion Side Effects
1 Only works for one alignment (stops enemies using your loot)
2 Save each use or your addicted (makes users slaves)
3 Mild Poisoning save or -2 all dice for a hour after (stops people being greedy)
4 Mild Poisoning save or lose 10% HP (stops people being greedy)
5 Numb -d4 Dex for a hour after (second potion makes you save or go to sleep)
6 Weakened -d4 STR for a hour after (helps see who nicked you potion)
7 Slowed -d4 MOV for a hour after, speech slurs (its funny)
8 Melancholia becomes morbid, depressed and fearless for a hour (makes more uses wary)
9 Can only use once ever from that formula (1in6 any similar potion you find)
10 Save or tainted with a petty minor mutation of some type (its an experiment)
11 Potion is bigger and longer to apply or drink d3 rounds, is at least two pints
12 Tastes revolting CON save to keep the potion down without vomiting a d3 rounds