A tale of Three Cities 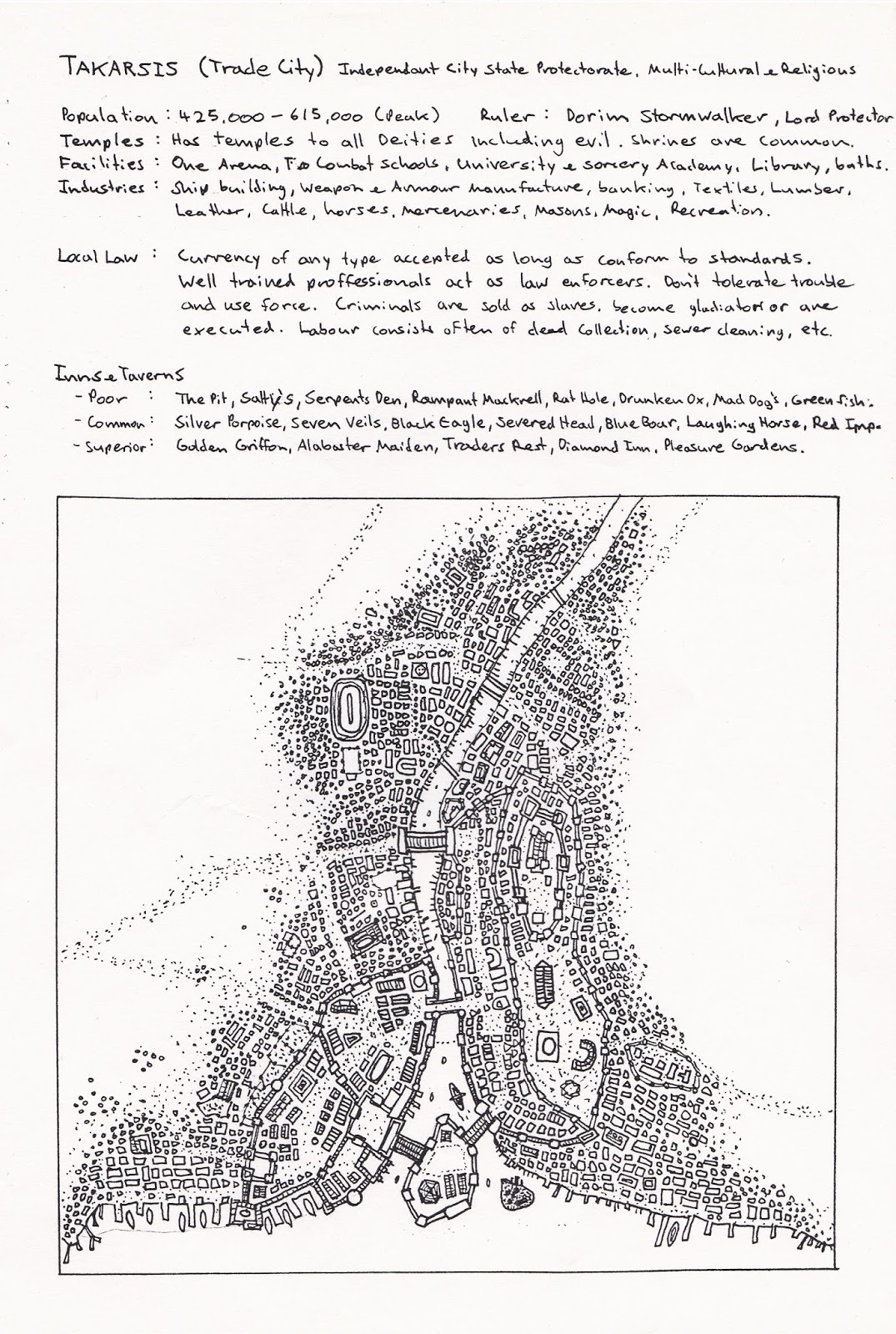 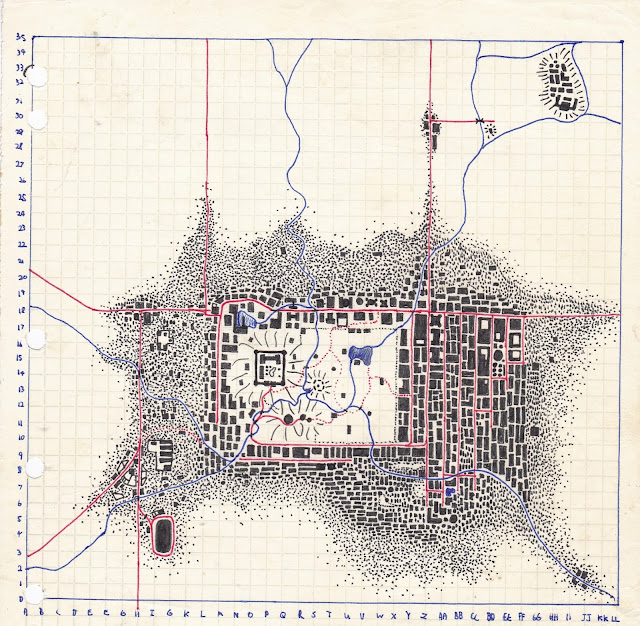 Blogger did od things with these files - reduced lan lo from over a meg to 68k tried again and it doubled. All were same res with Takarsis being 2meg - possibly the cropping did something to blogger but something to note. Will provide links to bigger flickr versions now. When i messed with it changed back into a draft so comments might be gone...

Lan Lo is sorta on the equivalent of the silk road in a desert. Every few hundred years the lake moves leaving salty boggy deposits and the people move with it. After thousands of years there are ruins abandoned as the lake moved. The place is a sprawling mess. Even the current north end while occupied has ruins everywhere and people find strange things like older civilizations art and prehuman things. The ruined area to the south has been abandoned currently for 350 years and is crawling with monsters and bandits and tribesmen. Even the lake bed has remains of pre deluvian ruins and remains of ships. If I used this now I would put to deserts north or Yoon Suin. Is a good mix or european, asian, middle eastern and central asian culture. Slightly based on real ruined city.

Takarsis is a big city in my Barrier Lands campaign. Adventurers hung out there for years. I used thieves world/Runequest cities to generate stuff which was where lots of my experience running sandboxes from tables began

The third one was in my late DnD campagn and was the hub of play for years. It even has a huge park where druids are always about doing rituals and erecting monoliths.

There are elements of all these in my current city setting. I would happily slap these in my world somewhere.

I could expand or update any of these or even try doing a module with one if ppl asked. Saying which best would help.
Posted by Konsumterra at Wednesday, September 20, 2017