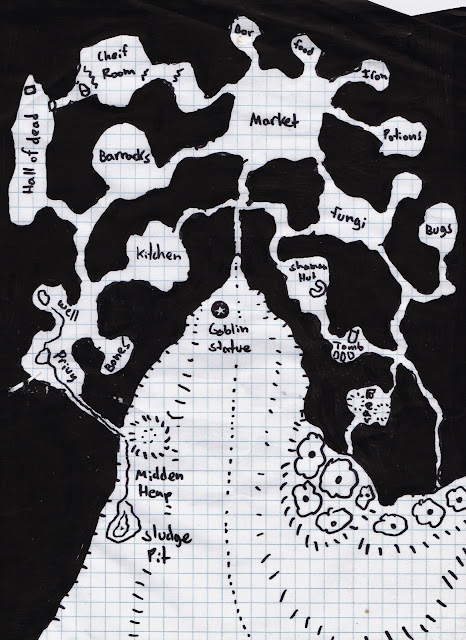 So Ive been scanning away and have several inches of drawings for kids i might bind originals, thrown away heaps, found weird doodles and smut and more about 500 scans all up in a bit over 24 hours. Among gaming gear is several cities, a few dungeons, campaign notes, several worlds some with a dozen maps and notes and some handy sketches. I have a 40 litre tub of notebooks. More recent ones full of notes made on bus transit to work that became blogs.

Im off to shops at midnight to get a new non battery keyboard hopefully as my game of Temple of Elemental evil went poorly without one but i did charm a hydra which i had never done before. When i can get on line and creative suite up will get publishing and looking for self employment as jobseekers market here is shit. In past clients ended up getting me a job so will try that approach.

Some stuff needs some cleaning up and text replaced. But lots I will leave as is and compile into some PDFs. Interestingly I re used campaign ideas a few times. One of more recent ones built around old dnd modules. One surprise was notes for shadelport with bridge drawings and rules of entry and first notes on suburbs.

Map above i did for a beginners game where players supplied themselves in a murder hobo dungeon rush shanty town and recruited some not too dangerous old drunks and went to the goblin markets. A bit of intrigue got them trying to steal stuff from a faction for another faction and the party ended up running away and fighting way out with some odd items through the burial area. Some tried to sneak through the toulet cave or the tombs not suspecting goblins are capable of trade.

Just a little sample of some stuff I doodled on the fly.

The bulk of notes are for my superhero game and all the genres that can encompass. Fantasy stuff easiest to use and process for now and will be dropping lots here day by day.

The wonder of hell sewer table is killing me 75% done and my most revolting table yet.

Posted by Konsumterra at Thursday, September 07, 2017