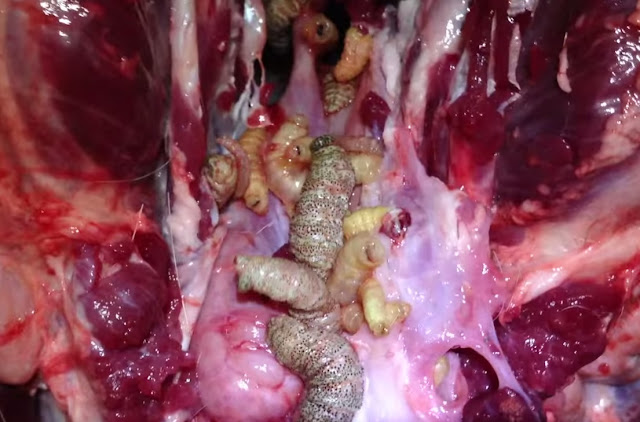 Honestly im still doing Xor. I investigated a rival product and have come away satisfied im still king of meat dungeon settings. Am working on spells mostly. This was a hard one - if i made any terrible mistakes let me know.

This has been a while on my to do list and kalooh kalah! Parasites are here!
Parasites are awful but some have their uses and are even trade items.  Some are more like symbiotes. Anytime you eat unprocessed meat of get covered in gore parasites are a risk. Especially in dungeons and meat wizard labs.

Monsters you meet might have some of these. A dungeon might have one to three being common or a faction tainted or poorest of a faction might be untouchable minority.